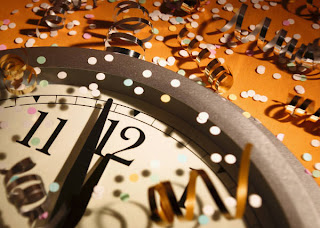 As far as my writing career is concerned, 2009 has been a good year. I didn’t have a new release in 2009, but my Christmas 2008 release The Best Selling Toy Of The Season has done pretty well. In addition, I signed a contract with Whiskey Creek Press for the publication of Return Engagement.

Return Engagement is one of my favorites. I started working on it several years ago and finished it in record time. Ever since then I’ve been revising and polishing it. Every single time I thought I was done with it I’d see something else I wanted to change.

I totally fell in love with my hero, Richard Lovinggod. He’s tall, blonde, and exciting with a killer body and gorgeous blue eyes. He might also be a little dangerous. He works for the FBI, but his father, a US senator, wants him to run for the presidency. His family has megabucks, but money doesn’t impress him. Neither does the girl his father wants him to marry. Sheila is related to the Russian czars, but her cold, superior manner doesn’t suit Richard at all.

Richard lost his heart ten years ago to Elizabeth Lane, but Senator Lovinggood doesn’t think she’s a suitable woman for Richard. Her beauty and talent made her a Hollywood legend, but she’s older than Richard, and the senator thinks she’s probably an immoral fortune hunter. He broke them up ten years ago, and it was the best day’s work of his life.

But some things are meant to be. A chance meeting on a California beach brings Elizabeth back into Richard’s life. And this time he won’t let her go. He has no idea that Elizabeth’s association with him will put her in the crosshairs of a man bent on revenge.

I don’t have a release date and haven’t even spoken with my editor yet, but I can’t wait to get started. I’ll let you know more as I do.

In the meantime, I wish you a bright and prosperous new year filled with health and happiness, and I hope all of your dreams come true.
Posted by Elaine Cantrell at 6:12 PM

Sounds great. Wishing you all the best for publication and for 2010.

Happy New Year ladies. I hope it's a good one for you.