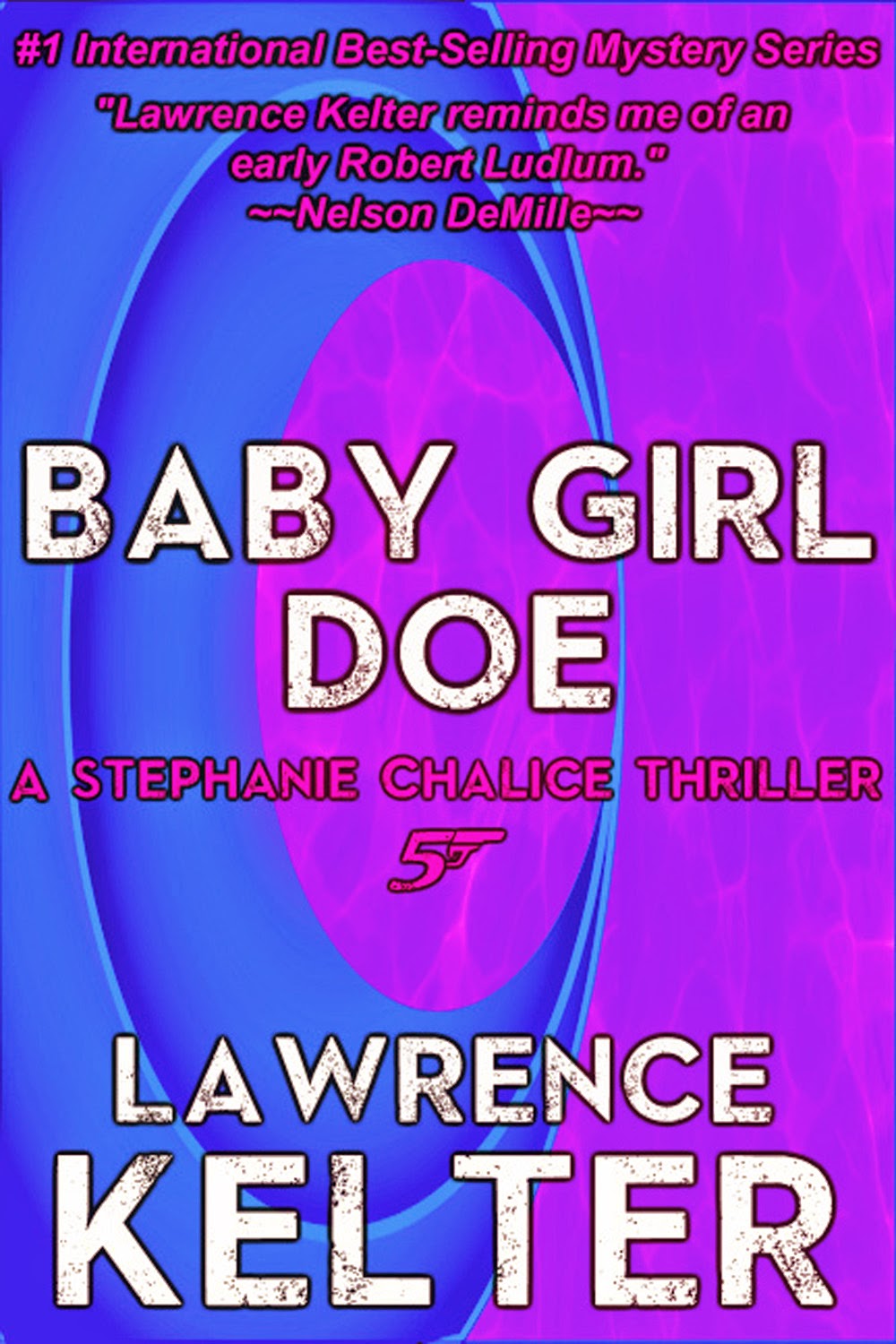 Welcome to my blog. Today, Lawrence Kelter is my guest. Lawrence is the author of Baby Girl Doe. Lawrence, welcome. Tell us two things about yourself that would surprise us.

1)     I was voted The Individual Least Likely to Visit a Library while in high school. If you don’t believe me I’ll scan my high my yearbook and post it on Facebook for the entire world to see. Just a painful heads-up—my yearbook picture is absolutely dreadful.


2)     Nelson DeMille actually picked up a pencil and edited portions of my first manuscript. Way before he ever said, “Lawrence Kelter is an exciting new novelist, who reminds me of an early Robert Ludlum,” he said, “Kid your work needs editing, but that’s a hell of a lot better than not having writing talent. Keep it up.” Mad props to him for being so generous with me. I’ll always be indebted to that man.

What did you hope to accomplish with your books?

I wanted to have fun. I’ve always wanted to entertain and creative writing is my way of doing just that. My goal is to create page-turners; to combine, action, drama, and humor on every page. I want the reader to have a great time, an edge-of-the-seat-glued-to-the-page experience. That’s my mission and I literally can’t describe the rush I get when I receive a positive review from one of my readers.

As most of us know it takes a long while to become successful at the writing game. I’ve been at it for a long while and it took years before I actually made any real money doing it, so … you really have to love it. There are damn few overnight sensations in this business. You really have to buckle down and work your butt off. I’ve kept at it because writing brings me so much pleasure. I enjoy the creative process and there’s nothing quite like the thrill of holding a completed book in your hands. It gives you a real and palpable sense of accomplishment. Beyond this I feel as if the books are memorializing my work—creating a legacy if you will.

What is the greatest test you've ever faced as a writer?

I think the greatest challenge I’ve had so far is creating a realistic, three-dimensional female protagonist. Okay, I’ll let the cat out of the bag … I’m not a woman. Many authors who write cross-gender try to conceal their gender from the readers by using their initials instead of their first name. I on the other hand …  Well I just take it on the chin—good or bad. I’ve really tried to do a good job, and feel that if you put enough effort into your work a good author should be able to write a male or female lead convincingly. Some of my critics have said that Chalice is more of a male fantasy than a real woman, and others say that her characterization is dead on. I guess it’s up to each individual reader to decide. I’ve tried to make Stephanie Chalice an interesting detective, someone who is bright, a wee bit headstrong, and lots of fun. Above all else I’ve given her an intense moral code and a deep-seated sense of compassion.

When I first began to write Chalice, the character in book #1, Don’t Close Your Eyes was a little too into herself. I’ve been criticized for that character flaw and in retrospect understand that the criticism was valid. The original book has recently been rewritten and I believe that the issue has been addressed. Unfortunately those early negative reviews will live on the Internet forever. Fortunately there are far more good one than bad.

What is the best advice you ever got about the publishing industry?


PERSEVERE, PERSEVERE, PERSEVERE! The publishing business has never been an easy one and it’s certainly not getting any easier. Everyone with access to a computer is writing a book and trying to publish it. The good news is that the basics still hold true: Get as good at your craft as humanly possible before you enter the publishing arena. If your work is truly good and unique it will sell. Marketing and hype are more important to your success than every before so remember that after you type the word “END” your real job is just beginning.

If you could meet two authors, which ones would you pick and why?

I’d love to meet Thomas Harris, because he is the modern day master of suspense. I’ve read Red Dragon and The Silence of The Lambs dozens of times and I still get a chill each time. He did an incredible job and not only in his creation of the villain/antihero Hannibal Lecter but in the chemistry between Lecter and Starling, and Lecter and Wil Graham. The psychological jousting between Lecter and these two is just incredible. His characterization of Lecter must be the most imitated in the last twenty years. I see the kernel of his work in almost every TV crime show I watch.

I’d also like to meet Janet Evanovich because we share the same crazy sense of humor. My Stephanie (Chalice that is), like Plum has a nonstop sense of humor. I think a partnership of the two would make for some hilarious albeit suspenseful tales. I was ever so jealous when she chose Lee Goldberg to co-write the Kate O’Hare series.


Lawrence, thank you so much for answering my questions. Readers, we need a blub and excerpt.


Everyone deserves a well-earned vacation, don’t they? Guess again!


Plans have been made and the bags are packed but Detective Stephanie Chalice is having about as much fun as Michael Vick at an ASPCA fundraiser.

The new story finds Chalice and Lido on the East End of Long Island, vacationing with Max, their new arrival. Things go wrong from the very start. Their vacation rental burns to the ground, bodies pile up, and just to make things interesting Lido . . . Well, I’ll just leave it to you to find out.


Chalice may be out of her jurisdiction but she's never out of questions or determination and soon connects two unsolved homicides. As always, the whole is greater than the sum of its parts and her initial findings plunge her deeper and deeper into the most extraordinary investigation of her career.
EXCERPT:
Posted by Elaine Cantrell at 12:00 AM

Thanks for taking the time to chat with me. I hope your readers will check into the Chalice series. Stephanie is a hoot.

Stephanie Plum is one of my favorite characters, so if your Stephanie is like her I'm sure I'll love your stories.

What an exciting excerpt. I really enjoyed your comments too.

I think the joy of writing would be essential.