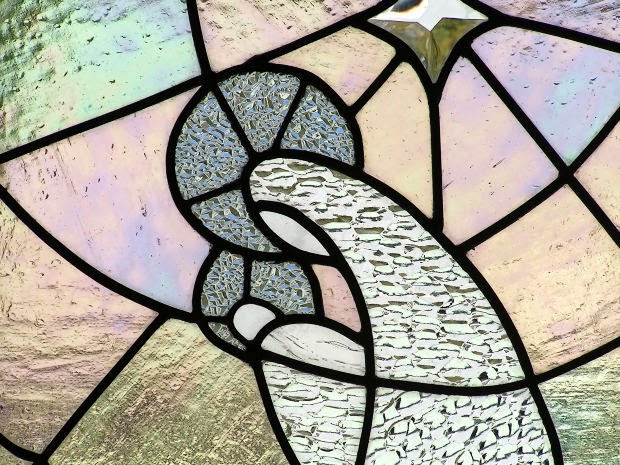 Merry Christmas! I hope you have a wonderful day filled with laughter, friends, and family. I don't really like to write short stories, but I gave it a shot because I wanted to give a gift to my blog visitors. Thank you so much for your visits throughout the year. I hope you'll come back and see me soon.

Chapter One
“You!”
Willow Love spun around at the sound of the familiar voice, her long blonde hair swirling around her face. She inclined her head in greeting. “Hello, Mr. Steel.”
He scowled as if she had been rude to him which she hadn’t. If she didn’t feel so sad she’d give him a piece of her mind he wouldn’t soon forget. Hmm. His swarthy skin looked darker than the last time he came to visit. It went well with his cobalt eyes. Too bad that dreadful scowl ruined his appearance. Otherwise, he’d be a handsome man.
“What are you doing at Steel Park?” he demanded. “My aunt is dead, and I thought I’d made it clear your services are no longer required.”
Willow bit back the sarcastic words that she wanted to hurl at him. “So you did, but Henry Breckinridge Miss Mary’s lawyer called and asked me to attend.”
He snarled under his breath and indicated that she should precede him onto the porch of the pleasant Georgian style home.
Steel Park was the country home of the Steel family who had made a fortune in replacement windows, not steel as some people guessed. Miss Mary and her nephew Ben were all that remained of the family, at least they had been. Ben was the only Steel left now.
Henry Breckinridge met them in the foyer beside an old-fashioned aluminum Christmas tree and shook both of their hands. “Thank you for coming. If you’ll join me in the study we’ll get started.”
Breckinridge took a seat behind the desk, so both she and Ben Steel sat in the two leather chairs drawn up in front of the desk. A pang shot through Willow. Miss Mary had had both of the chairs recovered shortly before she died, but she’d never gotten to enjoy them.
The lawyer cleared his throat to get their attention. “First of all, let me offer my condolences to you both. Miss Love, you took care of Miss Mary for a long time so I know you miss her.  Mr. Steel, Miss Mary was your only family so I can imagine how lonely you must feel.”
She and Steel both nodded in acknowledgement.
“With your permission,” Breckinridge began, “I’d like to read Miss Mary’s will now.”
Ben Steel frowned. “As you pointed out, I’m the last of the Steels, and I see no need to have my aunt’s caretaker sit in on the reading of the will.”
A faint smile crossed the man’s face. “You will.”
He read through a lot of legal stuff that meant little to Willow before he got to the important part. ‘To my nephew Benjamin Steel I leave all my worldly assets with the exception of Steel Park and all of my jewelry. I leave the home and jewelry to my very dear friend Willow Love.’
Willow burst into tears while Ben’s expression would have made a nice Halloween mask. He started to speak, but Mr. Breckinridge cut him off. “We’re not finished yet. There’s more.”
Willow wiped her eyes. More? What else was there to say?
Mr. Breckinridge cleared his throat again. ‘These bequests are contingent upon one condition, namely that both Ben and Willow spend one week together either at Steel Park or a location of their own choosing. If they should decide not to comply with my condition, my entire estate is bequeathed to my cat Lionel, and at his death the money goes to the ASPCA.’
Ben’s face had reddened under his dark tan. “That’s ridiculous!”
“Your aunt didn’t think so,” Breckinridge pointed out.
Steel turned a burning gaze onto Willow. His voice was soft, menacing. “Did you put her up to this?”
Willow closed her eyes and swallowed hard before her anger was under control enough to speak. “Your Aunt Mary was a saint, Ben Steel. I loved her as much as if she’d been my own grandmother. Do you think I took advantage of a sick, old woman to steal property rightfully belonging to you? If that’s what you think, I’m glad you didn’t come to visit Miss Mary as often as you should. You’d only have upset her with your ridiculous…”
Ben sprang from his seat. “Not another word! I don’t have to stand here and be insulted.”
He strode out of the office and slammed the door behind him.
Mr. Breckinridge sighed. “Don’t worry, Miss Love. He’ll be back. Ben was always a little on the volatile side, although to be fair, I guess he was upset. I’m sure he didn’t see this one coming.”
“I don’t care if he comes back or not. Is this the first he knew about the provisions of the will?”
Mr. Breckinridge nodded.
“Then why did he take such a dislike to me? From day one he was angry at me.”
“I don’t know. I guess you’ll have to ask him.”
*****
Ring. Ring. Ring.  Willow sprang from the shower and raced for the phone. Ring. Ring. Ring. “Hello!”
“This is Ben Steel. If you want to honor the terms of my aunt’s will, I’m willing.”

Epilogue: From the Fairfield Times
Mr. and Mrs. James Love are pleased to announce the engagement of their daughter Willow Lynn to Mr. Benjamin Frank Steel, son of the late Harold and Frances Steel. The bride is employed by Happy Barks Rescue, and the groom is the president and CEO of Steel Windows. A December wedding is planned.