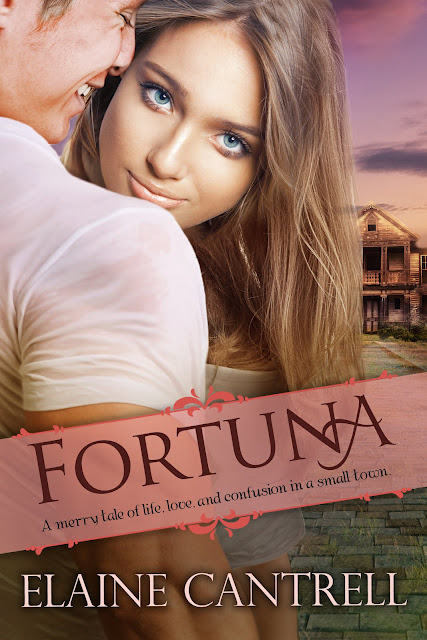 Welcome to Saturday Sample. Let me share a blur and then an excerpt from Fortuna, my romantic comedy that's partially based on some events either in my life or someone in my family. Except for the witness protection thing though. We never did that.

Last week we met our heroine Aimee and her fiancé Rocky who is a WWE style wrestler. (Don't worry about the whole book taking place in the wrestling ring. We're soon moving to West Virginia.) Rocky's manager is the man talking to them. To read last week's excerpt go to http://elainepcantrell.blogspot.com/2016/08/saturday-sample-fortuna.html


Aimee didn’t deign to answer. Thin Lips Rich was good at his job. Thanks to his guidance Rocky stood on the threshold of becoming a LAWA legend. So, who cared? She didn’t like Rich anyway. He was too smooth. Too oily. Too self-centered. The list went on, but she was sick of it. Him too, for that matter. If she had her way she’d bash him with a chair and see how he liked it. Rocky had shown her a few wrestling moves that hurt, no matter what anyone said.

Rich glanced at his watch. “Get your bagpipes. It’s time.”

Oh, yeah. The bagpipes. She’d endured a million torments as Rocky learned to play them. Her head hurt just thinking about it. Rocky planned to play the bagpipes for the crowd before the match. She scowled as he stuck a tall, black hat on his head. Even though she hated to admit it, it was a good idea. LAWA was all about flamboyant personalities.


If you'd like to find out what kind of mischief my cousins and I got into you can get a copy of Fortuna at http://amzn.to/23yoW2d
Posted by Elaine Cantrell at 7:00 AM