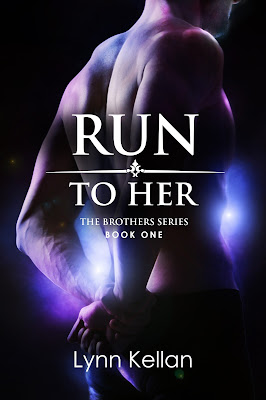 Run to Her
by Lynn Kellan

Gabriel Antonov is a mechanic who can fix anything, even a woman’s hesitance. His talents have earned him the well-deserved reputation as a player, but when a routine one-night stand goes wrong, he’s haunted by what he’s done. Nothing can free him from those depraved memories, until he meets Leigh Nelson.

Leigh avoids strong, silent types like Gabe, who is stronger and quieter than most guys. The only man she’s focused on is her father, who is suffering from a devastating health crisis. She’ll do anything to help him, even at the cost of ignoring her own well-being, but the stress is getting to her. Gabe’s strength is tough to resist, and his silence might be hiding a crushing secret only she can understand.

He can’t outrun his gut-deep craving for her. Problem is, she’s running from him. When they’re marooned in his lakeside cabin, he might finally catch her…if he can admit why he’s falling apart without her.
~~~~~~~~~~~~~

She rose and gave him a smile.

That smile made him want to do pointless, tender things like brush his fingers through the blonde curls hanging down her slim back, but he kept his hands to himself. With her, he had to be careful. Take things slow. If he moved too fast, she’d come up with some reason to leave. He wanted to give her reason to stay.

Or a long weekend.

Whatever it took to satisfy his hunger for her. 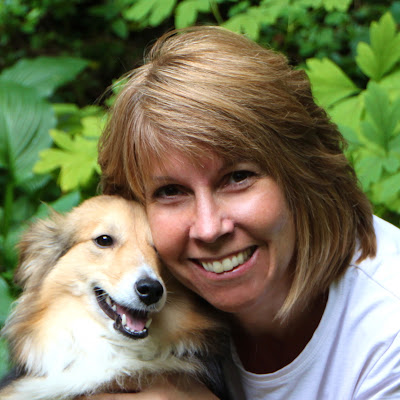 Lynn Kellan writes contemporary romance about strong men who have a weakness for smart women. She believes men and women aren't that different, because everyone wants to be with someone who will empty the dishwasher. To prepare for her career as a romance author, she fell in love with bad boys, burly athletes, battle-hardened Marines…and married a chemist. Lynn has won numerous writing contests and served two terms as President of her local Romance Writers of America chapter, but she feels a true sense of accomplishment whenever she doesn't embarrass her teenaged kids.

For love. For funny. For ever.

One randomly chosen winner via rafflecopter will win a $50 Amazon/BN.com gift card. Use the link below to enter.


a Rafflecopter giveaway
Posted by Elaine Cantrell at 4:30 AM

Email ThisBlogThis!Share to TwitterShare to FacebookShare to Pinterest
Labels: contemporary romance, lynn kellan, Run To Her

Thanks for having me on your website, today! I'll check in periodically. :)

Congratulations on your book's release, I can't wait to read it! Good luck on the tour and thank you for the awesome giveaway!

Hi Judy and Trix and Lisa! Thanks for stopping by!!

What books are you looking forward to reading in 2017? Thanks for the giveaway. I hope that I win. Bernie W BWallace1980(at)hotmail(d0t)com

I'll definitely be checking this one out! Thanks for sharing :)