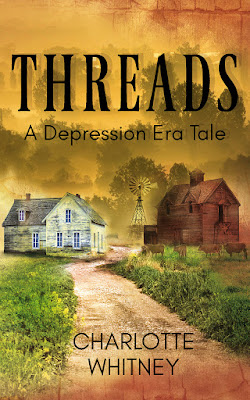 It's a boring, hardscrabble life for three sisters growing up on a Michigan farm during the throes of the Great Depression.  But when young Nellie, digging for pirate treasure, discovers the tiny hand of a dead baby, rumors begin to fly.  Narrated by Nellie and her two older sisters, the story follows the girls as they encounter a patchwork of threatening circumstances and decide to solve the mystery.

When I woke up this morning the first thing I thought of was that baby. What a dark, scary place for a baby to be buried. So alone, away from everyone. Where were its parents? Babies need to be held and cuddled and kept warm. Even dead babies need to be buried in the churchyard with purty flowers, not off in the cold, dark backwoods.

I keep thinking ’bout the Preston’s baby girl, such a sweet baby. I held her once when Mrs. Preston was sitting beside me on the davenport. The baby kept sleeping, then blew a little bubble and later I could feel her little fart that warn’t stinky at all. All the time she jist kept sleeping. When she finally woke up and fussed, Mrs. Preston picked her up and jiggled her and talked baby talk to her so she quit fussing. That’s how babies are posta be treated.

But thinking ’bout the Prestons made me sad, too. They lost their farm and had to move away to Mrs. Preston’s parents’ place in Indiana. Ma said we might never see them again. Ma and Mrs. Preston both cried when we said goodbye. Pa and Mr. Preston shook hands and Pa bit his lip. I’d only seen him do that once before, at my grandpa’s funeral.

A Word With the Author.

Yes, I thought it would be wonderful to have a book on the shelf with my name on it.  Having said that, there was little encouragement from my parents either to write or to get an education, for that matter. When I was a child we had two books in my house, a dictionary, and a copy of the King James Bible with thin onion skin pages. So it was quite a while before I became mesmerized by books.  I remember my father encouraging me to become a secretary at a local insurance company rather than go to college. My parents weren’t evil or even mean-spirited; in their circle no one had a college education and certainly no one was an author.

My very first book was nonfiction, WIN-WIN NEGOTIATIONS FOR COUPLES published traditionally by a small press in Boston.  There wasn’t a lot of fanfare, except I got invited to be on a panel on the television show Today in New York.  It preceded the Today Show and was filmed in the same NBC Studio at 30 Rockefeller Center.  Quite heady stuff.  I learned that day that individual interviews are much easier than panels.  The other panelists were competitive for air time and it was difficult to get a word in edgewise.  I had a number of other television appearances after that, but fortunately, no more panels. What I learned from the individual interviews is to have prepared “spiels.”  Most interviewers won’t have even looked at the book, let alone read sections of it.  So you have to twist their questions to answer the pertinent issues.

My second book was a contemporary romance novel, I DREAM IN WHITE.  A broken engagement leaves Holly ready to create a new life for herself with many romantic winter moments.  But will the handsome stranger who turns up in unusual places become the man of her dreams? The book will carry you away with the wavering division between fantasy and reality, dreams and nightmares. It’s a true romance with a lot of suspense.

I have, oh, so many favorites authors and books. I will settle on HUCKLEBERRY FINN by Mark Twain, which is certainly an iconic work of American fiction.  I might not have written THREADS in dialect and included so much local color without HF as a guiding beacon.  Despite all the screwball characters and the chicanery that evolves in just about every scene, HF is truthful to the core.  My favorite part is where Huck decides to free Jim from slavery even though Huck fully believes he will go to hell for helping Jim.  Huck understands that his version of hell is so much better than the “sivilized” version of heaven.

The best: hearing from readers who love your book and want more.

I thought you’d never ask.  I’m working on another historical novel, also set on a Michigan farm in 1934, but with none of the same characters that are in THREADS.  The working title is VEILS: A Depression-Era Tale.  Twenty-year old Polly is widowed and as the book unfolds, we don’t know if it’s a suicide, homicide, or a bizarre farm accident.  There are lots of plot twists that should keep you at the edge of your seat. 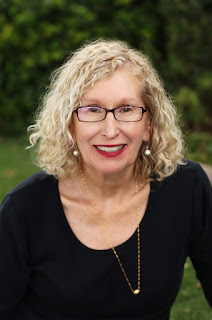 Charlotte Whitney grew up in Michigan and spent much of her career at the University of Michigan directing internship and living-learning programs. She started out writing non-fiction while at the University and switched to romance with I DREAM IN WHITE. A passion for history inspired her to write THREADS A Depression Era Tale chronicling the stories of three sisters on a farm during the throes of the Great Depression. She lives in Arizona, where she loves hiking, bicycling, swimming, and practicing yoga.

Charlotte Whitney will be awarding a $50 Amazon or Barnes and Noble GC to a randomly drawn winner via rafflecopter during the tour.

Thanks so much for both the book description and giveaway as well. I enjoy hearing about another good book.

Thank you so much for hosting THREADS today.

I liked the excerpt, sounds like a good book.

Great interview and what a nice cover, sounds like a great book to read! Thanks for sharing!