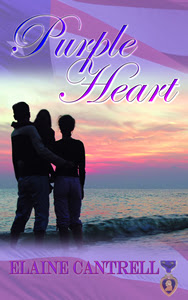 The men beside him each grabbed an arm and hauled him to his feet. “Move your feet, Hightower,” Ramirez snarled.

They had gone about ten yards when gunfire opened up behind them. Ramirez screamed, and Mike felt him go down. He tripped again but managed to hang on to his gun. “Shoot, Mike! Hostiles at ten o’clock!” Mason yelled.

Mike fired, but he must not have hit anything because seconds later a hot, boring pain almost tore off his shoulder. Blindly he fired into the dark, and moments later, his leg took fire.

Shots came from the street.

Moments later Perry knelt beside Mike. “Where are you hit?”

“Sit tight. We’ll get a medic as quick as we can.”

As his anger built, Mike forgot about the pain in his shoulder and leg. Ramirez had been his friend. These people didn’t appreciate a thing that the United States was trying to do for them.

I can't imagine the emotions, wrestling with the anger and the memories. And so many do.

Battlefield trauma, for sure.

An intensely vivid scene. Makes you understand his raging emotions without having to accept them.

That is definitely a tough and emotional situation for anyone to be in.

Intense. Healing will be a long process. Great snippet.

I can't imagine the pain, physical and emotional, he's going through right now. It's very natural for him to lash out. Great snippet!

This scene is a very realistic depiction of the horrors of war and the scars both mental and physical that many soldiers are left with.

The horrors of war keep recurring in memories and dreams. You capture the horrors in this snippet.