Wendi Zwaduk Is On A Blog Tour 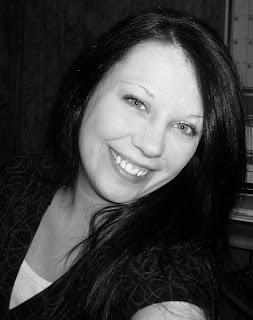 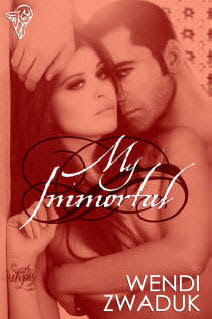 Wendi, thank you so much for including me in your blog tour. For the benefit of those who may not be familiar with you, tell us a little bit about yourself.

I’m a wife, mother to a youngling, and an artist. I love to write and have been doing so for almost 6 years. When I’m not writing, my life is more or less boring with two dogs, an indoor cat and an outdoor one. What am I saying, it’s like living in a zoo, but I wouldn’t want it any other way. I write contemporary, paranormal, and erotic romance. I want to write historical, but am finding it hard to make the heroine strong in times when she’s bound to be helpless. I’m chalking that up to a work in progress.

Living in a zoo? That sounds like my house. Do you think being a published author has changed you? If so, how?

Yes and no. It changed me in that there are topics I’m much less likely to shy away from. I’m more outgoing when it comes to telling people about what I write. I’ve also found that time to write and write well is a precious commodity. If I plan to write, the ideas won’t come. If I’m in the middle of something and can’t find a pen and paper, then the ideas flow like water. But it hasn’t changed me in that I can still go to the library and check out books and be normal.

3.Was there any pivotal event that triggered your becoming a writer?

I read a Harlequin NASCAR novel. The story was good, but in my opinion, the technicals of the sport were lacking. I put the book down (after finishing it, of course) and decided I could write something like that. I put fingers to keyboard and didn’t look back.

Good for you! How many manuscripts did you write before you were published?

Four that were the NASCAR novel series. I even subbed the first one. It was rejected, but, here’s the important part, I learned from it. I know, lots of other authors say that, but in this case, it’s the turning point for me. I found out that this thing called POV is kinda important. Oh and head hopping? I guess it’s a bad thing. Now I know this stuff. Then, I didn’t.

How long does it take you to complete a manuscript? Do you work on more than one thing at a time?

Depends on the length of the story and the time I have available. Short stories can be done in as little as a month for the first draft. I wrote a NaNo story which I’d love to finish. (I got to the 50k mark, but it needs edits.) For a longer story... it can take up to a year. And I work on about fifteen things at one time. Not all manuscripts, but at least 15 things. I can’t sit still and I can’t just focus on one manuscript. I think it’s because the characters in my head love to shout at the same time.

Curiously, most writers I know say the same thing. Would you share your links with us?

My site: www.wendizwaduk.com
My blog: www.wendizwaduk.blogspot.com
I’m published through The Wild Rose Press (Right Where I Need to Be) and Total-E-Bound (Learning How to Bend, Must Be Doing Something Right, My Immortal).

Blurb: What’s a girl to do when she finds out the man of her dreams is a 340 year old vampire?

Being a vampire hasn’t been easy for Storm Richardson. He’s not programmed to kill or harm, unless he needs to feed. When he meets Stephanie “Stevie” Persing, he knows he’s found his mate. But if he crosses the line between work and play, he risks losing the only person who matters—her.

Stevie’s been in love with Storm since the moment she laid eyes on him. He’s brooding, intense, and her one weakness. But is her heart too steep a price to pay for his love, especially when she discovers his deepest secrets?

At the traffic signal, Stevie screeched to a halt. She turned to him and rolled her eyes. “You know what I meant, Storm. Do you think he could get us through the line faster? I hate to wait in heels. Then again, you know how much I hate working in heels to begin with.”

Storm rubbed his jaw, blotting out a smile. She hated anything but comfy sneakers or good old socks. Unfortunately, clubbing required sexy clothing and footwear. Whether she was comfy or not, she looked darn cute jacked up four inches in knee-high boots.
“If we cut in line, honey, then we’ll give ourselves away. The point is to blend in, so don’t worry about the heels. You’ll be able to sit at the bar. Allan’s waiting on you to give you the scoop about our clients.”

Like it was possible for him to disappear in the crowd; he was a freaking vampire. A bloodsucker. He couldn’t blend in if he tried. Women clung to him in droves, claiming they liked his raw sex appeal. He never understood the draw. When he looked in the mirror, all he saw was a monster in expensive clothing longing to regain his humanity.

Stevie stuck out her bottom lip in a pout and distracted him from his pity-party. “Fine, but this time, you’d better act like you want to be there with me. The only attention I got Tuesday night came from the tacky bartender and what he wanted was a better tip. Fortunately, Allan’s more of a gentleman. Still, we aren’t acting like a convincing team when you pretend I don’t exist.”

Storm frowned. Oh, she existed and blocked out the image of every other woman in the room. She inhabited his dirtiest fantasies each time he closed his eyes. In his latest dream, he wanted to throw Stevie against the nearest wall and make love to her until they both screamed with delight.

Vampires were people, too…

Storm clenched his jaw. His heart thudded and fear thundered through his veins. The reason he kept his identity secret was the sheer terror of knowing she’d run screaming into the night if she knew.

Wendi, this sounds great! I can't wait to read it. I want to know what she says when she finds out he's a vampire.
Posted by Elaine Cantrell at 10:51 PM

Wendi, all the excerpts you've been posting are great! Elaine, I agree with you it's going to be epic when she finds out he's a vampire. :D

I love the cover and the excerpt. I want to know how she is doing to reacts too.

It's a doozy when she finds out. But you have to read it to know.