If you came for Beyond the Book, scroll on down, but why not take a look at this post too? I wrote a book review for this one. 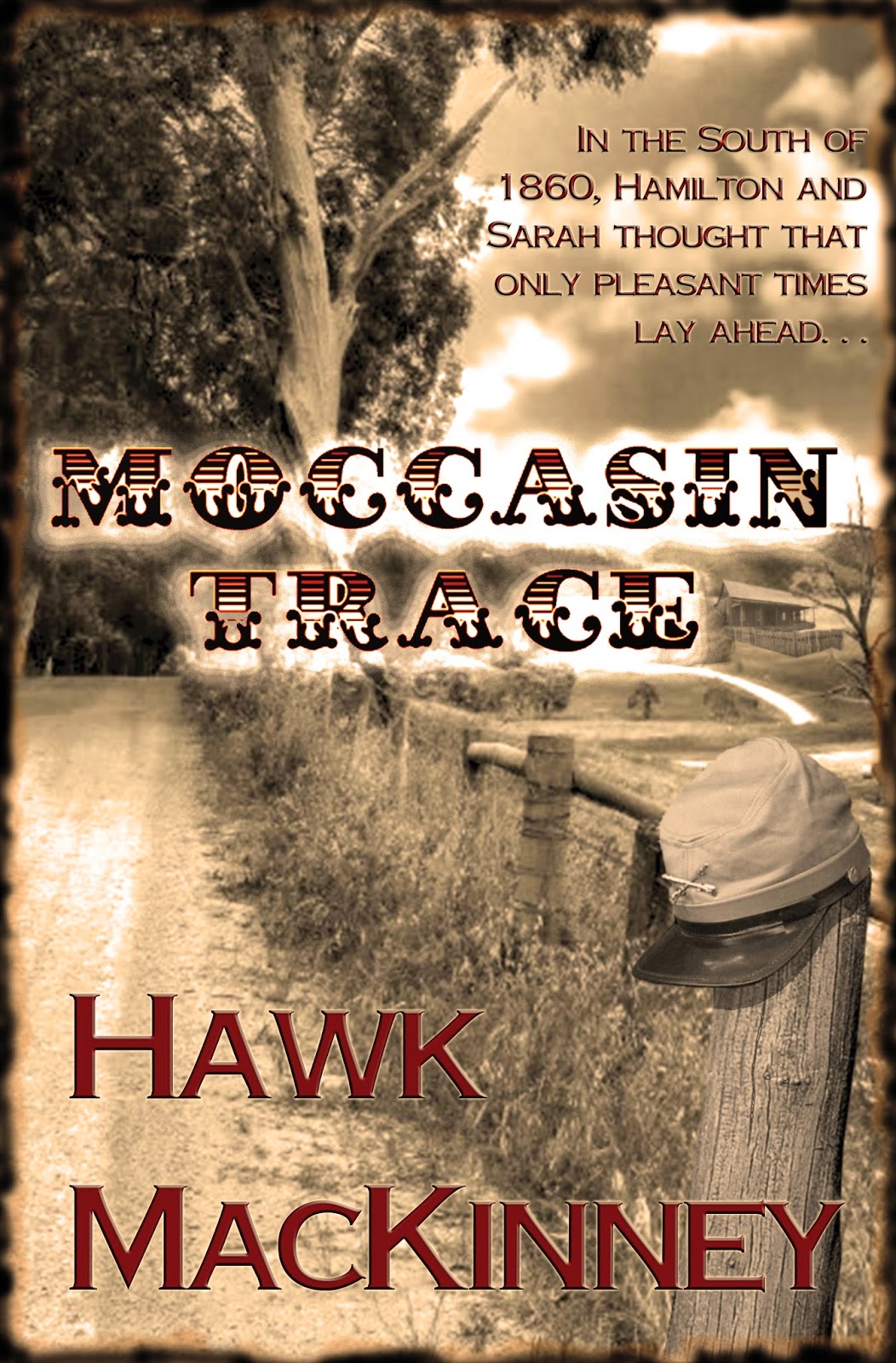 “The most engaging and brilliantly crafted historical work since Margaret Mitchell’s great classic.”
Barbara Casey
Author, The Gospel According to Prissy

Hamilton Ingram looked out across the fertile Georgia bottomlands that were Moccasin Hollows, seeing holdings it had taken generations of Ingrams to build.  No drop of slave sweat ever shed in its creation.  It was about the land…his trust, his duty to preserve it for the generation of Ingrams to come…

It is July of 1859, a month of sweltering dog days and feverish emotional bombast.  Life is good for widower Rundell Ingram and his Hazel-eyed, roan-haired son, Hamilton.  Between the two of them, they take care of Moccasin Hollows, their rustic dogtrot ancestral home, a sprawling non-slave plantation in the rolling farming country outside Queensborough Towne in east Georgia.  Adjoining Ingram lands is Wisteria Bend, the vast slave-holding plantation of Andrew and Corinthia Greer, their daughter Sarah, and son Benjamin.

Both families share generations of long-accepted traditions, and childhood playmates are no longer children.  The rangy, even-tempered Norman-Scottish young Hamilton is smitten with Sarah, who has become an enticing capricious beauty—the young lovers more in love with each passing day, and only pleasant times ahead of them.

But a blood tide of war is sweeping across the South, a tide that might be impossible to stand before.

EXCERPT:
Bessie's head jerked around, "...them gun shots."
A stooped-over Sarah looked up, "What?"
"Gun shots..."  Bessie put down the box of jars and headed toward the cellar door.  "From the direction where the men be.  We gittin' upstairs, an' gittin' now."
Sarah's heart pounded as they came up out of the cellar and looked in the direction of more shots.
"Come on..."  Bessie hurried into the pantry where she reached down the powder horn from the top shelf, then the rifle and pistols. "Git 'em ready with all that shootin'.  Till we know different, we make sure two-legged low-downs don't sneak to the house."
Sarah rushed to the window and murmured, "Hamilton..."  She feared  for him, for their child, for all of them.  "Surely you don't suppose it's Federals?"
"Might be better if'n it is 'stead of what else be skulkin' in them woods.  Stay away from the winder, an' finish rammin' this powder."
Sarah poured the ball and powder firm, rammed it, pulled the rammer out, and whispered, "Bessie listen...birds stopped singing."
"Except that cawin' crow seein' somethin' what don't belong."
Sarah took another quick peek, "There's several horses, but I don't see any riders.  Mules are still hitched.  I don't see anyone at the plow, but there's men on among the trees."
"You watch the front door."  Bessie snugged the pistol in her apron pocket.  "I cover the back.  Anybody tries comin' through the dogtrot door or through the parlor, we back into here, keep 'em from circlin' us."
"What about Papa Rundell?"  Sarah's stomach was queasy.
"He keep his rifle ready.  Anyone bust in his room be dead 'fore they twitch a hair."
With a crash the kitchen door flew open.  Sarah brought her rifle up and fired, the shot splintering door and jamb.  The sound thundered through the house.  Bessie's rifle steadied dead-on.
The silhouetted head and shoulders ducked into a hunch and Hamilton yelled, "Sarah!"  His hand smeared at stinging blood-speckled splinters of wood along his cheek. 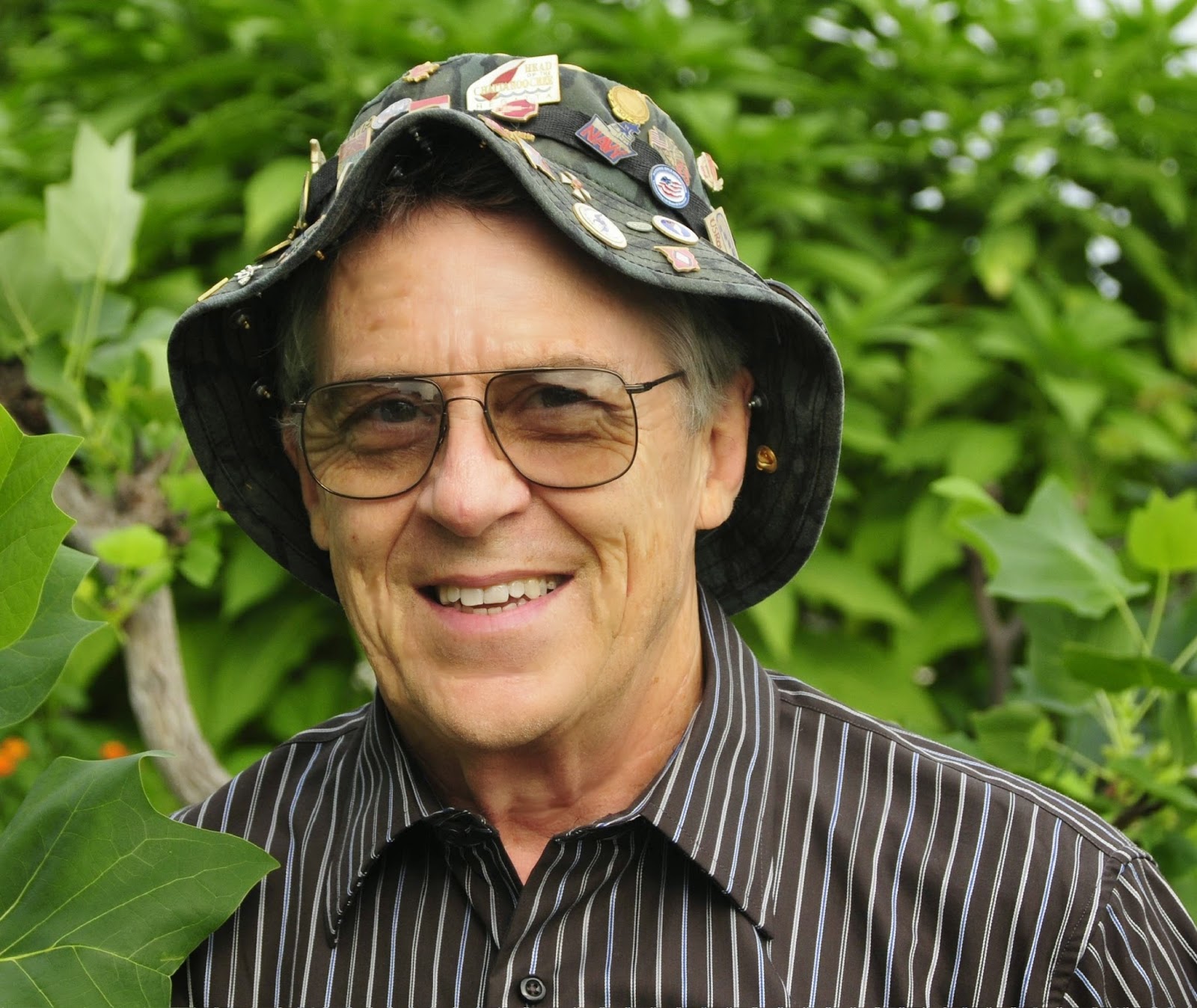 With postgraduate degrees and faculty appointments in several medical universities, Hawk MacKinney has taught graduate courses in both the United States and Jerusalem. In addition to professional articles and texts on chordate neuroembryology, Hawk has authored several works of fiction.

Hawk began writing mysteries for his school newspaper. His works of fiction, historical love stories, science fiction and mystery-thrillers are not genre-centered, but plot-character driven, and reflect his southwest upbringing in Arkansas, Texas and Oklahoma. Moccasin Trace, a historical novel nominated for the prestigious Michael Shaara Award for Excellence in Civil War Fiction and the Writers Notes Book Award, details the family bloodlines of his serial protagonist in the Craige Ingram Mystery Series… murder and mayhem with a touch of romance. Vault of Secrets, the first book in the Ingram series, was followed by Nymrod Resurrection, Blood and Gold, and The Lady of Corpsewood Manor. All have received national attention.  Hawk’s latest release in the Ingram series is due out this fall with another mystery-thriller work out in 2014. The Bleikovat Event, the first volume in The Cairns of Sainctuarie science fiction series, was released in 2012.

"Without question, Hawk is one of the most gifted and imaginative writers I have had the pleasure to represent. His reading fans have something special to look forward to in the Craige Ingram Mystery Series. Intrigue, murder, deception and conspiracy--these are the things that take Hawk's main character, Navy ex-SEAL/part-time private investigator Craige Ingram, from his South Carolina ancestral home of Moccasin Hollow to the dirty backrooms of the nation's capital and across Europe and the Middle East."

I enjoyed a glimpse into everyday life in another century. We get to see the South both before and after the war. MacKinney carries readers to balls, masquerades, hunts, and other social events, even a honeymoon. We take a lot of things for granted today, but he showed how bad transportation was, and of course people couldn't listen to daily news to find out how the war was going. I was also interested in his description of the ladies' clothes. Making them by hand was much harder than going to the department store.

Some things don't change, though. People still love their families, hold political opinions, and try to be true to their principles.

I was interested in the characters' take on the war. They decided that slavery was not the real issue of the war, but it was a good excuse to rile people to action.

And speaking of slavery, I'm not sure what to think about that. One of the slaves said she loved the white children of her masters as much as she did her own son, and when her son ran away, the master didn't put out any runaway slave notices. I'm just not sure that's realistic in most cases.

A couple of things irritated me. The dialect slowed the book down for me, and since presumably the rich plantation owners were educated people, I found their vocabulary to be somewhat lacking. I also don't know how closely young ladies of wealthy families were chaperoned, but these characters had the freedom to sneak off and share intimacy before marriage.

Overall, though, I enjoyed this look into a vanished world and wouldn't hesitate to recommend it. This little snippet is a good example of what I'm talking about.

In the muggy morning bright sun Hamilton made his
way through the fragrance of steamy horse manure,
leaky turpentine kegs, open bales of mildewed cotton,
and the rankness of where dockhands and vagrants had
relieved themselves. The docks were one milling multitude
of shirtless, cussin’ teamsters off-loading cargo from
wagons onto several steamers, while a company of uniforms


boarded through one forward gangway.

Hope. Dreams. Life… Love. Thank you for hosting this Book Review Tour of the trade paperback of Moccasin Trace, 2014. For readers who follow the Craige Ingram Mystery Series, Moccasin Trace, set during The War Between the States, provides the Scottish-Normandr bloodlines and upbringing of protagonist SEAL/PI Craige Ingram in the present-day thriller-mysteries.

Mary Preston...glad you enjoyed the excerpt – thank you for stopping by & commenting -
Hawk MacKinney

Rita - I think it's a great excerpt, but it's good to hear it from a reader. Thank you for taking your time stop by and leave your comment -

Alena - glad you enjoyed the excerpt. Thank you for stopping by, leaving your comment -

I really did enjoy the book. Well done.

Excellent excerpt. I would love to read something from this author.

Elaine Cantrell...it's a special kudo to this teller of this tale to know a reader(s) enjoy their work...thank you. For readers who follow the Craige Ingram Mystery Series, the Southron tale of Moccasin Trace provides the Scottish-Normandr bloodlines and upbringing of protagonist SEAL/PI Craige Ingram in the thriller-mysteries. Again...It's a pleasure to know you enjoyed the read as much as I did the write.

Mary Lowery...I thought it was a good review AND a good excerpt. Other genres from Hawk MacKinney are a Sci-Fi series with the first volume already in bookstores. For mystery/thriller fans, the Ingram Mystery Series has several books in print. Titles, covers, ISBNs of all genre available are on the HOME page of the website below. Thank you for dropping by & leaving your comment. Enjoy...

Love historical books. Thanks for sharing.

Amy Bowens - I hope you enjoy the read - the writing was intense, personal & exciting -

Elena - glad you liked the excerpt -