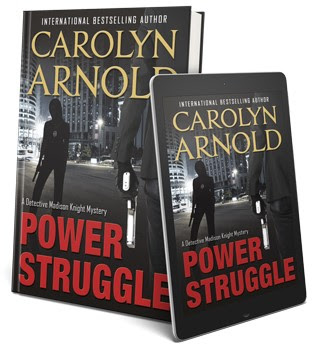 One hit man who’s back for revenge.
One detective who’s not going down without a fight.

It’s been ten months since Detective Madison Knight almost died at the hands of Russian Mafia hit man Constantine Romanov. She hasn’t seen hide nor hair of him since he escaped police custody and fled to Russia soon after his arrest, except now her latest murder investigation gives her reason to believe he’s back in town. Seeing as the victim is the man who killed her grandfather, her perspective may be a little skewed, but with the MO smacking of Constantine and the victim’s connections to the mob, she finds it hard to be objective. Still, she’s doing her best to consider all the evidence.

When she receives a threatening letter from Constantine, however, her suspicions are confirmed. And he’s made it abundantly clear that not only does he plan to finish what he started but he has her family and loved ones in the crosshairs, too. Madison vows to do whatever it takes to save them, but as the hours race by, the body count rises. And the stakes only get higher when Madison’s sister, Chelsea, goes missing.

Now, Madison’s only play is to take Chelsea’s disappearance for what it really means: Constantine is calling Madison out for one final showdown. And they won’t both survive…

Yasmine was set up in interrogation room one. There was something about questioning a potential murder suspect in this formal setting that gave law enforcement the edge. Even an innocent person could find themselves unravelling under the pressure, and the mind is good at playing games. It can make one feel guilty when they’re not, and that’s why it was crucial to ask the right questions and be able to read people accurately.

Madison and Terry were about to go in. She had one hand on the doorknob and she was carrying a water bottle for Yasmine in the other when Sergeant Winston called out to her.

“Knight, wait!” Winston sounded winded, and when she turned around, his face was red and his brow was sweaty, and he was panting. “Is it too much to ask for you to come to me? No, I have to go chasing you around the station. What is the update on the Deer Glen homicide?”

“There’s not a lot to say yet.” Madison slid a sideways glance to Terry.

Winston glanced at Terry, too, then back at Madison. He drew a pointed finger between them. “I saw that look. What aren’t you telling me?”

Winston screwed up his brow. “Why does that name sound familiar?”

“He’s the man who served twenty-five years for killing my grandfather.” There, she’d delivered the facts with cool detachment.

Winston’s eyes snapped into alignment with Madison’s. “You should probably be taken off the case.”

“No.” She stood firm, peacocking her stance. “There’s no reason for that.”

He squared his shoulders. “Last I knew, I was the one to call the shots, Detective.”

“Listen, there’s no reason to take me off this case. I didn’t even know my grandfather.”

“He was still your grandfather,” the sarge said. “That makes this case personal.”

She wanted to counter with the fact that her grandfather had died nine years before she was born, but the defense fell flat even in her head. Instead, she locked her jaw and tilted up her chin. It was probably best that she remain quiet, but the sergeant seemed to be expecting her to say something.

“The man served his time,” she said.

Winston turned to Terry. “What are your thoughts on the matter?”

“If Madison says she has things under control, then she does.”

“But she didn’t say she has things under control.” Winston studied Madison. “Do you?”

She flashed him a cocky grin. “I like to think so.”

“I’m sure you do,” Winston stated sourly and pointed to the closed door. “Who’s in there? A suspect?”

“It’s Yasmine Stone, a woman who Bates was sleeping with,” Madison began. “She’s the one who found his body.”

Winston nodded. “Does she look good for the murder?”

Madison’s heart pounded. The similarities between Lillian Norton’s and Jimmy Bates’s murders crashed together in her mind. Her legs began to buckle thinking about Constantine being back in town, but she managed to muster her strength without warranting the men’s attention. “It’s too early to say.”

Madison Knight almost died ten months ago at the hands of Constantine Romanov, a hitman for the Russian mafia. She's had flashbacks that sent her into therapy, but she's getting her life together. She's in love with a great guy too, and he feels the same about her. Things are going well, but then Constantine returns for one more go around with Madison.

I like Madison and the other characters, and I wanted everything to work out for her. At times I wondered about that because the book is filled with suspense, mystery, and twists. It culminates with a hugely tense scene that's a nail bitter for sure. If you like mystery/suspense novels I'd recommend this one to you. Bet you won't guess what was really going on. 5 stars 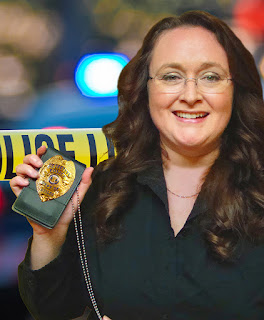 She currently lives just west of Toronto with her husband and beagle and is a member of Crime Writers of Canada and Sisters in Crime.

Carolyn Arnold will award a print copy of IN THE LINE OF DUTY to a randomly drawn commenter. (US, Canada, UK only) 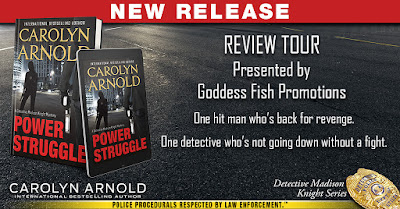