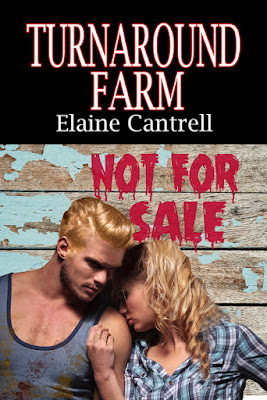 Welcome to Snippet Sunday and Weekend Writing Warriors, your chance to sample the work of a talented group of authors. When you finish here you can find more excerpts at:
http://www.wewriwa.com
https://www.facebook.com/groups/SnippetSunday/

Turnaround Farm is available at https://wingsepress.com/turnaround-farm/

If up and coming realtor Holly Grant can buy Turnaround Farm for her client, her business will boom. Who says you have to have a man in your life to complete you? She’s fine as she is thank you very much. Her first problem is that Jeb Wakefield doesn’t want to sell his farm, and her second problem is Jeb’s grandson Dan, the finest looking man Holly’s ever seen.

“Marriage is a trap. Most men expect their wives to help them earn a living, but do they help out around the house in return? No, they don’t. They’re so egotistical they want to reproduce themselves, so their wives have to take care of the kids on top of everything else they do. Well, if you want to fall into that trap, go ahead. I’m not that dumb.”
Loretta sighed and bent her head against the wind while Holly hid a smile. Her assistant had learned not to argue with her when she jumped on her soapbox. The leaden sky smelled of snow. How were they going to get their car out of that ditch? Call a wrecker maybe.

Presently, Loretta voiced the same concern. “Dan Wakefield is one of the most unpleasant men I’ve ever met. You’re lucky you weren’t in the office when he dropped by to ream us out about pestering his grandfather.I hope you don’t think he’ll be willing to get the car out of the ditch.”

“Maybe not, but his grandfather Jeb is a true gentleman. At the very least, he’ll let us take shelter from the weather until a tow truck comes.”

Loretta sighed as she tucked her scarf more firmly around her throat. “Okay, I hope you can close this deal. You’re sure working hard enough for it.”

Another gust of wind buffeted the women who picked up their pace in an effort to reach Turnaround Farm before dark.
Posted by Elaine Cantrell at 6:00 AM

Elaine, I felt the wind blow and hoped they would reach safety; That's how this snippet affected me. Wonderful snippet.

I can't believe Dan won't step up. And I've a feeling that's what she hopes, too.

This should be interesting. :-) The premise of this story is quite intriguing!

How hot, and more to the point, how high will the sparks fly when they meet????

For someone with such a bleak view of men in general, she seems very optimistic in this case!

Things really aren't going too well on this little excursion! I can't wait to see what happens next because I can see so many possibilities - enjoyed the excerpt!

It's almost like the characters in your story have been visited by the gremlins in Caitlin's book.

Hmm, I wonder what the fallout from this conversation will be...

Hard work doesn't guarantee success. I get the feeling she won't get the reception she's hoping for!

This isn't going so well, is it?