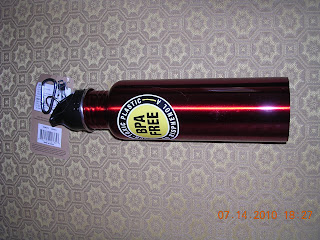 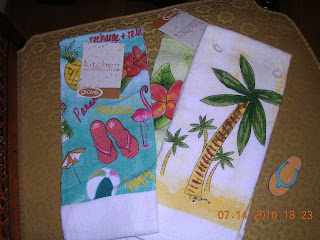 Please read the first Beach party post for information about this party. The pictures show some of the prizes offered in this beach party.

Richard Lovinggood often whistled as he walked the halls of the Los Angeles field office of the FBI, but today he sounded especially cheerful. Vacation time had finally arrived, bringing with it the prospect of a whole week of glorious freedom. Fields, his boss, had worked his fingers to the bone while as usual his father had had plenty for him to do.

Senator Lovinggood constantly planned for Richard’s fu-ture presidential campaign. For one thing, he insisted his son be on a first name basis with influential politicians who might be of use to him when he finally ran for the presidency. Rich-ard grimaced. Some of the politicians were okay, but most of them bored him. Yeah, he needed a break.

He had to admit, though, that sometimes his father knew interesting people. Take that guy he and Senator Lovinggood had dined with last week. Mr. Ridges was descended from the Russian czars. Talking to him had seemed like having a page in your history book come alive, and Richard loved history.

But he didn’t care for the man’s daughter, Sheila. He made a face. If he had known she would accompany her fa-ther, he would’ve skipped dinner. Sheila, a stunning blonde beauty, thought her royal blood made her better than every-one else. She didn’t mind letting you know it either. Dad can sing her praises all he wants to, thought Richard, but I’ve got no interest in her. I don’t have time to waste on snobs like Sheila Ridges.

As he reached for the door that opened into the parking garage, he heard a voice calling, “Hey, Richard, wait up.” The voice belonged to his best friend, Scott Miller. The two of them had been fast friends ever since they met at the FBI training academy in Virginia.

“It isn’t fair for you to have a week off when I have to work,” Scott complained as he joined Richard.

“I need a break. Between Dad and Fields I’m worn out.”

Scott laughed. “I can believe that. Just thinking about your father wears me out. What are you going to do next week?”

“You mean after I wake up at ten?” Richard teased. “Nothing much. Remember I told you I bought a new horse? He needs some work, so I’ll probably spend a lot of time at the stable. His name is Too Bold, and it suits him.”

Scott shook his head in mock anguish. “Sometimes I wonder about you. Those wild horses you like are nicer un-der the hood of a car.”

Richard rolled his eyes at Scott. “That shows what you know. Come riding with me, and you’ll see why I love it.”

“Huh! If I had a week off I’d find a pretty girl to keep me company, not mess around with a horse.”

“I’ll take that under advisement.” Richard laughed, slip-ping easily into his work vocabulary. “Sometimes you do get good ideas.”

Scott grinned as he slapped Richard on the back and waved him out the door. “See you later. Call me if the horse idea doesn’t work out, and you need some company.”

“You could call my sister if you wanted to.” Richard grinned briefly when he saw the panicked expression on Scott’s face. “I’ve told you how much you guys have in com-mon. Do a big brother a favor, okay? I’d like to see Joan hang out with somebody besides the losers she usually dates. Gah! Where does she find them? You’ve got your head on straight. Maybe you could finally tame that little wildcat.” He suddenly chuckled. “If she knew what I said she’d probably blister my ears for me.”

Scott neatly turned the tables on Richard. “I’ll think about it,” he promised, “but what about you? Your dad’s been making noise about marriage and grandchildren for months now. He’ll have a fit if you don’t find a wife pretty soon.” He glanced appraisingly at Richard. “Don’t you want to fall in love and have a family?
”
“Sure, I do. I just haven’t found the right woman yet.”

Scott shrugged. “I don’t know why not. Your daddy’s a famous senator with plenty of money, and women like your looks. They always throw themselves at you.”

“Dad can let me handle the romance department,” Richard replied with a scowl. “That isn’t his call to make.”

“He doesn’t see it that way,” Scott objected. “He’s thinking about your family’s future. Have you thought about what might happen if you refuse to get married and have grandchil-dren for him? You two have a great father-son relationship. I’d hate for anything to mess it up.”

“Don’t worry. Dad and I are okay.” Richard’s brief an-swer disguised the fact that he had worried a little about that very thing.

“I guess you ought to know,” Scott agreed. “I’ll see you later. I need to hurry and clear my desk. I’ve got a pretty girl lined up for myself, and I want the whole weekend free.”
Posted by Elaine Cantrell at 1:43 PM

I am enjoying the excerpts.

I too think it's a great excerpt!

The excerpts are very good - I
will be putting this book on my
TBR list!

Congratulations Elaine and look forward to reading another great book of yours!

Thank you so much for stopping by. I think Return Engagement is my best work so far, and I'm enjoying sharing it.

Congrats on your new release. Enjoyed the excerpt. Wishing you many sales.

Enjoying the excerpts very much. Will be looking for this book

I wonder if his Dad will stay out of his son's personal life!!, lol.

this is good reading at it's best and thanks for the excerpts.

Thanks for the excerpts.

I'm glad you're enjoying Return Engagement so much!

Another good one, I love how you are giving us the excerpts to set of the story without giving it away :-)
~Afshan
Afshan522@aol.com

I had to work yesterday so I'm late. The excerpts are great.

Another great excerpt, I want to know how it all turns out.