A Lady From Down Under 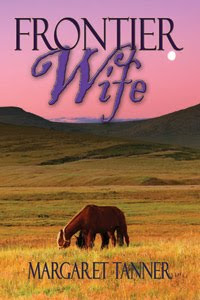 Can you guess where today's guest lives? If you said Australia you're right. Maragaret Tanner, thanks for coming today.

Hi, Elaine, thank you for allowing me to visit your blog.

Could you tell us a little bit about yourself?

I live in Australia and am married with three grown up sons and a gorgeous little grand daughter. I work as a typist in Radiology. I have ten books published with two publishers, Whiskey Creek Press and The Wild Rose Press.

I had boys too, Margaret. When my granddaughter came along, I was thrilled. What prompted you to write your first book?

I have always loved writing. I started out writing pathetic sad little poems, then short stories and finally I graduated to the love of my life, except for my husband and sons, writing novels.

Even sad poetry impresses me. I couldn't write a poem to save my life. How long does it take you to produce a book?

From when I first start writing in long hand, (as I always do), a throw back to when all we had was typewriters, then typing it into my computer, several lots of revisions, I guess about six months or so. I can write quickly, it is the research and revising that takes up the time.

What’s the easiest part of writing? The hardest?

The easiest part of writing for me is, just writing. The hardest part, revising.

Revision! It's tedious, isn't it? Tell us two things about you that would surprise us.
I am a chocoholic, and I have been known to swear when I get angry.

Don't tell anybody, but I'm a chocolate freak too! Would you share your links with us?

We’d love to read an excerpt from your latest release. Don’t forget to share a buy link with us.

Tommy Lindsay wiped her damp forehead with a lace handkerchief. Perspiration ran in rivulets between her breasts, pooling at the waistband of her gown and leaving a damp patch. She coughed a couple of times to clear the dust clogging up her throat.

“I don’t like it here.” Her little brother, Jamie, kicked one of the leather sea trunks and she was tempted to join him. “Why doesn’t someone come?”

A few boxes and trunks stacked on the hotel verandah held all her possessions and those of her two brothers. Just thinking about how the once proud Lindsay family had been reduced to such pernicious circumstances caused tears to build up at the back of her eyes. She wouldn’t cry. She couldn’t afford such a luxury, not with a young brother and a sick older brother to worry about. She had to be strong, resolute.

Warrior, a thoroughbred black stallion, stomped and snorted restlessly.
“Easy, boy.” David patted the stallion's glistening neck. “How much longer do we have to hang around, Tommy?”

“I don't know.” Her voice trembled even though she fought to control it. “Uncle Henry’s lawyer said someone would take us to the farm. Do you think he might have forgotten? Maybe he got the days mixed up?”

Sick dread washed over her. Oh, God, what if this desperate undertaking of theirs failed? It was sheer madness sailing thousands of miles across the sea to start a new life in an alien, hostile country, but what other choice did they have?

“Sorry for being so grouchy but my leg is aching, makes me irritable.” David grimaced as he rubbed his thigh.

His skin looked even more ashen than usual. Perspiration beaded his upper lip, not entirely caused by the fierce Australian sun searing them from a cobalt blue sky.
One glance at them and anyone who wasn’t blind would pick them out as newly arrived immigrants. Their skin was pale, not just because they were blue-eyed blondes, but they came from England’s gentle, temperate climate. David once felt the burning South African sun, but his tan had long since faded beneath the pallor of prolonged illness.

“Someone will come soon,” Tommy reassured him.

“Why don't they hurry up?” He scuffed his boot across the verandah boards and tugged at the swathe of corn-colored hair flopping across his forehead.

A tall, slim young man sauntered up to them. “Are you the Lindsays?”

David took a step forward and shook the other man’s hand. “Yes, I'm David Lindsay. This is my sister, Thomasina, although she’ll only answer to Tommy.” He gave a strained grin. “And the young fellow is Jamie.”

“Pleased to meet you. I'm Jim Cavendish. Easy to see you're fresh out from the old country.” Smiling, he touched his hat as he glanced at Tommy. “I'll be taking you to your Uncle’s place.”

“Oh, Mr. Cavendish, you’re Uncle Henry’s friend. He often mentioned you in his letters.” Tommy greeted him with sincerity. He had been a good friend to a lonely old man.

“Will we see outlaws, mister?”

Jim laughed. “They’re called bushrangers out here. We might run into some. This is Ned Kelly country, you know? He glanced at David. “Fine stallion you’ve got there.”

Tommy smiled as her brother's eyes lit up for a moment, before bleakness snuffed out the light.

They waited until Jim returned with a decrepit cart drawn by one horse. She tried to suppress a shudder. The Cobb and Co. coach bringing them to this frontier inn had not been too bad, but this cart looked ready to fall apart at any moment. She did not mind so much for herself, but worried about David, who had still not recovered from his injuries.

Jamie jumped up and down in excitement now. The long sea voyage out from England and the coach ride had not bothered him over much. With the resilience of the young, he soon forgot the traumatic events of the last few months.

On their father’s death, they discovered their manor house and all the land surrounding it belonged to someone else. They were left in such dire straits she sold family heirlooms to pay for their passages out to Australia.

What a great beginning, Margaret. I thoroughly enjoyed it. Please come back and see us again.
Posted by Elaine Cantrell at 8:05 AM

Hi Elaine,
Thank you so much for inviting me to visit your blog.I enjoyed it.

Margaret, I love your excerpt. Beautifully written. No wonder it won the 2010 Best Historical of the Year at Readers Favorite. I can't wait to read the whole story.

Margaret, enjoyed your interview and loved FRONTIER WIFE. What a great story!

Oh, Margaret, I love the excerpt. I can feel Tommy's worry for David like a sharp pain in my ribs. I'm not surprised it won the Reader's Favorite award.

My TBR pile just got a little bigger.

Hi Mona,
Thank you so much. Well, Frontier Wife and I were in good company when we won the Best Historical of the Year, you won Best contemporary of the Year.

Hi Caroline, Keena and Janice,
Thank you so much for dropping by, I really appreciate it.

Thanks for the chance!

Hi Jenna,
Thanks for dropping by I appreciate it.