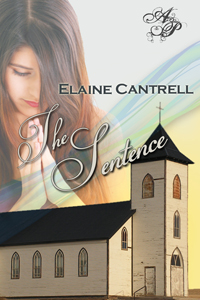 Even though Christmas is the most wonderful time of the year for most of us, there are a lot of people who don't have good Christmas memories.  My hero in The Sentence Clint Hayes is thinking about his boyhood Christmases as he opens presents with Reverend Amos and his family.


Somehow, he hated to open his gifts in front of everyone.


inside, a distinctly unpleasant sensation. Even before his stepfather


threw him out his family didn’t have celebrations like this one. On


their last Christmas together, his mother had bought him a pair of


shoes and a new basketball. She let him open the presents the


minute he woke up. But she’d spent most of her money and time


He didn’t begrudge his stepfather the gifts. He’d begrudged

him his mother’s affection.
Posted by Elaine Cantrell at 8:17 PM

A very telling sample and so powerful

powerful slice of a scene

He's certainly had it rough. I'm sure that's all going to change soon.

Ah, I can feel for Clint....there's nothing worse than Christmas without a mother's affection.

Thanks for visiting my blog.

He's had such a sad past. I'm so hoping this Christmas with the reverend's family is going to be very different. Excellent sample.

What a poignant look into Clint's heart! Thanks, Elaine.

I hope things start looking up for Clint this Christmas.

Thank you all so much for reading my sentences.