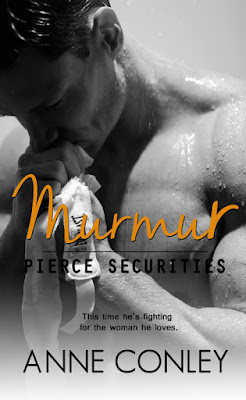 Valerie Dunaway is a former socialite who has hidden from the public eye for years, due to a horrific attack that left her scarred—physically and emotionally.

When a strange masked man makes himself at home with her, she’s unable to run. She calls the cops, but the agoraphobic won’t go into protective custody, so Detective Hollerman calls the only people he trusts: Pierce Securities.

Quinten Pierce is a Renaissance man—artist, lawyer, fighter—but his latest assignment has him losing his ever-present control. He’s got one fight left in his career, and although he can’t wait for it to be over, his opponent seems to have ties to Valerie, thus forcing him to hold on until he finds out exactly who he’s working with.

With the help of the Pierce team, the scarred princess and the gentle giant must silence the murmurs of the past that threaten their future. 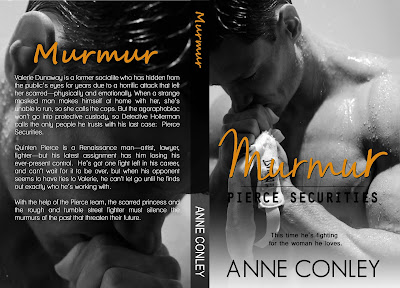 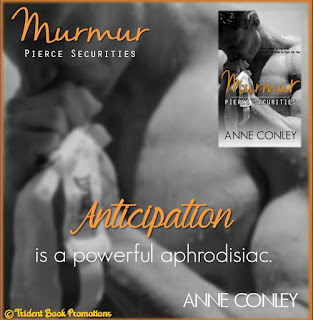 They worked side by side for hours, with Quinten doing periodic checks through her quarters. Her mask continuously slipped, and Valerie continuously adjusted it. She was working on smaller, detailed pieces of her bird houses, making little shutters for the window holes, and the small reciprocating saw she used was difficult to see through the eye holes. Finally, Quinten had enough.

He’d cut all his pieces and ground the edges smooth and had begun taping them to solder together. But he finally stopped with a sigh.

“Do you have to wear the mask? Valerie, I’ve seen you. It’s obvious you don’t typically work with it, and you’re liable to hurt yourself because you’re limiting your vision with it on.” He took a step closer, and she stiffened, so he froze, looking at her eyes through the holes of her mask. “You’re fucking stunning. With or without it. Just take it off,” he said quietly, then held his breath.

She was a bird again, ready to take off in flight at any moment. He longed to yank it off her face and bury his mouth in the softness of her lips, but he relegated that thought to imagination only. Her eyes darted around wildly, and her hands twisted in front of her. She waged an inner war, and Quinten had no idea what was happening inside her head.

“It’s just us,” he reiterated. “I won’t even tell anybody if you don’t want.” Lowering his voice, he reminded her, “I’ve seen you without it.”

Her mask today was the purple one, and it went with the lavender swirly patterns in the long dress she wore. Her fingers trembled as she reached for it and slowly peeled it off her face, inch by inch. When she had it off, her eyes were closed as it dropped to the ground.

Quinten took a step closer, his eyes gazing at her mouth, plump and lush and utterly kissable.

Painfully slowly, she opened her eyes, and they made a tortuous path up his body before landing on his face.

Valerie’s eyes were the greenest of green, like Caribbean pools at the base of waterfalls you saw in magazines. They watered with uncertainty, and Quinten would have done anything to reassure her.

She let out a wild sob and grabbed the front of his shirt, yanking him toward her. So he kissed her. And promptly lost his mind.

Her lips were so soft and warm, and as soon as they touched, she let out a sobbing cry. Instinctively, Quinten knew she needed him to show her exactly how beautiful she really was.

He could only imagine her life up until now—only being worthy because of her beauty and then having her perception of that beauty taken away in such a horrific way. So horrific, she felt she deserved to be shut away from the public eye when she was used to being in the public eye at all times.

So Quinten kissed her for all he was worth. It began with a melding of lips, just tasting her sweetness against his lips. Then he tickled her lips with his tongue and when she opened, he swooped in.

It was dizzying, the way she tasted—so fucking sweet. He grounded himself by pressing his body against hers, pushing her up against the workbench, but it wasn’t enough.

He would never get enough.

He tangled one hand in her blonde locks while the other went around her waist and pressed her fully against him. It was tacky, but he pressed his erection into her hip because he needed her to see somebody wanted her. Desired her.

His lips were wet with her tears, and Quinten wanted her to tell him why she was crying. He needed her honesty—with him as much as herself. He broke the kiss and leaned his forehead against hers, looking into the depths of her green eyes. 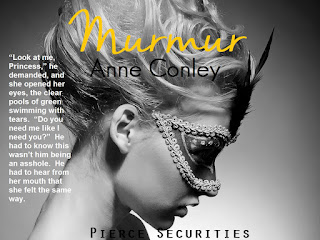 “Why the tears, Princess?”

She laughed but sobbed at the same time, and he used his thumb to wipe the track down her face.

“Because you’re not disgusted.”

Had someone told her she was disgusting? That right there broke Quinten’s heart, and all thoughts of waiting until this was over evaporated in one lust-hazed instant.


“Let’s go back to your bed, and I’ll show you just how not disgusting you are.”

Read other stand-alone novels in the Pierce Securities Series: 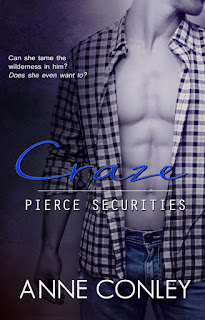 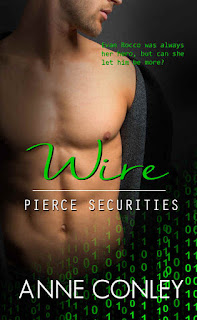 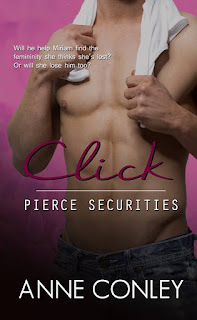 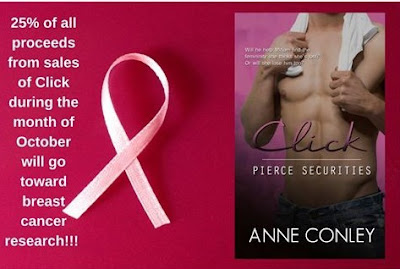 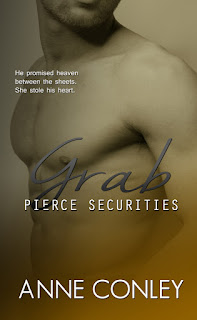 Have you read The Book B!tches, yet? 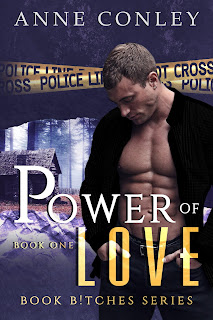 Anne has written her entire life and has the boxes of angst-filled journals and poetry to prove it. She’s been writing for public consumption for the past several years. Currently, she has four romance series. In Stories of Serendipity, she explores real people living real lives in small town Texas in a contemporary romance setting. In The Four Winds, she chronicles God’s four closest archangels, Uriel, Gabriel, Raphael, and Michael, falling in love and becoming human. In Pierce Securities, she gives us Ryan, Evan, Miriam, Zack, Quinten, and Simon. Her newest series, Book B!tches, is all about a group of women in Mystic, Texas who get into all sorts of shenanigans. She lives in rural East Texas with her husband and children in her own private oasis, where she prides herself in her complete lack of social skills, choosing instead to live with the people inside her head.