Review: Lost Treasures of the Heart 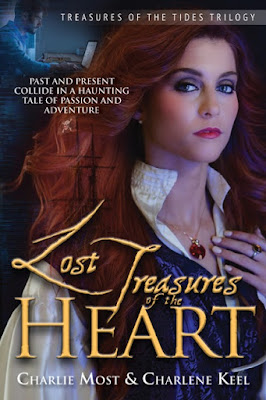 Lost Treasures of the Heart
by Charlie Most & Charlene Keel

Architect Jonathan West is on a big project when he learns his wife has been unfaithful. On a fishing trip in North Carolina’s Outer Banks, he’s wondering what to do about his marriage when he sees a ghost ship. On it is a spectral woman, gazing at him with a plea in her eyes.

Jonathan buys a house on the beach near the sighting and finds an old sea chest washed up there. Its contents, including a miniature portrait, reveal that it belonged to Kate Russell, captain of the Royal Thomas, which sank in 1721.

It’s the same woman Jonathan saw on the ghost ship, and her journal describes in her own words a life of piracy and sweeping romance. As past and present collide, he starts seeing her everywhere, waking and sleeping. With a haunting desperation, he senses she wants something from him. If he can figure it out and find a way to help her, he believes her spirit will finally rest.

There was something about the place that connected with him the moment he stepped inside.  He couldn’t have described it.  He just . . . liked it.  It felt right.  It was the right house.  The house he wanted.  The house that wanted him.  As soon as the thought occurred to him, he realized how bizarre it was.

Dinner was delicious—steak, shrimp and some of the fish they’d caught the day before, all grilled to perfection.  The men laughed and joked and told tall tales about previous experiences out at sea, trying to ignore the fury of the storm.  Finally, the weather settled down a bit.  Jonathan decided to turn in.

After he’d brushed his teeth and packed his bags, he went out on the deck for one more lung full of ocean air.  The rain had become a gentle mist, although dark clouds still roiled in the sky above.  Jim, Mike and Tim were on the deck too, smoking cigars and sipping bourbon.  After exchanging a few words, each man drifted into his own private thoughts, looking beyond the beach, out at the tempestuous sea.

Suddenly thunder boomed louder than Jonathan had ever heard it.  There was a bright flash of lightning and a volley of huge raindrops pounded the deck and the men standing there.  They took shelter beneath the big umbrella so they could watch the storm.  Rain poured from the sky like a waterfall for a minute or so and then, as suddenly as it had started, it stopped.  The moon came out, full and bright, and as it dipped through the departing clouds it rendered some of the most beautiful colors Jonathan had ever seen—silver, white, violet and dark navy blue with touches of pink at the edges.  The three men went to the porch railing and gazed out at the eerie stillness.

As the moon climbed in an inky sky, a mist rose from the sea and for a moment Jonathan felt an almost transcendent calm steal over him.  Stars were beginning to dot the night canopy and he stared into the distance, out at the horizon.

And what he saw there made him draw in his breath and hold it for a moment.

Patches of mist and fog drifted, separated, came together and separated again.  The moon reflected off the surface of the water and shone through the mist, making it sparkle like diamonds.  Then it separated once more, for just a few seconds, and in the distance he saw a dark shadow drifting slowly, gliding across the surface of the water.  It entered a patch of moonlight and he could see it clearly, sharply outlined in the glow.  It was a ship—and he saw a woman standing on the bow.  Like the ship, she was from another era—one long since passed.  Her vessel was old and square-rigged, and its sails were unfurled to capture the wind.  There was something about it—and about the woman—that was achingly familiar.  As if he should know it.  As if he should know her.

She turned then, and he got a glimpse of her pale face and long red hair.

She looked directly into his, her own glinting in the moonlight with unshed tears.  Her gaze was full of sorrow.  He had never seen eyes so full of pleading.  It hit him like a sucker punch to the gut.

She wanted something from him.

“What the hell?” Jim said under his breath.

“You see it too?” Jonathan asked, still staring at the ethereal woman, feeling like he was in a dream.

The ship was about a hundred feet long and traveling at twelve or thirteen knots, the best Jonathan could tell.  The biggest sail was in the center and it had two or three smaller sails in front.  They all watched in a silence that was almost reverent, for maybe five seconds, until it drifted into another patch of fog.

Then the fog lifted.  The ship was gone.

“What the hell was that?” Mike asked.

After a moment, Jim spoke. “Ghost ship,” he said quietly.  “Never seen one before now and wish I hadn’t seen this one.  I didn’t think they really existed but they sure as hell do.”

Jonathan didn’t know how to react and he didn’t trust his voice.  As ridiculous as he knew it was, he thought if he tried to talk he would start crying.  The experience was that deep, that profound.  Even when the ship was gone, the image of it remained burned into his brain, engraved into his consciousness.

He’d seen a ghost ship—and seeing it meant something.  It was important.

He would never forget it.  After a moment, when he could be sure he wouldn’t give way to the emotion that was trying to take over, he asked, “Did you see—was there anyone on board?”

Tim shook his head and Mike said, “No—it was just an old sailing ship.  It was there, though.  We all saw it.  And then it just disappeared.”

Jonathan walked along the deck, still searching the horizon for any sign of the mysterious ship, wondering what he had just witnessed.  Something new was pulling at him, something powerful and strange—a yearning he couldn’t name, one he knew would consume him if he didn’t satisfy it.

This was a good read. I enjoyed the story on two levels. One, it was interesting to see the disintegration of a marriage that had been troubled for some time, and two, I loved the combination of the past and the present. I've always been fascinated by ghost ships and the like so this book was right up my alley. The way it was written I got goosebumps a time or two. I thought I saw the ending coming, but it was quite satisfactory anyway. 4 out of 5 stars.
~~~~~~~~~~~~~ 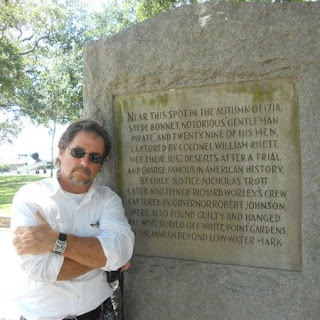 The sea has always played a dominant part in Charlie Most’s life. It seemed to be calling him, even as a child, bringing calm when he seemed intent on raising hell. As an adult, he channeled his restless energy into successfully running his construction company, Baltimore Steel Erectors. One moonlit night, while fishing in the Outer Banks, Most and his pals saw the silhouette of an ancient square-rigged vessel skirting across the horizon. They all watched as it disappeared once again into the Graveyard of the Atlantic, and the mists of eternity. That moment changed his life forever and he knew he had a story to tell. Lost Treasures of the Heart is his first novel. 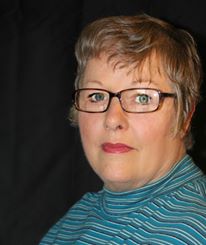 Charlene Keel has written over a dozen novels and how-to books. Shadow Train, the final installment of her YA supernatural trilogy, won a Paranormal Romance Guild Reviewer’s Choice Award, and The Congressman’s Wife (for Red Sky Presents) is getting rave reviews. Her new blended-genre novel, Lost Treasures of the Heart, has just been released.
Keel has also worked as editor for international magazines, including Playgirl, For the Bride and Black Elegance.  She says the most fun she’s had as an editor (so far) was at Spice, a fanzine featuring rap, R&B, soul and gospel music. During her time there, she enjoyed going to parties for such notables as Puff Daddy, having lunch with Gloria Gaynor and attending a pasta dinner where Mariah Carey did the cooking.

Keel’s editorial assignments include The Health of Nations, a book on political philosophy, and That Nation Might Live, a moving tribute to Sarah Bush Lincoln, Abraham Lincoln’s stepmother. Her TV credits include Fantasy Island and Days of Our Lives, and her book, Rituals, was the basis for the first made-for-syndication soap opera. She also produced (for Romantic Times) the first annual Mr. Romance Cover Model Pageant.

Lost Treasures of the Heart will be $0.99 during tour.

Charlie Most & Charlene Keel will be awarding a $10 Amazon or Barnes and Noble GC to a randomly drawn winner via rafflecopter during the tour.

What books are you looking forward to reading in 2017? Thanks for the giveaway. I hope that I win. Bernie W BWallace1980(at)hotmail(d0t)com

I've enjoyed following the tour for Lost Treasures of the Heart. I really liked all of the great excerpts and reviews along the way.

What books would you like to read in 2017? Thanks for the giveaway. I hope that I win. Bernie W BWallace1980(at)hotmail(d0t)com