Seven Days to Goodbye & Starting Over 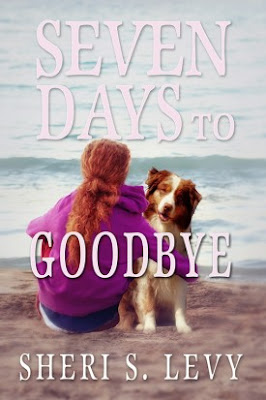 Seven Days to Goodbye & Starting Over
by Sheri S Levy

Thirteen year old, Trina has chosen to raise service dogs and have puppy after puppy. But during her seven day beach vacation, Trina struggles with having to return Sydney at the end of the week and worrying about her best friend changing into a stranger. To complicate the week, Sydney, meets a young boy with autism and the girls meet his two older brothers. Tension is raised over the guys, and Trina fears she’ll lose more than her service dog. Will Trina's lose her best friend, also?

Sydney climbed on my lap and licked the corners of my eyes. I buried my face in his soft fur and scratched under his chin. He leaned into my hand as I whispered, “We’ll have fun with or without Sarah. We just have to.”

Staring through the side window, a deep-blue summer sky flickered between pine trees covered in kudzu. Sarah’s car passed on the right. I turned the other way.

Off the freeway, we headed east and then south down a two lane road through sleepy little towns one after the other. Twenty minutes later, I leaned forward between the front seats, “Wow. Look.”

Branches from gigantic live oak trees slanted towards the middle of the street. The trees looked as though they were trying to touch each other and some did. They reminded me of my cozy canopy bed where Sarah and I had spent many nights, giggling and whispering. But this canopy was made of tree limbs in different shades of green, dripping with grayish, Spanish moss. The moss hung like ghostly long arms swinging in the wind.

“This is kind of spooky beautiful. It’s like being in a green tunnel.” I cracked my window.

A whiff of salty ocean filled the car. Sydney lifted his head as the trees whizzed by. His nose twitched. “We’re getting close, Syd.” He squeezed into the same space with me and gazed out the front window.

Suddenly, the trees disappeared. The cloudless sky stretched with no end in sight. Pelicans flew in an upside down, V formation. On both sides of the road, squiggly tidal creeks flowed through green marshlands. White birds with skinny legs stood statue-still in the shimmering water. This was a place I’d only seen in postcards.

Pelicans flew in an upside down, V formation. On both sides of the road, squiggly tidal creeks flowed through green marshlands. White birds with skinny legs stood statue-still in the shimmering water. This was a place I’d only seen in postcards.


1.    Did you always want to be an author?
Growing up, I never thought about being an author. I wanted to be a forest ranger, a dress designer, a dancer, and a Special Ed. teacher. It wasn’t until I was close to retirement, the urge took over.
As a child, I wrote every day in my diary, and as an adult I kept a travel journal. Since my parents frequented the library, I filled my arms with books. At night, I’d hide under my covers with a flashlight and read until I couldn’t keep my eyes open.
It wasn’t until I started teaching, the desire to write blossomed. As I read to my students, they leaned forward in their chairs and soaked up each word. They spurred my writing interest. I began reading about writing, taking online classes, and then joined SCBWI.

2.    Tell us about the publication of your first book.
When I retired from teaching, I began my first novel. After seven years of writing and revising, I stashed it in a drawer and began Seven Days to Goodbye.
My love of Edisto Beach, dogs, and special needs children found its way to the pages. I used my experiences and memories and spent three years polishing the words. Soon, I received requests for full manuscripts from agents. On a friend’s Facebook page, I read Barking Rain Press was open to submissions until midnight. I hadn’t thought about querying to a publisher.
After researching their site, I wrote my very long submission and sent it one minute before midnight. A month later, I received a request from BRP for a full manuscript.
While watching the morning show two months later, I scanned my phone messages. My eyes caught the Barking Rain Press email. “We would like to offer you a contract on your wonderful story.”
Shocked, I handed my phone to my hubbie and asked him to read the message. He smiled. “Yep! That’s what it says!”
What a thrill it was to be with a supportive team. My publisher had the book printed August, 2014. Just in time to enter, Seven Days to Goodbye, in the Dog Writers Association of America’s contest. It won in their Special Interest category, February, 2015.
My first book launch, September 11th, 2014, was like birthing another baby.

3.    Besides yourself, who is your favorite author in the genre in which you write?
I tend to read stories with animal subjects that pull on my heart strings. If a story involves rescues, service dogs, horses, turtles or dolphins, I’m hooked.

4.    What’s the best part of being an author? The worst?
Being an author is especially rewarding when a reader identifies with the characters and shares their delight.
I spend a lot of time in isolation, day dreaming, pretending, and watching people. As the words spill out, I have fun adventures with my characters inside my mind.
An extra perk is doing school visits and writing workshops. This allows me to be with students and encourage them to dream big, and to go after their goals.
The hardest part of being a published writer is the online marketing. It is very time consuming and it takes away from my writing time.

5.    What projects are you working on now?
I am marketing, my young adult series: Trina Ryan’s Dogs in Training. I present, Seven Days to Goodbye, to schools and teach writing skills. I also attend book festivals, and fund raisers for PAALs.org., a service dog organization. They have helped me with my research, and I support them with proceeds from my book.
We have begun promotions for the sequel, Starting Over. The illustrator, Stephanie Flint, is designing the cover, and Barking Rain Press is beginning the book layout.  Pre-orders will be announced. July 18th is our print date. And I will celebrate with another exciting launch for Starting Over.
While these things are in the works, I am busy writing the third book, For Keeps. 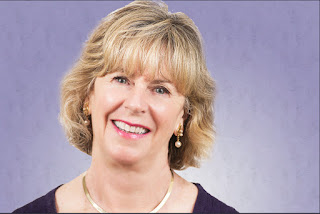 Sheri, originally from California, moved to South Carolina with her husband, two children and a Siamese cat. Soon they adopted their first rescue dog who influenced their need to continue living with dogs. Sheri taught a multi-handicapped Special Ed class, and then a GED-parenting class, which included home visits. Because of her love of reading, Sheri found unusual ways to encourage children to read. After her rescue of a difficult dog, Sheri enrolled in dog classes to change his behavior. Her dream of writing, Seven Days to Goodbye, came from the culmination of her beach experiences, her understanding of behaviors, and from research with PAALS, a service dog organization.
Links:
ISBN: 978-1-935460-74-9   EBook- 978-1-935460-75-6
Facebook.com/Sherislevyauthor342003522553368
Amazon link: https://www.amazon.com/Sheri-S.-Levy/e/B00NSGMS0S
Twitter: @SheriSLevy
Website: www.sherislevy.com

Sheri S Levy will be awarding a $20 Amazon or Barnes and Noble GC to a randomly drawn winner via rafflecopter during the tour.

Thank you, Elaine, for all of your time and efforts in putting this blog together. It looks wonderful and It is fun to share Seven Days to Goodbye and announce the sequel, Starting Over, is coming soon-

Thank you, DanieX, Victoria, Rita, and Gwendolyn. I am on Edisto Beach for a few more days. We took our dogs on the walking trail, exploring. How nice to have you read the post. I hope you have a chance to read Seven Days to Goodbye to get a feel for Edisto Beach and all of the wild life, and of course, the characters that pull it all together.
Thanks for being in touch-

Thanks, Cali for reading and responding!

Hi Lisa, Thanks for reading the blog post. Good luck on winning!

Thank you for introducing me to this book, it sounds like something I'd really enjoy reading!

If you enjoy the beach, humor, and plenty of puppy love in both varieties, give it a try. Check out Barking Rain Press. You can read the first four chapters and see if there is a discount.

Thanks, Elaine, for having me on your blog. it was nice getting to know a little about you! I want to stay in touch.