Wenna and Schooling the Viscount 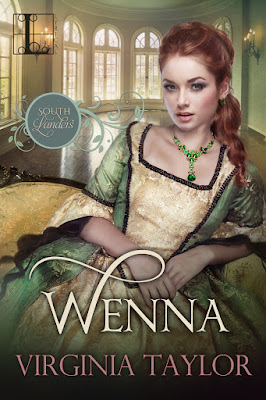 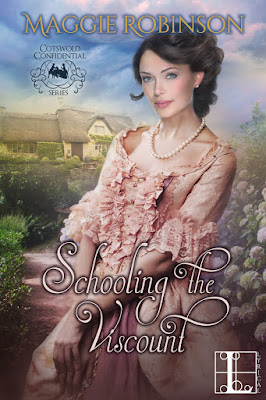 The lady’s maid meets her match…

Wenna Chenoweth’s future is secure, until dashing Devon Courtney’s illicit flirtation gets her dismissed from her job as a lady’s maid. With nowhere to turn, Wenna is forced to accept Devon’s bold proposal: To be his bride. To enter society on the handsome aristocrat’s arm. To give him the heir he requires. It’s a foolproof plan. Except Wenna finds herself falling hard for a man who can never love her for who she is….

Wenna is passionate, mysterious, and ill-suited to the idle life of a society wife. She’s also exactly the kind of woman who could endanger Devon’s hopes to build his own future far from his family’s influence. For the spirited beauty has embarked on an unthinkable plan of her own—one that could lead him to surrender his resolve, and sacrifice everything he believes he holds dear….

Yet amid the wondrous landscape of colonial South Australia, anything is possible. Perhaps even love between two people the boundaries of society would keep apart….

Welcome to Puddling on the Wold, where the sons and daughters of Victorian nobility come for a little rest, recuperation, and “rehab,” in this brand-new series of rebellious romance from Maggie Robinson.

After a harrowing tour of duty abroad, Captain Lord Henry Challoner fought to keep his memories at bay with two of his preferred vices: liquor and ladies. But the gin did more harm than good—as did Henry’s romantic entanglements, since he was supposed to be finding a suitable bride. Next stop: The tiny village of Gloucestershire, where Henry can finally sober up without distraction or temptation. Or so he thinks…

A simple country schoolteacher, Rachel Everett was never meant to cross paths with a gentleman such as Henry. What could such a worldly man ever see in her? As it turns out, everything. Beautiful, fiercely intelligent Rachel is Henry’s dream woman—and wife. Such a match would be scandalous for his family of course, and Rachel has no business meddling with a resident at the famed, rather draconian, Puddling Rehabilitation Foundation. All the better, for two lost souls with nothing to lose—and oh so very much to gain.

“Does the color suit me?”

“It looks better on Mrs. Brook,” she said, her chin raised. “With respect.” Evading his gaze, she scooped one hand around the bodice of the at his chest height and the other under the fullness of the skirts. The top of the gown dropped onto her arm, but the bottom didn’t move. She tugged.

He might have not noticed the lace had caught beneath the placket of his fly buttons had she not given an almighty jerk, which almost pulled him forward. Strangely, his voice came out husky. “You’re gripping my fly. I don’t mind, of course, but if you leave your fingers there, I’m liable to think far too kindly of you.”

She reared back, only to be stopped by the skirts again. “Can you—oh dear Lord—untangle the lace from yourself?”

He glanced down, trying not to laugh again. “I’ll likely need to unbutton my trousers.”

“Better you than me,” she said, staring at his fly with exasperation.

“I don’t want to damage the gown. You’ll be quicker.”

“Stand still.” She worked the fingers of one hand into the material, apparently trying to feel her way to the right button.

She lifted her head. “I’m not doing this for your amusement.”

“I’m not as amused as I was. Now I’m downright interested, which you will feel if you keep groping blindly in that area. You can either get down on your knees to see what you are doing, which will maintain my interest, or we can go into my bedroom, where I can fiddle around with my trousers without an audience.”

Her fingers moved faster, his cock twitched for attention, and suddenly the material came free.

“Chenoweth!” He turned his head and saw Patricia standing at the end fo the passage, her eyes narrowed and her mouth tight. 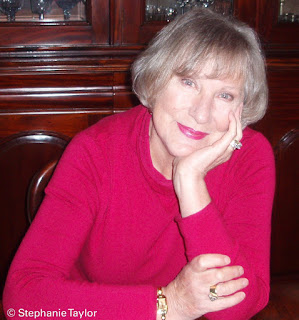 After training at the South Australian School of Art, Virginia Taylor worked in an advertising agency. This segued into re-training as a nurse/midwife before meeting the man of her dreams, marrying and producing two children. Over the years Virginia has been a theatre set painter and designer, but now she fills her days as a full-time writer.

Maggie Robinson didn’t know she wanted to write until she woke up in the middle of the night once really annoyed with her husband. Instead of smothering him with a pillow, she decided to get up and write—to create the perfect man—at least on a computer screen. Only to discover that fictional males can be just as resistant to direction as her husband. The upside is that she’s finally using her English degree and is still married to her original, imperfect hero. Since she’s imperfect, too, that makes them a perfect match. Until her midnight keyboarding, she had been a teacher, librarian, newspaper reporter, administrative assistant to two non-profits, community volunteer, and mother of four in seven different states. Now Maggie can call herself a romance writer in Maine. There’s nothing she likes better than writing about people who make mistakes, but don’t let the mistakes make them.

The authors will be awarding digital copies of both books on tour to a randomly drawn winner via rafflecopter during the tour. Use the link below to enter.

Thanks for having us visit today!

Thank you for showing the excerpt from Wenna.