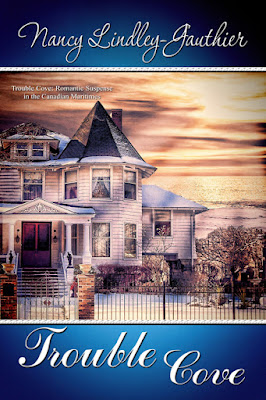 Far from the all the action of World War I, in a charming tourist’s spot on Cape Breton Island, Elizabeth Eames has stumbled into the most wonderful man in the world. She’s landed herself in a world where wealth reigns supreme; where any eligible bachelor would meet her mother’s highest aspirations. Of course, Elizabeth is dead set on the one she’s certain should not be mentioned in letters home.

Actually, there’s a lot she’s not mentioning. Something is not-quite-right at the grand resort Oceanside, but Elizabeth isn’t giving up her job on the basis of a few little suspicions. How likely could some monstrous crime be happening under her nose, anyway?

I stood in a fearful place suddenly, feeling not freedom but emptiness. I claimed I didn’t want the well-planned life of a married woman, with family, duties, and everyday much like the next, yet to up anchor, to throw cares into the wind and have no plan at all took me from quiet bay to dangerous seas indeed.

I must have clung to him as I contemplated those dangerous waters of our future. 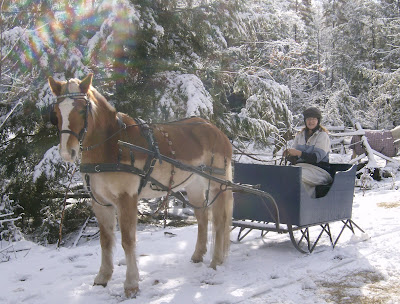 “Born in the sight of water,” are old lyrics that speak for me: For those of us from coastal towns, the sea forever calls.

“Trouble Cove,” features a journey up the eastern coast of Cape Breton Island – Nova Scotia’s northern tip – and the sea, in this, is more than the most romantic of backdrops. Wind and wave become part of the tale.

Like so many who have once visited Nova Scotia, the memory of iits rugged beauty fills me with an endless desire to return.  Likewise, the island’s siren song entwines the plot, throughout; Trouble Cove.

Please find this historical romance/adventure at :

Direct links –and some wonderful photos, available at:
www.nlindleygauthier.wordpress.com

Nancy will be awarding a $10 Amazon or B/N GC to a randomly drawn winner via rafflecopter during the tour.

Thank you for the contest and good luck with the tour!

I have enjoyed the tour. The book sounds great.

It's been fun following the tour for Trouble Cove and reading all of the posts along the way. I'm looking forward to checking it out, thanks for sharing :)

What is your favorite type of book to read. Thanks for the giveaway. I hope that I win. Bernie W BWallace1980(at)hotmail(d0t)com

I have really enjoyed following this tour and look forward to checking out this book!