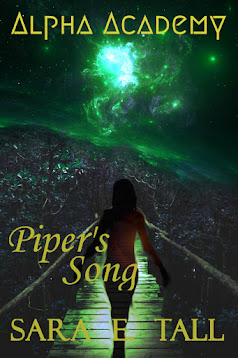 Billie thinks stopping her fellow students from committing murder and almost getting kicked out of the Realm is as bad as it gets, but she should know better.  Not only are seven of the most powerful students out for her blood, but Sedna —her former enemy turned ally— turns her enemy again when Billie refuses a part in her revenge scheme.  What’s more, Alpha Administration’s refusal to address the injustice in their school is sparking a full-on rebellion, and a lot of innocents are going to be caught in the crosshairs. It isn’t just the school either, the Realm itself is overrun with violence and hatred, which will have deadly consequences. Lucian, her self-imposed magical guru, insists Billie’s extraordinary magic is the key to stopping the flood of violence coming their way.  Billie knows her magic is extraordinary, but she also knows its destructive power. It might do more harm than good.

Nothing said, “I’m sorry,” like a scalding hot iron mallet to the face. Especially when you were a Faerie, and allergic to Iron. Saranya and her friends really knew how to make a girl feel special.

At least, we heard they were going to attack me with a mallet, it was hard to keep up with all of Saranya’s schemes to get revenge on me for preventing her from torturing another student. The nerve of me.

I tightened my grip on the empowered soap Iris, my roommate, had given me. It paid to be friends with an Elf, I’d learned, as they possessed the ability to infuse magical properties into a variety of house-hold objects. And all she ever wanted in return was my help getting books down from her top bookshelf.

“Uhh, Billie,” Thea, my other roommate, said. “Perhaps it would be in your best interests to not look so tense? We are supposed to be discussing a class project, after all.”

I loosened my grip on the soap and gave her a quick smile. Thea was terrified of Saranya and the others, but that hadn’t stopped her and Iris from telling me about their plan, or offering to help me thwart it.  She had a lot to lose, too. As a Wizard, she had a certain image to keep up, and helping a Misfit against other Wizards would do nothing good for that image.

-When I was really young I wanted to do something, anything, with animals. They I hit 4th grade and wrote a book about pets that rescue their child owners from kidnappers, and I’ve been a goner ever since. As far as the animal obsession goes, I spend four months out of the year in Yellowstone National Park, and get my animal fix in looking for all the bears.

- My first book was the first book in the Alpha Academy series, Misfit’s Rise. I ended up self-publishing. While that’s a lot of work, being able to control every aspect on the process is really exciting. It’s a pretty steep learning curve, but there are a lot of resources out there to help authors publish and market their indie books.

- Growing up I really liked Cassandra Clare, though I haven’t read her newer stuff so I might not be the best fan. I’ve also been a long-time fan of Sarah Dessen, who writes realistic YA Fiction.

- I think the best part is sharing something from your soul, and having someone else, often times a complete stranger, connect with it just as strongly as you do. It’s a powerful, almost intimate feeling. I know my life has been changed by the books I read, and getting to return the favor is the dream. The worst is probably all the rejection that comes with the game. It definitely builds character, but it’s emotionally exhausting.

I have a completed draft of the third book in the Alpha Academy series, Queen’s Fall, that I plan to release this fall. I’m also about halfway through a draft about a Witch Academy set in New Orleans that deals with dark magic and sacrifice. I’m also currently conceptualizing a middle grade novel about a couple of students who hate to read, but after some magic gone awry makes their school resemble the Arthurian legend, they are forced to dive into the voluminous texts of the Arthurian legend to keep their school from descending into total mayhem. 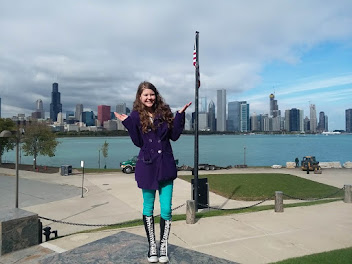 Sara’s enjoyed creating fantastic stories since she was old enough to hold a play sword, around the time she learned how to walk. Gradually she learned to direct her creative energy into writing, and it’s been a downward spiral ever since then. When she’s not writing she’s probably either dancing or reading batman comics. She also loves running away to the mountains of Utah and Montana. Nothing gets more fantastic that those views.

Sara E. Tall will be awarding a $15 Amazon or Barnes and Noble GC to a randomly drawn winner via rafflecopter during the tour.

Thanks so much for hosting!