Beyond the Book: Review of The House on Persimmon Road 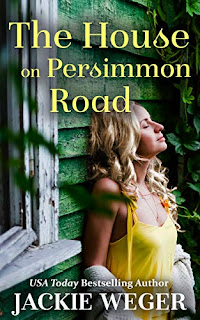 If Justine Hale had the time, she’d get in her car and go crazy. She owns two kids, an ex-mother-in-law, and a bankrupt mother. Money scarce, she moves her entire family into a run-down, two-hundred-year-old farmhouse.

Resident ghost Lottie Roberts offers to help. She’s bossy, but she cooks. So what if she’s betwixt and between? After all, it’s her house. Before Lottie can intervene, though, Tucker Highsmith steals her thunder with his sexy grin, lazy Alabama drawl, and Mr. Fix-it talent.

Plagued with the demands of her family, Justine dismisses ghost and handyman alike. But hidden agendas prevail, and Justine is caught in the middle.

First of all, I loved the ghost. She was enchanting with her 1800s way of looking at things. You will be so surprised when you find out what happens with her.

Second, this is a sweet romance with no explicit scenes. There was a lot of emotion, but nothing that would make you want to hide the book.

Third, it’s a well written book. When they aren’t it takes you out of the story, but this one is very well done.

Fourth, I liked all the characters. Each and every one of them were fun to know.

Fifth, this is mainly a romance, but it’s also the story of how a family overcomes hardship and makes a new life for themselves that promises to be even better than the life they had to leave behind.

If you have the time to read it I don’t think you’d be disappointed. It’s my favorite Jackie Weger book.

Thank you so much for reading -- and sharing your review with your friends, Elaine!

It's always appreciated when readers take the time. I'm so glad you enjoyed "The House on Persimmon Road." Lottie is one of my favorite characters, so much so... I recently interviewed her on my website.

Lottie even shared a recipe with me. XoXo

I will definitely check out that recipe.