Samantha and Jake fight to save their poisoned parents, and instead find themselves in a battle to save the parallel magical world of KiraKu. The two teens discover they must defeat the Evil One—a diabolical master of deception—or their own world will fall too. Samantha must master the mysterious supernatural staff, WhipEye, and find out if she has what it takes to fulfill the prophecy of the true guardian. In a final battle, reminiscent of Lord of the Rings, the two teens will have to risk everything, or lose it all. For Fans of Fantastic Beasts, Percy Jackson, Harry Potter, The Hobbit, and Lord of the Rings.

~ Magical Beasts is now in development for a major motion picture. ~

I fling myself sideways onto the grass, pulling WhipEye out of reach of the lizard’s snapping jaws. The beast keeps going, leaping up.

Tarath springs vertically after it, but the Komodo’s flapping wings lift it fifty feet in one beat, inches beyond the caracal’s swinging claws. Tarath falls back to the ground, landing silently on the grass. She snarls up at the Komodo.

Hissing, the lizard hovers above us. His eyes bore into mine. “If you want to save your elders, bring the staff to Gorgon. Today. Alone. Or they die.” Shifting his gaze to Tarath, he says, “We’ll meet again, Great One.”

Tarath yowls while the Komodo quickly flies away, giving a faint roar before it fades in the distance.

“Mom.” Jake rests his hand on his mother’s shoulder. She appears unconscious.

Scrambling over the lawn to Dad, I press trembling fingers against his neck. He has a pulse. Jagged cuts on his thighs have darkened his jeans with blood. The same ugly slashes mark Cynthia’s legs. The wounds appear serious enough for stitches, but not life-threatening. In fact, when I examine Dad’s cuts closer, they’ve already stopped bleeding. Komodo bites can be deadly due to venom, but I’m not sure about claw wounds.

Jake looks bewildered. “Why didn’t you give the staff to the Komodo, Sam?”

My throat thickens. “I couldn’t.” It sounds lame, even to me. With one decision everything in my life is in shambles. And I have no one to blame but myself.

Tarath surprises me when she shrinks to five feet tall while padding toward us. Lowering her head between our parents, she sniffs the air. “Poison,” she spits.

A Word From the Author

How to make Themes blend in, without hitting the reader over the head with them

In MAGICAL BEASTS the main character, Samantha, is a wildlife and nature expert. She knows wildlife common names, behavior, and scientific names. Since the book is full of wildlife and Great Ones that are large animals, Sam’s knowledge gives great insight into characters, without making it seem preachy or an info dump. That thread runs throughout the novel and series and ties everything together. Another theme is love—the choices we make for ourselves as individuals vs. those we make to protect the planet. Because Sam has to make a choice like this in book 1, it brings this theme up without sounding preachy or just thrown in—it’s the center of the story.

Also, since the main character has all this wildlife information, it’s natural for her to say scientific names, which you probably wouldn’t even teach in a high school biology class. It allows introducing interesting information that makes the reader wonder, aside from the plot and everything else that is going on. The other character, Jake, doesn’t have the same bent, and isn’t as enamored by wildlife. So he would represent most of the readers, and his comments to Sam at times become very relatable to the reader. There is a life-or-death situation, and Sam is wondering about the wildlife creature, while Jake is worried about living or dying. That can lead to humor.

Think of the themes you want to express or underline in your story, and then see how you can make some element of the main character relate to it, so it’s a natural part of the story. It will make your life easier, and readers will appreciate the seamless story. 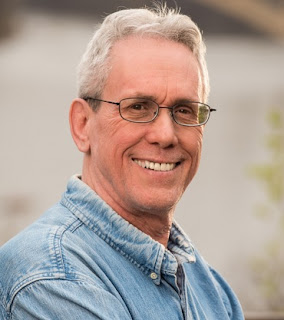 Geoffrey Saign’s love of wildlife led him to write the award-winning fantasy series, Magical Beasts. He often experiences the magic of nature and wildlife while hiking and swimming. He has a degree in biology and has assisted in field research on hummingbirds and humpback whales. Geoff loves to sail big boats, hike, and cook—and he infuses all of his writing with his passion for nature. As a swimmer he considers himself fortunate to live in the Land of 10,000 Lakes, Minnesota. See what he’s up to at https://geoffreysaign.net/magical-beasts

Geoffrey Saign will be awarding a $30 Amazon/BN GC to a randomly drawn winner via rafflecopter during the tour.

I love the cover art!