Marco Vieira serves his customers at Cups Café with a smile even though he’d rather be working on his novel. Recently, however, he’s having more success making specialty BLT sandwiches for the citizens of Maplehaven than adding any words to his manuscript. He’s tried all the tricks to get over writer’s block, but nothing seems to work. He can’t find any inspiration—in writing or in relationships. His friends have all found their soul mates, but he’s still staring at the blank pages of his love life.Shaina Windsor needs money. If she doesn’t get some cash soon, her very sick twin sister, Heather, isn’t going to survive. Shaina has to find a way to afford medical treatment for Heather before she loses her only living relative—and her best friend. Out of funds and nearly homeless due to their late Aunt Patty’s financial debts, the sisters arrive in Maplehaven in a rusty RV, hoping for a miracle.When Shaina eyes Cups Café as a potential source of money, she decides desperate times call for desperate measures. What she doesn’t expect is to play the role of hero when she discovers Marco is still inside the café after hours and in trouble. Her next move could mean life or death for both of them.Is one kind word enough to write a happy ending? 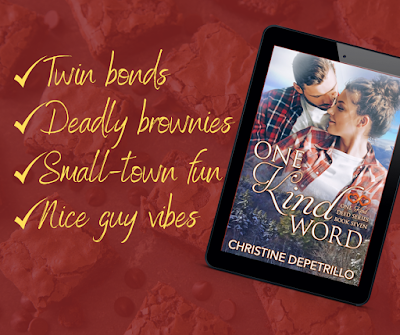 Marco ushered Shaina and Bones out to his SUV. Once he got behind the wheel and started the engine, he angled toward Shaina.
“So, do you totally hate Jorden and Diana?” he asked.
“Oh my God. They are the worst. I don’t know how you can stand them.”
“Yeah, I figured. Awful. The both of them.”
Shaina rested her hand on his forearm as he prepared to back out of his friends’ driveway so he paused. “You’re the worst too.”
“Of course. I’m absolutely horrible. You definitely shouldn’t come home with me.” Having someone to joke around with like this was fun.
“Totally should not kiss you either. Not at all.”
“Ugh. You’d have to be out of your mind to suggest kissing me.” He eased down the driveway and had to remind himself not to push the accelerator all the way to the floor. This talk about kissing made him want to get home as soon as possible.
“For some reason though,” Shaina began, “all I can think about is kissing you.”
Happy he wasn’t the only one, Marco said, “Well, I suppose I can allow it so you can get it out of your system.”
“How kind of you.” Shaina laughed and leaned forward.
Marco didn’t waste any time meeting her halfway. He had to remind himself to keep his foot on the brake as his lips met hers, but she was careful to not let the kiss get out of control. A quick tangle of their tongues then Bones joined in. One minute he had Shaina’s soft lips on his and the next a wet dog tongue sloshed across his beard.
Shaina pulled away with a giggle.
Marco didn’t find it quite so funny. “Listen, Bones, we need some rules here when Daddy’s kissing someone else.”
Shaina kissed Bones between the eyes then gently nudged the dog back a bit to drop another quick kiss on Marco’s nose. “Get us out of here.” Her voice was breathless and the sexiest thing he’d heard. 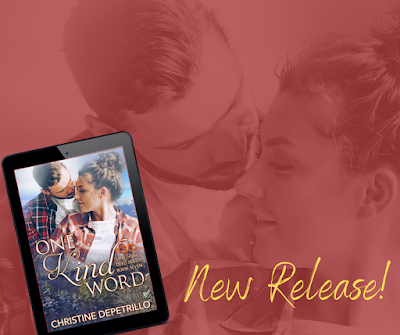 Christine DePetrillo can often be found hugging trees, conversing with dragonflies, and walking barefoot through sun-warmed soil. She finds joy in listening to the wind, bathing in moonlight, and breathing in the fragrances of things that bloom. If she had her way, the sky would be the only roof over her head.

Her love of nature seeps into every story she tells. As does her obsession with bearded mountain men who build, often smell like sawdust, and know how to cherish the women they love. Today she writes tales meant to make you laugh, maybe make you sweat, and definitely make you believe in the power of love.

She lives in Rhode Island and occasionally Vermont with her pack--a husband, a cat, and a big, black German Shepherd who defends her fiercely from all evils.

Visit her and sign up for her newsletter at www.christinedepetrillo.weebly.com anytime. 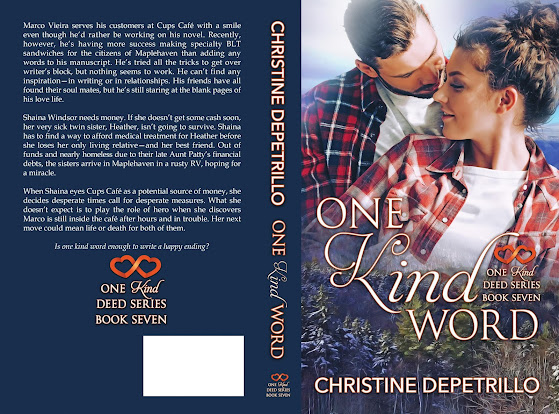