The Place Beyond Her Dreams 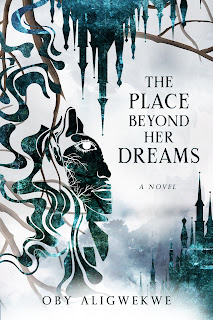 The Place Beyond Her Dreams

“We are most courageous at our weakest; when we believe we have faced what we fear the most and have nothing more to lose.”

At the sudden death of her grandfather, Ona’s pain transports her to mystical Luenah—a place of infinite possibilities, free of turf wars and other ills that plague the earthly dimension she lives in. In Luenah, where her grandfather awaits her, Ona learns she is an Eri, one bestowed with unique intuitive and spiritual gifts passed down from generation-to-generation.

On her eighteenth birthday, she returns to Luenah and is handed a box to deposit her ‘exchange’ for love and happiness—her great desires.

Burdened by her quest, Ona crosses paths with danger and heartbreak as the two men that love her dearly are viciously pitted against each other. As evil looms, she learns that dreams carry a hefty price, and no one is who they seem. Now, she must unmask the villain and save the one she loves, even at the risk of losing everything she holds dear.

Set against the backdrop of two warring towns, Oby Aligwekwe's Young Adult debut—told from the viewpoint of her main character—is inspired by her West African heritage, fables, and spiritual beliefs. Ona’s journey reveals the power of choice, the true source of happiness, and, most importantly, the transformation one must go through to realize and eventually occupy their purpose.

Amidst all that chaos, Okem lifted me with both hands and walked in the direction of the house. Everyone stared at us in amazement. Okem had grown from the scrawny child that came to live

with us a few years back to a strong teenager. I couldn’t believe it was the same person who had irritated me so much the first time I met him that sacrificed his own life to save me.

Before long, Okem became my greatest friend, brother, and teacher. My grandmother sent Okem to the community secondary school in Ntebe, and I moved away from home to attend the private co-ed in Ajidi, the big city. Okem’s school wasn’t highly ranked, but it was relatively good. It had produced some high caliber individuals that went on to become successful leaders in the community. In contrast, my school was one of the highest-ranked schools in Ajidi. It was reserved for the brightest and the most privileged pupils—the children of the rich, and top government officials.

Despite the differences in our upbringing, Okem and I treated each other as equals. I wished I could see him every day I was in school. Unfortunately, that luxury was left for the holidays and once a term when he came along with my grandmother on visiting days. On those special occasions, Okem dressed in his Sunday best and wore his hair in a different hairstyle each time to impress me—whatever was in style that season. The haircuts always had a name —“pompadour” or “high top fade,” or “mohawk.” It was always something funny. I could sense his excitement whenever he showed them off. Those occasions were the most memorable of my stay in boarding school. 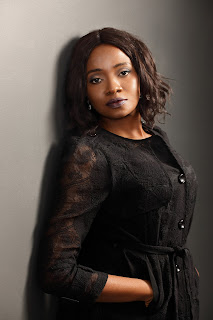 Oby Aligwekweis the author of Nfudu and Hazel House. The Place Beyond Her Dreams is her Young Adult debut.

Oby’s first novel, Nfudu, a romance set in 1960’s Paris, received critical acclaim and was featured in publications such as Excellence Magazine and Mosaic Editions. Her second novel, Hazel House, paints a vivid portrait of how the needs of humans collide amidst intense desire and the quest for power. In her Young Adult debut, The Place Beyond Her Dreams, the protagonist Ona goes on a transformative journey to discover her purpose.

A talented writer, Oby is also an inspirational speaker and a chartered accountant. She lives in Oakville, Ontario, with her family and supports her community through her charity Éclat Beginnings.

When Oby is not working on her day job or whipping up stories, she enjoys traveling to exotic locations and bringing pieces of her travel with her.

The blurb and the excerpt sounds really good.

Thank you for hosting. Oby.