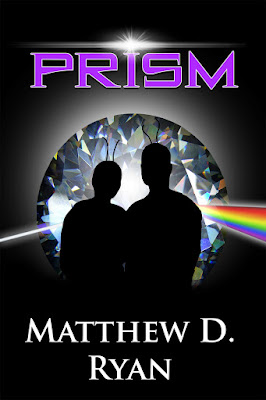 In the mystical realm of the Cavern, Akarra is Shardshaper to the quartzian people who inhabit it. Fashioned from quartz and filled with enchanted light, the quartzians are a strong and hearty people. Akarra is no exception. But when destiny intervenes, she must choose between the he-quartz she loves and the life path she lives for. Which shall she choose?

Akarra knelt expectantly on the floor near the back corner of Yridia’s Cave.

“I know, Mistress Shardshaper,” Akarra replied, head bowed in deference. “You’ve told me so—many times—but I just don’t see the use of geometry.” She was tired; it had been a long training session and she still wasn’t through.

The small but cozy cave—one in which she had spent many long hours engaged in study—had been hollowed out in the shape of a twelve-sided figure of exquisite design—a dodecahedron, it was called. It at once conveyed a sense of space, mystery, and power. Much like the element it represented: the ether. Each of the twelve faces of the shape formed a perfect pentagon—a five sided figure of further significance and meaning. The pentagon-shaped floor, of course, was made of clouded white quartz; the ceiling, clear. The pentagons on the walls alternated between white and clear. There were no cracks or fissures or blemishes; all the angles and divisions were neat, clean, and precise, thus regulating the temperature of the room perfectly. As Akarra perused the features of the cave, she felt contentment and peace, and her antennae glowed a pale greenish yellow in response. This was like a second home for her. She was the apprentice Shardshaper. One of the most respected members of the tribe.

Akarra watched Yridia move to the center of the pentagon floor and squat down in front of her. Yridai’s yenshi robe billowed out and she produced a crystal of transparent blue quartz in the shape of a perfect tetrahedron. Her Heartshard. A piece of the Heart Crystal itself, the source of the Shardshaper’s power.

Akarra could feel the Shard’s presence. 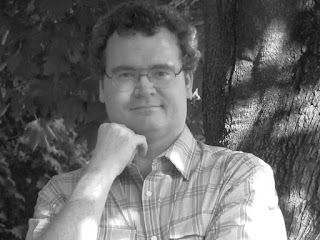 Matthew D. Ryan lives in northeastern New York on the shores of Lake Champlain. He has been deeply involved in the fantasy genre for most of his life as a reader, writer, and game designer. His writing has been featured at Aphelion.com and YesteryearFiction.com. He is the operator of the web-site matthewdryan.com which features his blog, “A Toast to Dragons,” (http://matthewdryan.com/a-toast-to-dragons-the-blog/) a blog dedicated to fantasy literature, and, to a lesser extent, sci-fi. He is the author of the dark fantasy novels “Drasmyr,” “The Children of Lubrochius,” and “The Sceptre of Morgulan,” as well as a growing number of fantasy short stories including: “Haladryn and the Minotaur,” “The River’s Eye,” and “Escape.” His latest work is the stand-alone novella “Prism,” a startling fantasy story of unique character.

THE BOOK IS FREE ON RELEASE DAY

Matthew will be awarding a $15 Amazon or B/N GC to a randomly drawn winner via rafflecopter during the tour. Use the link below to enter.

Thanks for hosting! The book is free on Smashwords: https://www.smashwords.com/books/view/693400

Thanks for hosting me today! I really appreciate it!

The people in “Prism” display their emotions openly as colored light in their antennae. What are the disadvantages to having your emotions displayed in colored lights?

Thanks for hosting me today. Good night.

The cover is very cool! Thanks for the giveaway.