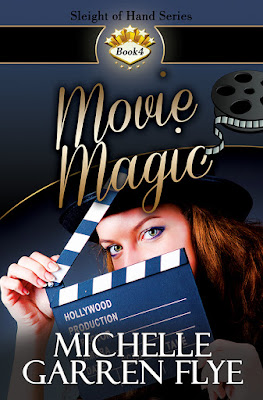 Sabrina Parker has spent her professional life creating unbelievable stunts and magical effects for movies and stage magicians. Now she needs some special magic to help her bring her movie to life. Her search leads her to the very unlikely stage of Walt Bryson, host of a long-running children’s television show in Beaufort, North Carolina.

Walt isn’t terribly happy about taking Hollywood’s call. He’s never sought the same notoriety as his colleagues Ian Logan and Andre Hawke. But there’s something about the beautiful, levelheaded Ms. Parker, and when he reads her screenplay, he knows he wants to work with her. For the first time in years, he’s willing to put tragedy behind him and make real magic.

Can Walt and Sabrina use love as their guide or will their past mistakes haunt their future?

“How long can you stay?”

He drew away and looked at her in amusement. “I’m here all night.”

“Just til day after tomorrow, why?”

He sat up on his elbows, looking down at her. “Why do I get the feeling that’s not the answer you wanted from me?”

She shook her head, trying—too late—to reassure him. “No, it’s just that Dylan has this actor who’s looking at a part in the movie. The male lead. And it’s kind of a big thing for the movie, and if you were there, you could see if he would even be able to learn the tricks. You know. For the movie. But it’s not—”

“What?” She looked at him incredulously.

“I can stay.” He brushed her hair back from her face with a gentle smoothing motion. “The show’s wrapped up, and I’ve got no plans for the rest of my life. What’s another couple of days?”

“Oh. Fantastic.” She relaxed into his arms. “That means there’ll be more time for this, then.”

“And that is the best news I’ve heard all day.”

My Review:
Movie Magic was a good read. The characters themselves were good people, yet they weren't unrealistic. I feel like I know people exactly like them. Their actions were positive and not destructive, but there was still conflict between them as they tried to sort everything out. The supporting characters were well done too. I was amused that Colette didn't like to be called Collie. I don't know anything at all about magic or movie making, but the story gave you just enough detail to create a realistic atmosphere without bogging you down in details that you really didn't need.

This is Book 4 in the Sleight of Hand series, but no worries. It easily reads as a stand alone novel. 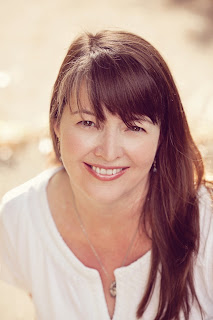 Michelle Garren Flye is an award-winning author of romance and women’s fiction. Reviewers have described her work as: “an engaging novel with charming and likable characters”, a story that “will make you believe in love and second chances”, and a “well-written and thought-provoking novel.”
Michelle placed third in the Hyperink Romance Writing Contest for her short story “Life After”. Her short stories have been published by the romance anthology Foreign Affairs, Opium.com, SmokelongQuarterly.com and Flashquake.com. She has served on the editorial staffs of Horror Library, Butcher Shop Quartet and Tattered Souls.
Michelle has a Bachelor’s degree in Journalism and Mass Communication from the University of North Carolina at Chapel Hill and a Master’s degree in Library and Information Science from the University of North Carolina at Greensboro. She is the mother of three and lives in North Carolina with her husband and their rapidly growing collection of pets.

Michelle Garren Flye will be awarding $50 Amazon or Barnes and Noble GC to a randomly drawn winner via rafflecopter during the tour.

Thank you so much for the thoughtful review!

thanks for the great excerpt !Congrats on the new release.

You're welcome Michelle and Victoria.

Congrats on the tour and thank you for the excerpt and giveaway.

Thanks on this great giveaway and the time you put out to post this blog.

Congrats on the tour - the book looks like a great read!

As my tour is over, I'm just stopping by one last time to thank everyone (hosts and visitors!) for reading and/or commenting! It's been great getting to know some new folks, and I hope to see you again. :)