In her debut novel, Lisa Dianne McInnes urges us to explore the meaning of loss, the evil side of human nature, and the infinite power of love and rising above it all.

Between the years 2012 and 2017, like a pile of dominos, Lisa Dianne McInnes watched her life collapse as one traumatic tragedy after another took away her loved ones, leaving her to learn just how quickly life can fall apart.

An extraordinary memoir full of depth, compassion, and unimaginable strength, The Majewski Curse is the harrowing true story of the separate yet intertwined tragedies of Brandon, Devon, and Derek Majewski's deaths and the multiple conspiracies surrounding their family's search for truth.

The anger and emotions ran high in our house at all times. However, the tension seemed to mount when the local townspeople began to fill Derek’s head with stories about the night of the accident, and speculation began to grow in his mind rapidly.

We started a memorial page for Brandon and called it R.I.P Brandon Majewski. It was an outlet for people’s grief where the community, friends, and family could post pictures and share stories. Soon, the heartwarming messages and shared memories came pouring in. However, we did not expect the unforeseen outrage the local community of Innisfil felt toward Sharlene and Jules Simon. In time, the locals began to share known facts about them, which surprised and further angered us.

Initially, only Richard’s parents became involved in the personal injury lawsuit at Oatley Vigmond, one of the top personal injury law firms in Canada. Richard suffered critical injuries in the crash and had to be airlifted to Toronto Hospital for treatment. At first, we saw no reason to be involved in the lawsuit, but that all started to change when progressively more people began coming The Maj ews k i Curs e 41 over to the house and calling to talk about what they knew about that night and the person driving the SUV.

Some said the facts now suggested Sharlene was possibly impaired at the time of the accident. However, her sobriety remains a mystery to this day as she was never tested for drugs or alcohol that night, even though she admitted to coming home from a bar and having a couple of drinks. Sharlene’s next-door neighbor also sent us an email saying Sharlene seemed happier than a lark and was going about her business as though nothing had happened since day one.

However, the final straw was when we were informed that the officer who came to see us at the hospital was at the scene of the accident and knew the Simons personally. He was the officer responsible for taking Sharlene away from the crime scene within thirty minutes after she had killed Brandon and injured Richard and Jake. It was then that we realized this was, without a doubt, a case of knowing the right people.

Part of the joys of living in a small town is that news travels fast, and there are always people who know things others don’t. However, this was upsetting news and fueled the fire of anger and resentment in our household even more. Almost immediately, Derek decided to join the lawsuit. Derek now desperately wanted his day in court since there seemed to be too many unanswered facts, and he would do anything to get it.

And so, it began. 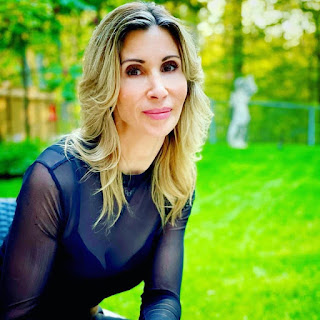 Lisa Dianne McInnes has always been fascinated with spirituality and the human experience. She prides herself on always being committed to the truth, even when it hurts, and believes in being reliable, trustworthy, honest, and loyal to those she loves.

However, in 2012, when tragedy struck and shattered her family, Lisa's beliefs were tested and she was forced to undergo a profound inner transformation. In doing so, she had to acknowledge the trauma of her past but chose only to remember the love her family shared. Her solid understanding and belief in the theory of mindfulness and living in the moment helped her rise from the ashes and move on with her life. She believes the past can be like a black hole: if you stand too close it will pull you in.

Today, small things like sunsets, staring out at the water, and kisses for no reason are the reasons she smiles. She believes it is the simple memories that define us, and the ones we hold close to our hearts. For Lisa, writing allows her to share her struggles and experiences with others, and by doing so she learns and grows both mentally and spiritually through the process. Therefore, with her work, she hopes to inspire her readers to join her on the journey to find inner peace and greater fulfillment in their lives.

Lisa completed her debut novel, The Majewski Curse, and is currently preparing to start writing her second non-fiction work. She currently resides in Northern Ontario with her spouse and their puppy Cooper.

PURCHASE LINKS for THE MAJEWSKI CURSE

Lisa Dianne McInnes will be awarding a $15 Amazon or B/N GC to a randomly drawn winner via rafflecopter during the tour.

Thanks for highlighting my book here today, feel free to ask any questions :}