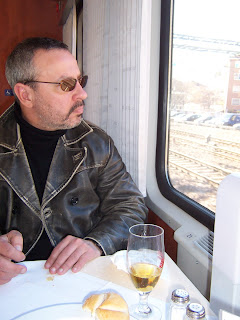 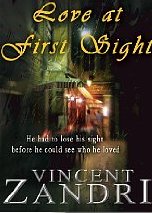 Vincent Zandri’s new story is about the devastating effects of war on people on both sides of a conflict.  Zandri’s hero Nick is an American soldier who has been stricken with what his doctors think is hysterical blindness brought on by things he had to do as a soldier.  When all their treatments prove ineffective, the army sends for his fiancée Margo.
The scenes between Margo and Nick are excruciating and charged with emotion.  They reveal the stress and strain the characters are under and graphically illustrate the changes in their relationship brought about by Nick’s blindness.  I especially liked Margo whose reactions seemed very real and genuine to me.  I also thought the pacing was good.  The story built inexorably toward the conclusion which said a lot about Nick and Margo’s future.
The book doesn’t have any spelling or grammar errors to distract from the story, and all of the details seemed authentic to me.
There’s nothing new in Zandri’s premise, but I loved his rendering of the topic.  Nick is a man with a conscience who in punishing himself is also punishing Margo, truly showing the extent of war’s reach and the mountains the two must climb to reach a happy ending.
If you've read Zandri before, be aware that this is not his usual style of writing.    No crime fiction, but a good read anyway.
Posted by Elaine Cantrell at 12:00 AM

I'm not sure what happened but I could not locate your review every time I tried to get on your blog then blogger would go bonkers. So sorry. But thank you so much for your time and talent with words.