Beyond the Book returns next week.  I was on vacation and didn't get it ready.  Today, just enjoy reading about Genie Garbriel and her work. 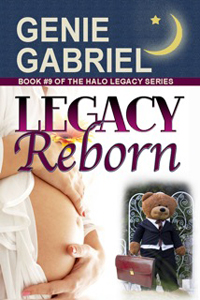 An attorney devoted to social causes and a burned out women's advocate help save their home town while struggling not to fall in love. However, an unintended pregnancy and a gift from the heart lead them on a journey to new possibilities and love.

As CJ stepped onto the floor to dance with his sister, Phoenix couldn't tear her gaze away from his leanly muscled frame in a white tuxedo. His longish hair brushed his shoulders, bringing to mind a gentleman of the Old West, fitting perfectly with the mood of this celebration.

She started out playing it cool, thinking CJ would immediately ask her to dance. However, when yet another dance started and he passed her by with no more than a wink, she began to feel a bit perturbed.

I'm a wallflower. Standing by a beautifully inlaid wood wall of the ballroom in Waring House, but a wallflower nonetheless.

Had she grown warts on her nose since the waltzing started? Missed a piece of salad between her teeth from dinner? Had her deodorant given out?

Discreetly, Phoenix checked out the possible offenses. She took a quick glance in one of the gilded mirrors placed strategically around the room to reflect the twirling dancers. Stretched her arms upward with quick sniff to the side.

"What are you doing?" CJ stood in front of her, curiosity in his eyes.

"Ah...practicing my dance moves," Phoenix said. "I used to be a disco queen."

CJ lifted an eyebrow. "Unless my math is really bad, you're too young to be a disco queen. But would you like to waltz?"

Phoenix almost refused just to be contrary. But she so wanted CJ to hold her in his arms. So with what she hoped was casual indifference, she said, "I believe I have room on my dance card for perhaps one waltz."

CJ grinned and twirled Phoenix onto the dance floor. After a few basic box steps, he turned and swept her into a graceful swirl. Phoenix followed as if drawn by a magnet.

Staring into her eyes, he back-stepped and turned. She followed flawlessly. Another turn and a swoop. A swirl and another. A backstep and CJ twirled Phoenix away from him and under his arm. Swirls and dips round and round left her breathless. Wanting more than a dance. Wanting... 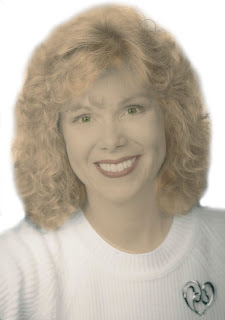 AUTHOR Bio and Links:
I'm an optimist whose rose-colored glasses have bent frames and cracked lenses. When life kicks me in the teeth, I find miracles and lessons I refused to learn an easier way. In fact, I live with a small herd of miracles in the furry forms of dogs, who are constantly trying to teach me to forgive, to play more, and to love without limits. I write about people who find courage and integrity in the darkest times of their lives, who rescue stray dogs and kittens, who find a person they would willingly give their lives for, and who make their little corners of the world a better place. People have remarked my stories "aren't what they expected." With rose-colored glasses firmly in place, I take that as a compliment. I invite you to share a piece of my world in the pages of a book, and hope you find some surprises, some tears, some laughter, and always a happy ending.
My Web site: http://www.GenieGabriel.com
My blog: http://oshealegacyseries.blogspot.com
NOTE: All nine books in the Halo Legacy Series will be $0.99 the day of the tour!
http://shop.roguephoenixpress.ieasysite.com/category.aspx?categoryid=82

Genie is giving away nine $9 gift certificates so follow her tour and comment often. You can find her schedule at http://goddessfishpromotions.blogspot.com/2013/06/super-book-blast-legacy-reborn-9-in.html

Many thanks to Elaine for hosting me today and helping make my Book Blast special! I'll be back throughout the day to chat with everyone. :)

Thanks for sharing! I love getting a glimpse into the book with each different excerpt!

Andra and "Ingeborg," I so much appreciate your support!

Thanks, bn! Glad you stopped by!

HOW LONG DOES IT TAKE to visit fifty blog sites, say hello and respond to comments? A looooong time!

I thoroughly enjoyed my Super Book Blast on July 9 organized by Goddess Fish. They are great to work with! I also very much appreciate all the blog hosts and everyone who stopped by and commented.

The winners of the gift cards have been selected and e-mails sent. I'm still waiting to hear back from a couple commenters and the blog host winner, but I will announce the commenters who have responded. They are: Shannon R., Grampy, jannashay, Rita W., MomJane, and bn100.

CONGRATULATIONS to all and many, many thanks to all the hosts, the commenters and everyone else who helped my Super Book Blast a very special day!