Beyond the Book: Rest Thy Head 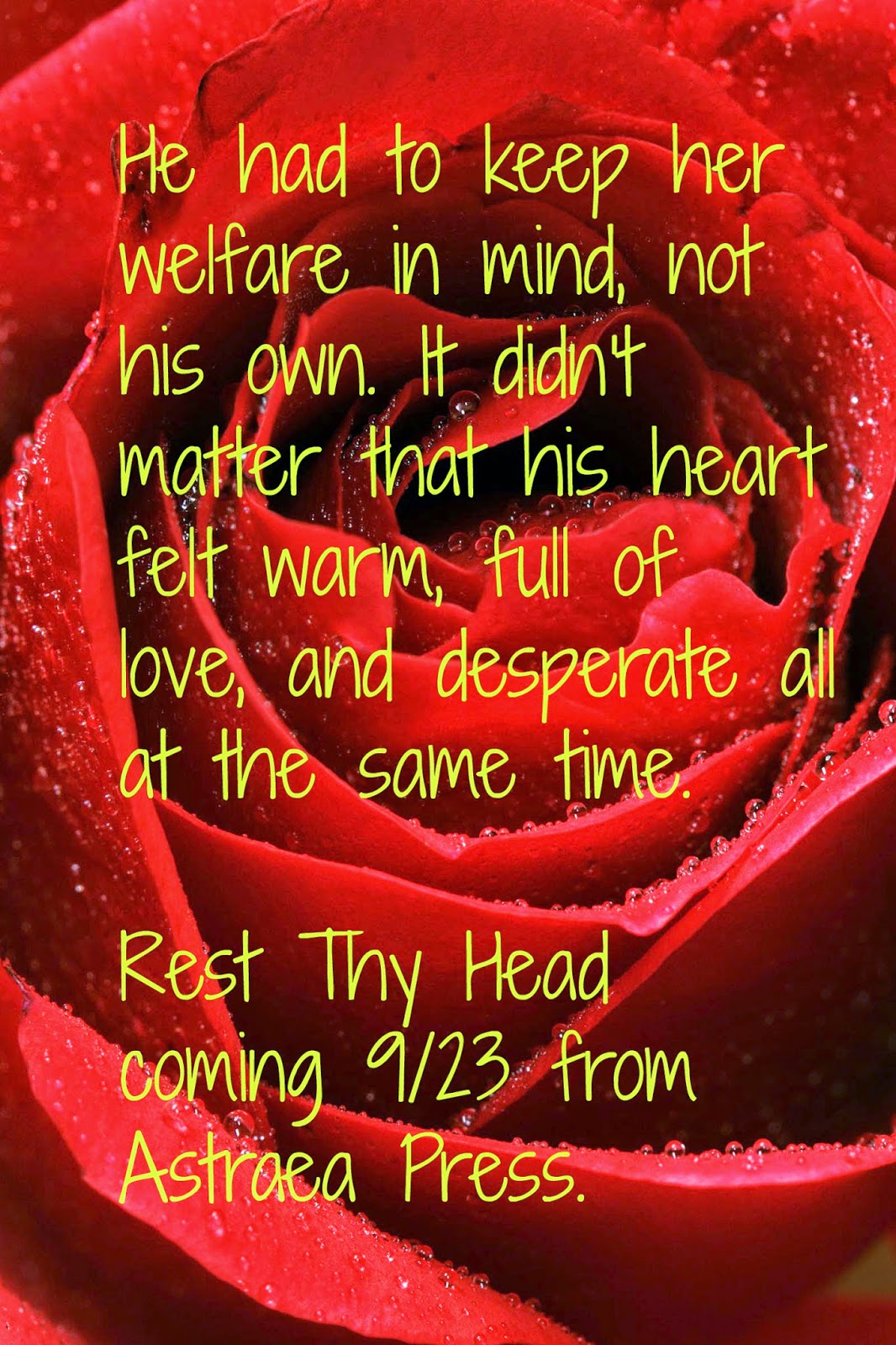 Hello, readers, I'd like to introduce my latest hero to you. His name is Jake Douglas, and he and his brother Patrick currently operate a gorgeous Wyoming inn called Rest Thy Head. Don't freak, but most people say it's haunted.

Jake wasn't always an innkeeper. Until a few years ago he was a marine, but during his last tour of duty in Afghanistan, insurgents threw gas on him and set him on fire. He was severely burned on the left side.

After his rehab and plastic surgeries were finished, he went back home to Wyoming intending to marry his fiancee, Carolyn. She took a look at him and broke the engagement. Two weeks later she had another man's ring on her finger. Jake took it pretty bad and became a semi-hermit at Rest Thy Head.

And then Peyton O'Malley showed up.

Rest Thy Head is coming September 23 from Astraea Press.
Posted by Elaine Cantrell at 12:00 AM