Andromeda Reynolds is being hunted... Andromeda Reynolds is being hunted. After witnessing her mother's violent death at the hands of a pack of wolf shifters, Andie has devoted her life to protecting her community of cougar shifters from a similar fate. But now, a greater threat lies within her own pack, and she must run. If she stays, Kyle Carstairs will force their mating, seeking the added political power their union would provide.

Andie would rather chew off her own foot than end up with Kyle. Though, knowing him, she won't live long either way. Andie's only hope of survival is to mate Jaxon Keller, the Alpha of the Keller Dare with which she is seeking asylum. But before she can get to him, Andie must first go through A.J., one of the Alpha's Protectors. What Andie doesn't realize is that A.J. has secrets of his own. All Andie knows is that the incredibly frustrating shifter insists on challenging her story, her skills, her trust…and her heart. 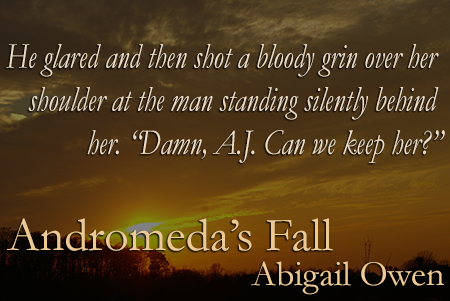 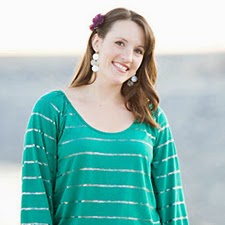 Award-winning author, Abigail Owen was born in Greeley, Colorado and raised in Austin, Texas. She now resides in Northern California with her husband and two adorable children who are the center of her universe.

Abigail grew up consuming books and exploring the world through her writing. A fourth generation graduate of Texas A&M University, she attempted to find a practical career related to her favorite pastime by obtaining a degree in English Rhetoric/Technical Writing. However, she swiftly discovered that writing without imagination is not nearly as fun as writing with it. 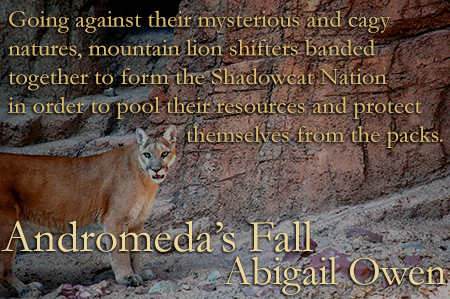 Amazon eBook: http://www.amazon.com/dp/B00PM6T2YW
Posted by Elaine Cantrell at 4:00 AM

Thanks for hosting me Elaine!