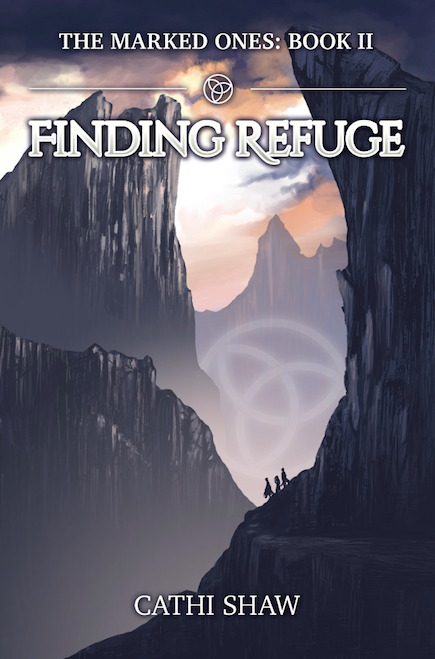 After successfully escaping Séreméla, Thia, Kiara and Mina agree to meet in the newly created safe haven of The Refuge. As a precaution they take different paths to their destination, only to find that those paths force them even farther away from one another. As one pitfalls and dangers after another emerges, they are once again left to wonder if there is anyone they can trust and if they will ever uncover the secrets of the Prophecy.

Kiara’s lungs burned as she ran through the dusty landscape, her arms aching with the weight of the small child she clutched to her chest.

“Shhhh,” Kiara hissed as the child whimpered, the noise carrying over the rocky terrain. She glanced over her shoulder, looking for signs of pursuit. In the distance she could just barely make out the black blur that indicated a Hunter was there. One at least. She kept running. There was no time to see if there were more.

Suddenly the girl in her arms twisted and wriggled violently. Kiara clutched her closer but lost her footing and they both fell hard at the top of the steep incline. The child began to scream and before Kiara could do anything she heard the sibilant voice of the Hunter.

“Give me the child.”

Kiara pushed herself to sitting, tucking the now silent girl behind her. “No,” she said firmly, forcing herself to make eye contact with the vile creature in front of her.

The Hunter’s hood was pulled low but she could still see the eerie glow from its red eyes. She knew that beneath the dark robes lay a creature with skin as translucent as glass, its blue veins clearly visible. The idyll thought that sun would not be kind to such skin floated through her mind.

“Fine,” the creature almost shrugged, “I will take you first.”

It advanced toward Kiara. She reached for her sword before remembering that she’d left it at the camp. A broadsword, even one crafted in Séreméla, was far too heavy to carry on a rescue mission. She reached for the dagger in her boot but it was too late. The Hunter moved with a speed that would have been shocking if Kiara hadn’t seen it before. As its gloved hand closed around her throat, Kiara forced herself to look into its eyes, where she saw all hope for the Marked Ones being devoured.

Spots clouded her vision and Kiara felt a searing heat radiating from where the Hunter grasped her throat. She watched as the blackness reflected in the red eyes turned to pure white energy. As darkness began closing in on the edges of her vision, she could see the Hunter’s eyes, feasting on whatever it saw in her own eyes.

“You never had a chance at saving them. You should have saved yourself,” it hissed softly as the blackness began to overtake her. 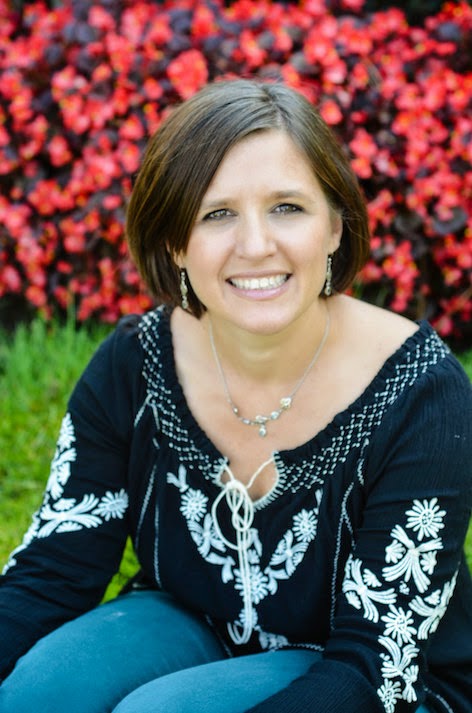 Cathi Shaw lives in Summerland, BC with her husband and three children.  She is often found wandering around her home, muttering in a seemingly incoherent manner, particularly when her characters have embarked on new adventure. In addition to writing fiction, she has taught rhetoric and professional writing Okanagan College, The University of British Columbia and Simon Fraser University. Cathi is the co-author of the textbook Writing Today. Finding Refuge is the second book in her Marked Ones series. You can read more about Cathi on her website (http://cathishaw.com). You can also find her on Twitter (@cathishaw) and Facebook (https://www.facebook.com/TheMarkedOnesSeries).

Cathi will be awarding $50 Amazon or B/N GC to a randomly drawn winner via rafflecopter during the tour. Use the rafflecopter link below to enter. You can find her schedule at
http://goddessfishpromotions.blogspot.com/2014/11/blurb-blitz-tour-finding-refuge-book-2.html

Thanks so much for having me, Elaine!

Glad you liked it, Trix!

I could hardly catch my breath as I read this excerpt. Please tell me she is okay.

The Hunter raises many questions in my mind from the one tiny snippet.

Thanks for your comments, everyone! :)

I like the Blurb and Excerpt about the book.