In Deep and In Deeper
by Kella McKinnon 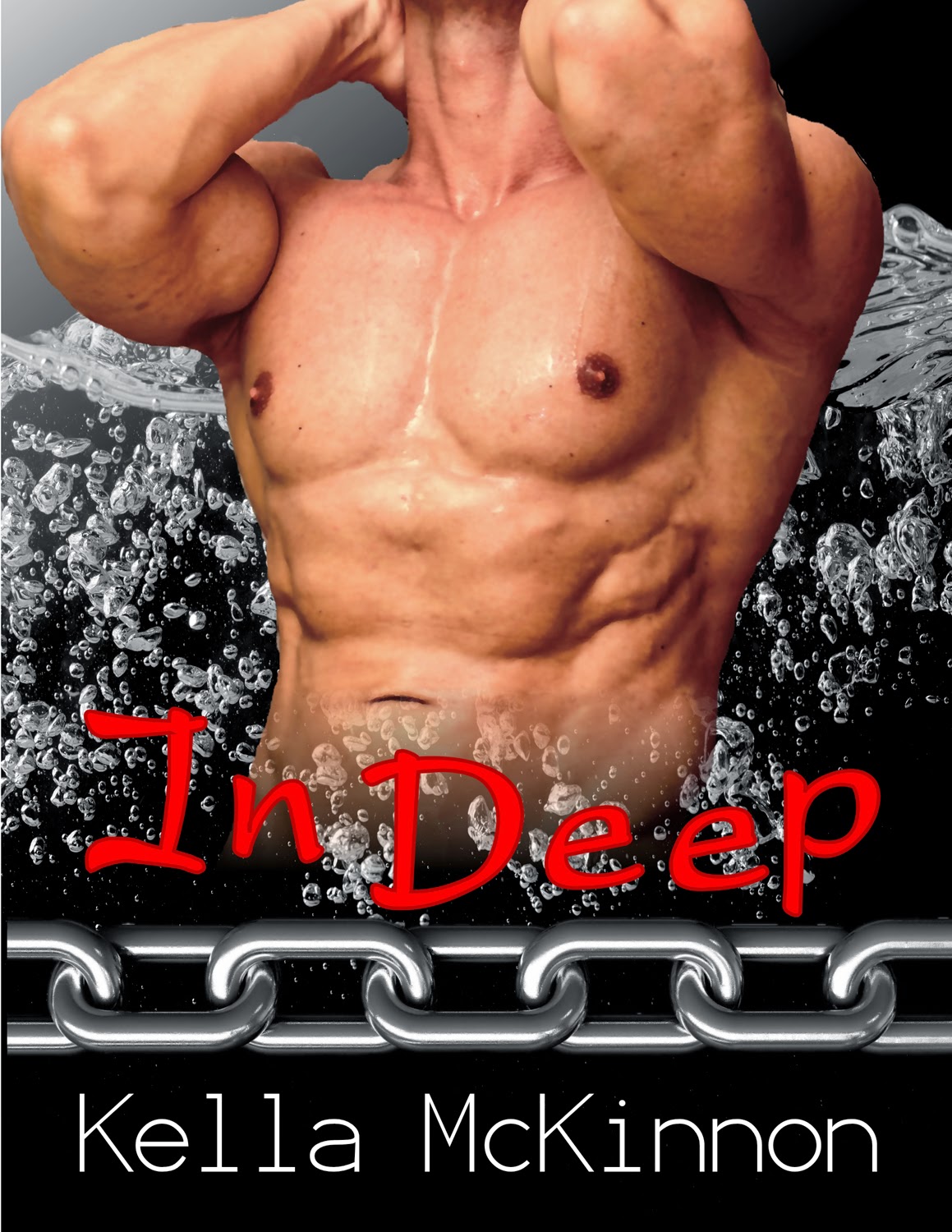 “I never thought it would go this far… that a man with such terrible secrets would steal my heart and make me want him so much, when his life of danger and lies should have made me want nothing more than to turn and run. I understood him, you see. I knew that beneath all of that money and power, and yes… violence, was a man in desperate need of love. So desperate that he took from me something I wasn’t ready to give: my future.”

Brielle Dalton thought the few months in Vegas she needed to finish her dissertation would also be a chance to have some fun before ‘real life’ took over. But she never counted on meeting Cristos Vicario, the irresistible but troubled owner of the Adagio casino. The attraction was instant and all-consuming, but in the beginning neither knew that their lives had crossed before, and the result had been nothing short of tragedy. By the time Brielle discovers who Cristos really is, and what he has done in a reckless attempt to keep her, it’s too late. She’s already in too deep. 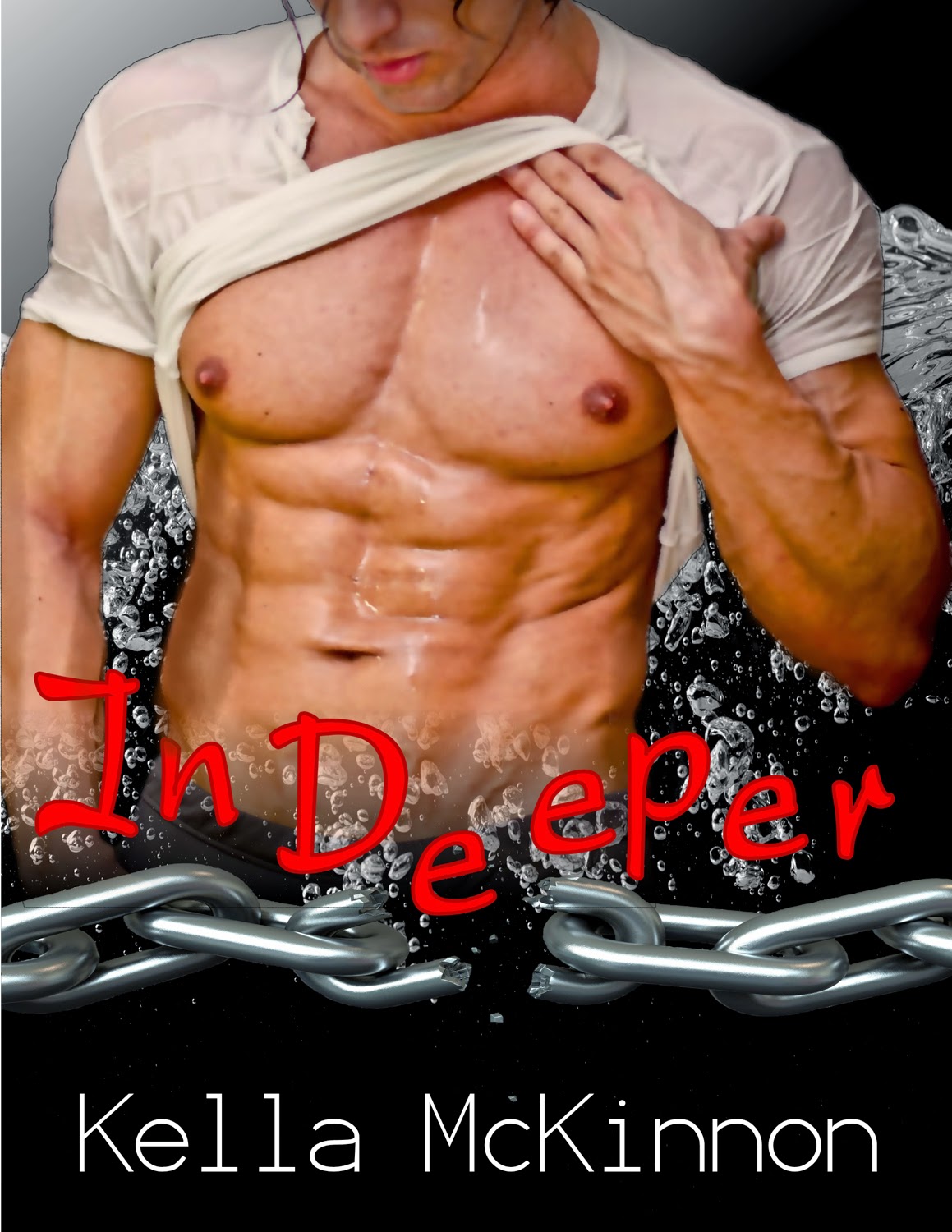 Tell us about your latest release.

“In Deep” is my first completely contemporary, and it’s written as two full-length novels.  I finished both part one and part two before releasing them at the same time, because I hate it as much as anyone else when you get to the end of a book only to discover that there’s a cliff hanger, and the next book won’t be out for six months.  I didn’t want to do that to my readers!

Do you write about what turns you on?

Sometimes, but I also try to write about more than just what turns me on, because it’s different for everyone.  I do think it’s much easier to write about what turns you on personally.  It’s hard for me to imagine some of the things I’ve read about in the romance genre over the years being a turn on for anyone, but I suppose it’s also sometimes about the shock value.

What is your favorite quote and why?

My favorite quote when something is going terribly wrong is “This too shall pass.”  And it always does eventually.

What is your favorite ice cream flavor?

Strawberry cheesecake, although last summer I had key lime pie ice cream in Ipswich Massachusetts, and it was to die for.

Doesn’t every woman secretly want to be a goddess?  Certainly not a Harpie or Medusa.  And those Nymphs have a really bad reputation.

What are four things you can’t live without?

Besides my family?  Coffee, books, time outdoors, and a few close friends.  (not necessarily in that order)

I really like Game of Thrones, and I’m also enjoying the Outlander series based on Diana Gabaldon’s books.

I turned to Cristos and offered him a casual smile.  He was watching me, his expression unreadable at the moment, which bothered me.  I’m usually very good at reading people.  It’s second nature to me, so much so that I often don’t even know how I do it, so I felt a little bit blind when it came to this man.  And of course when people are very hard to read, they usually have something to hide.  His stoic silence was making me squirm, so I made an attempt at conversation.
“Thank you… for taking me to dinner.  Where are we going?”
His expression relaxed into a devilish smile.  “My pleasure, Brielle.  And it’s a surprise.”
He shifted his body a little so that the length of his thigh was pressing against mine.  A jolt of heat raced through me at the contact, but when I looked up again, he was gazing past me and out the window, so I couldn’t tell if he’d done it on purpose.  I had the sudden, disconcerting urge to crawl into his lap and rub up against him.  Just thinking about it was making my heart beat faster.
“We’re almost there”, he said.
“Already?”
He laughed.  “Vegas is a small city.  Were you hoping the ride would last longer?”  He pressed just a little bit closer, and I tried to scoot a bit farther away so that I didn’t suddenly lose my mind and actually crawl onto his lap.  The way my body was reacting to him, it was a distinct possibility, and I needed to be careful or I was going to end up looking like either a slut or an idiot, neither of which was flattering.
His hand came down gently on my thigh and my breath hitched in my throat.  “Are you sure you’re not afraid of me, Cariño?”
He was looking at me with those sexy eyes again, and I felt like I could fly.  “No.  I’m not afraid of you,” I said with a little laugh.
“Good.  If it’s not fear I’m sensing from you, then it must be desire.”  His voice was deep and just a little husky.  He was so near, so real, so hedonistically male.
I could only stare at him for a long moment, during which Dante opened the partition to announce our arrival, breaking the spell I had apparently fallen under.  Be careful, Brie, or you’ll end up hitching a ride home with his personal assistant later.
The car pulled to a stop at the curb, and Dante came around to open the door for us.  Criss got out and then reached for my hand.  I slipped mine into his and that same thrill went through me at the contact.  His grip tightened.  I stepped out onto the curb, and was shocked to see several people with cameras raised in our direction.  Dante stepped protectively between us and the crowd, and Criss took my arm.
“Ignore them, Brie.  Just keep walking.”
I did, and within moments we were inside a posh looking restaurant, and being shown to our table as Dante disappeared toward the car.
Once we were comfortably seated at an intimate corner table, I leaned closer.
“Does that happen all the time?  The photographers?”
He shrugged as he opened the wine list and perused the pages.  “Sometimes.  Other times I manage not to be noticed.  It just goes with the territory.”
“Oh…”
His eyes flicked up to mine.  “Don’t worry, Dante will keep them from bothering us during dinner.”
He signaled the waiter, who hurried over to our table.  “A bottle of your best red, please.  And ask the chef to prepare something special for us tonight.”
The waiter’s eyes practically sparkled as he gave a little bow and headed for the kitchen. No doubt he was anticipating a rather large tip.

Criss turned his full attention to me, leaning his elbows on the table and casually running one finger over his full bottom lip.  “Alexis tells me you’re a student in anthropology.”

His eyes, god… they burned right through me.  I had to clear my throat a little.  “Yes, I’m just finishing up my Ph.D., which of course is why I’m here in Vegas.”

“Why anthropology?  It’s kind of unusual, isn’t it?”

I smiled, my love for the subject undoubtedly shining through.  “It just comes naturally to me, I suppose.  I’ve always loved to study people, figure them out, their motives and interactions.  I sort of have a knack for understanding all that on a really basic level that most people never see.  It’s fascinating to me, always has been.”

He leaned closer and gave me a dark smile, his lips curving up dangerously.  “And are you going to figure me out, Brielle?”

“I don’t know”, I said quite honestly.  It was already obvious to me that the man ran pretty deep, and I had a very hard time reading him.  The one thing I did know for sure is that if I let him have the upper hand with me, this spark we seemed to have would go nowhere.  If I fell into the mold he made for me, I was certain he would use me up and then walk away.  He would probably do that anyway. That must be the way he had always managed to avoid relationships, because women tried so hard to become what he wanted them to be. 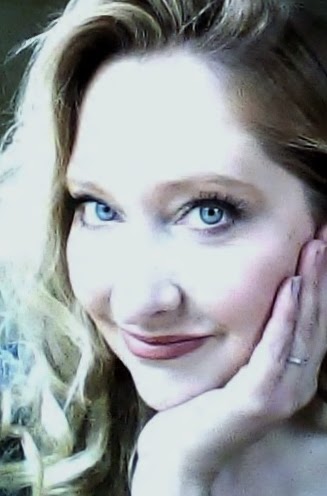 AUTHOR Bio and Links:
Hello everyone!  Let me introduce myself.  Though I used to work in Boston in the biotech industry, I’m now loving life on a small farm in New England where my husband and I are raising our three children and lots of animals.  Between taking care of chickens and goats and shuttling the kids to dance class and piano lessons, I find the time to pursue my own interest: writing.  I relish creating stories and bringing my characters to life on the written page, and each book is a labor of love.

I’m passionate about the romance genre because of the emotional journey a well-written novel can take the reader on, and my goal with each of my books is to do the same for my readers.  I would love to hear from you at kellamckinnon.com, or kellamckinnon@gmail.com.

• One randomly chosen winner via rafflecopter will win a $50 Amazon/BN.com gift card. Use the rafflecopter link below to enter. You can find her tour schedule at http://goddessfishpromotions.blogspot.com/2014/11/vbt-in-deep-and-in-deeper-by-kella.html

Thank you for hosting! So excited to kick off the tour for 'In Deep'...
Kella

I liked the interview

Enjoyed the interview, thank you!