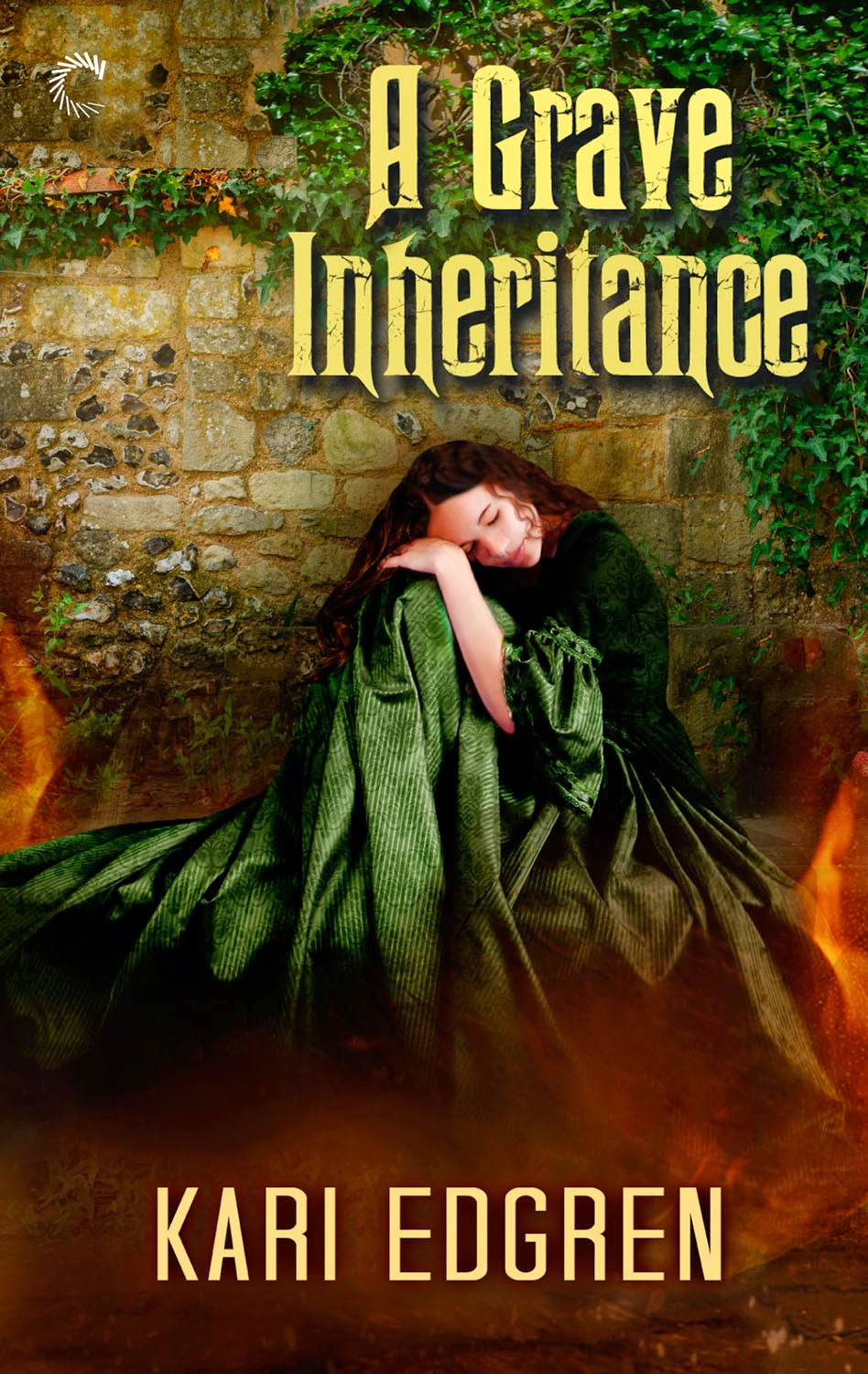 A Grave Inheritance
by Kari Edgren

Selah Kilbrid may descend from the goddess Brigid, but her heart beats—and breaks—the same as any human. Yet enduring the scorn of London's most noble lords and ladies is a small price to pay for a chance at true happiness. Selah would endure much more for love, and her betrothed, Lord Henry Fitzalan, is prepared to challenge anyone foolish enough to stand in their way—even another goddess born.
But when a captivating young gentleman draws Selah into a world shadowed by secrets, she is forced to confront her darkest fears. What if some differences are too great to overcome and a future with Henry is doomed from the start?
With these doubts threatening her impending marriage, a violent attack on an innocent child pushes Selah to the very edge of her power. She must find a way to cross into the Otherworld and regain her strength—or forfeit the streets of London to death and disease.

“It only takes a seed. With Brigid’s power, I can grow anything to maturity.” Julian pulled the stem and held the strawberry to my mouth. “Taste it, I promise you’ll not be disappointed.”

Biting down, the berry released the sweetest, most intense juice I had ever known. “It’s delicious,” I said, breathless. The berry disappeared in another bite and I was left wishing for more.

Julian allowed his finger to linger, lightly tracing a line along the curve of my lower lip. “You see, Selah, our gifts may vary, but we are the same.” His voice had grown lower as his hand slipped down my neck to rest on the bare skin. “We are meant to be together.”

With the sweetness of strawberry still on my tongue, Julian leaned closer and touched his lips to mine. Surprised by his actions, I didn’t resist, didn’t even think to pull away.

“I would treat you like the goddess you are,” Julian murmured, pulling me closer to fully claim my mouth.

My thoughts became a blur. Julian was kissing me not like a brother, or even a dear friend. He was kissing my like a lover and from what I could tell, I was kissing him back. It took a moment for my senses to catch up. I love Henry…not Julian.

“Henry doesn’t deserve you.” He leaned forward to kiss me again.

My hands shot up and pushed against his chest. “Don’t, Julian, this isn’t right. I love Henry.”

“But he is not leath’dhia. You were never meant to be together.” Julian closed his hands around mine and held them tightly against him. “Give me time, Selah. You will learn to love me even more than you could ever love Lord Fitzalan.”

Kari Edgren is the author of the Goddess Born series. In 2010 and 2011 she was a semifinalist for the Amazon Break Through Novel Award. In 2013, she was a RWA Golden Heart finalist. Ms. Edgren enjoys writing both historical and contemporary fiction, so long as there’s a spark of paranormal. She resides on a mountain top in the Pacific Northwest where she spends a great deal of time dreaming about the sun and torturing her husband and children with strange food and random historical facts.

Kari Edgren will be awarding a $25 Amazon or Barnes and Noble gift card. Use the rafflecopter below to enter. You can find her tour schedule at http://goddessfishpromotions.blogspot.com/2014/11/blurb-blitz-grave-inheritance-by-kari.html

The excerpt was awesome!!

Thank you for hosting A Grave Inheritance!

I liked reading the book excerpt, Thank you!

I enjoyed the excerpt. Sounds like an interesting read. Thanks for sharing and for the giveaway!

I enjoyed reading the excerpt!