A Taste of Merlot 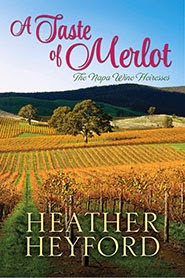 A Taste of Merlot
by Heather Heyford

Raise your glass and join Heather Heyford as she pours a second serving in her series following these headstrong wine heiresses in their quest to strike out on their own…
Merlot St. Pierre is struggling to break free from her family name. Her college classmates whisper behind her back that her passion for jewelry design is little more than a hobby, since she’ll always have her father’s fortune. But Meri is determined to prove them wrong, and with the help of a handsome jewelry buyer, she just may taste her first sip of success—as long as she can hide who she really is…

Mark Newman’s family owns a chain of high-end jewelry stores, and he’s working hard to get out from under his aunt’s thumb and prove he has a good eye and a head for business. He’s certain Meri’s designs could be the next big thing, but he’ll have to convince her that she can use her famous last name to her advantage. As their business partnership takes root, an attraction begins to flourish—but they’ll both find that love, like wine, takes time to perfect…

Mark scrutinized Merlot hard. Those ratty jeans and that bright floral halter top were right out of the seventies. Only a model-shaped body like that could make it work. Mark wondered where the tats were. Because there would be tats. It was a given.
Unbuckling the Philippe in a move that had become routine since the annulment, he lifted his hips to access his front pocket, all the time keeping his eye on her as she walked around to the truck’s jump seat. There she pulled out a red plastic tackle box and a small artist’s portfolio.
He let her get a head start and then followed her into the restaurant, watching the sway of her narrow hips. Just inside the entrance, he held back while she lifted the flap of the portfolio and pulled out a folder, laying it on the Formica tabletop.
Annnnnnd—go.
“Meri?”
Round eyes that glittered like polished green glass in a perfectly oval face looked up into his. She was clearly nervous.
Then she smiled.
And gorgeous.
Oh, no. Oh, shit. Criminally talented and a babe. He was nowhere near ready for that. He’d vowed to steer clear of pretty women—relationships, anyway—for one solid year, to focus on the business. He still had four months to go.
Worse, he could tell from the truck and her clothes that she wasn’t high on the income ladder, either. And he was definitely not getting taken by another bloodsucker, no matter how beautiful.
“I’m Mark.”
With her right hand she reached out to meet his, while her left bumped her folder. It slid to the edge of the table, transparent sheets of vellum slipping out, drifting about his feet like pale leaves onto the crumby linoleum.
“Oops!” She immediately lowered herself to the floor to retrieve them. Mark bent to help her. Their heads were inches apart as they squatted, reaching in all directions for what were clearly painstakingly drawn renderings. He took advantage of their close proximity to watch her as her eyes dipped to the floor, thick tawny lashes brushing lightly freckled cheekbones. When she blew some dirt off one of her designs, he caught a faint whiff of peppermint.
They rose as one and she reorganized the papers, her stack of bracelets tinkling with her movements.
Without thinking, he reached for her wrist and raised it to inspect the layers of silver, rose and yellow gold running halfway up to her elbow. She stood rooted to the spot, allowing him to turn her pliant limb over, exposing the paler, inner epidermis and the faint blue veins traveling up through skeins of precious metals. When he found the one he was seeking he ran a finger across its clasp.
“Beautiful,” he breathed, barely glancing at the bracelet.
“Is this what you’ve been looking for?”
His eyes moved from her wrist up her arm and her swanlike neck to her heart-wrenchingly naive expression. No way could he ever take advantage of that face, even if he were the type of cutthroat buyer who operated that way.
“This is it.” At long last, his finger was on the Purchase Prize—his quest for the past three months—only to discover that the jewelry was eclipsed by its maker.
“I made all of these too.” She slipped three or four off. “Here’s how you can tell. See? I burnish set one-point-five-millimeter, diamond-cut peridots on the inside of every piece.”
There was a belief system that held that all gemstones had unique qualities that were transferred to the wearer. But for them to work their magic, the stones had to be touching the skin, where they were hidden from public view. A secret indulgence, known only to the wearer.
“Why peridot—other than the fact that they match your eyes?”
She lowered her lids briefly, giving him another glance at her sweep of lashes. When she looked up again, her expanded pupils all but obscured her irises and her cheeks glowed a soft, contrasting cherry.
“Peridot clears the heart. Helps connect us to our destinies and to an understanding of the purpose of existence. It’s also said to attract love.”
Their eyes locked together, he gently lowered her arm. They were still standing in the aisle next to their booth. The other diners were beginning to stare.
Mark tilted his head toward hers and whispered, “I think we’re causing a ruckus.” He motioned toward her side of the table, and they slid into the vinyl booth, facing each other.
They each picked up a greasy, plastic-coated menu. “How did you find out about my work?” Meri asked.
From staring at the bracelet photo for the last three months, he already knew Meri Peterson, in an abstract way. He had to keep reminding himself that prior to yesterday, he hadn’t existed for her.
“I went to your college’s student show last spring.”
While the waitress got them coffee, he went through the chain of events leading up to his phone call—leaving out the part about the witchy woman down the hall at the co-op.
“So, you originally from the city, or here in Vallejo?” Casual as he tried to appear on the outside, inside he was dying to know everything about her, from the size of those sexy jeans she wore to the brand of that minty toothpaste on her breath.
It was a simple, run-of-the-mill question. So why’d she seem caught off-guard? Her arms went straight as she clutched the sides of her vinyl seat.
“Um, I went to high school back east. Now I live a little north of here.”
The woman was a basket of nerves. Talented as she was, she obviously didn’t have any experience with selling her work. He had to think of a way to make her relax. 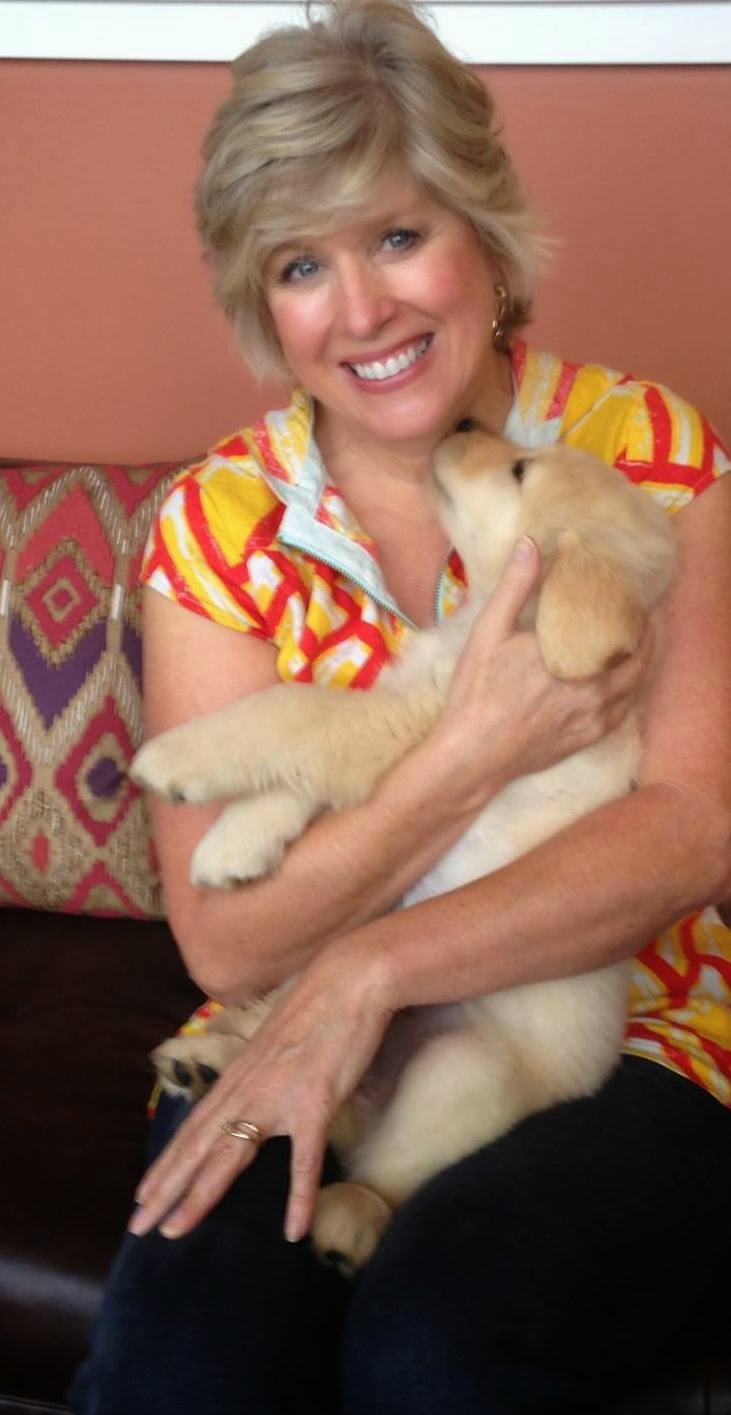 Born in the Northeast, Heather Heyford learned to walk and talk in Texas, and then moved to England. (“Ya’ll want some scones?”) While in Europe, Heather was forced by her cruel parents to spend Saturdays in the leopard vinyl back seat of their Peugeot, motoring from one medieval pile to the next for the lame purpose of ‘learning something.’ What she soon learned was how to allay the boredom by stashing a Cosmo under the seat. Now a recovering teacher, Heather writes love stories, feeds hardboiled eggs to suburban foxes, and makes art in the Mid-Atlantic. See more at HeatherHeyford.com, or visit me on facebook, twitter, pinterest, and instagram.

Heather Heyford will be awarding one e-book copy of A Taste of Merlot to a randomly drawn winner via rafflecopter during the tour. Use the link below to enter. You can find her schedule at http://goddessfishpromotions.blogspot.com/2014/11/book-blast-taste-of-merlot.html

Good morning and happy new year! Thanks so much for featuring A Taste of Merlot. Resolutions, anyone?