Disguised With the Millionaire 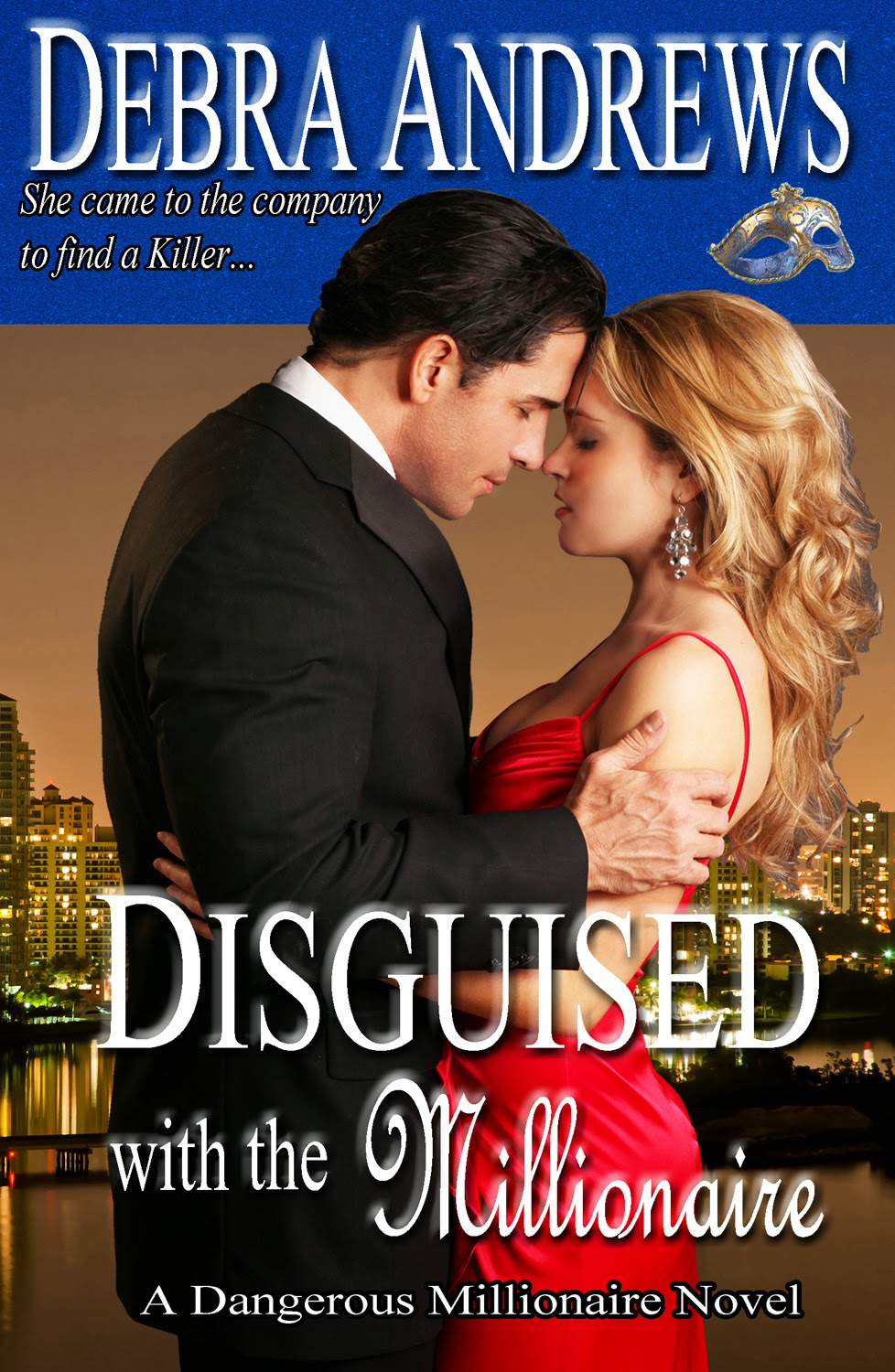 Disguised with the Millionaire
by Debra Andrews

She came to the company to find a Killer

Kate Meyers finds herself grief stricken after the news of her brother’s death at a construction site owned by the wealthy Trent Farrington. After speculation of faulty equipment and wrongdoing, the police eventually clear his company. Kate takes it upon herself to find whoever was the hand behind her brother’s demise and lands a job with the Florida Corporation to do her own investigation. When she meets Trent, Kate instantly dislikes and distrusts the strikingly handsome millionaire and thinks he's involved. She can’t wait to get evidence against him. Her greatest pleasure would be to see him pay for what he’s done—behind bars.

Trent Farrington finds himself intrigued by the company’s newest employee, but previous bad experiences with women have taught him to be cautious. However, he is drawn to the alluring beauty, but he’s puzzled that she seems to hate him for some unknown reason. He’s used to women throwing themselves at him, and her attitude shocks him and is refreshing all at the same time.

While Kate searches for the evidence to implicate Trent, she has to work closely with him.  However, the information she uncovers isn’t exactly adding up against him. She dislikes how her traitorous body reacts whenever he is near, although he appears to enjoy her reaction immensely. She vows to leave the company as soon as she collects the evidence, but she soon learns nothing is as it seemed… Whoever is involved might be an outright killer!

The cool tempered woman Trent had met earlier in the lobby walked into the office, wearing her frumpy suit, glasses, and her golden hair in that tight bun––like something his older secretary would wear.

Was the haughty plain Jane hired to help him work out what his grandfather thought were his personal problems? The only real problem he had was an old man trying to run his life.

His grandfather rose from his desk. “Dr. Meyers, this is my grandson, Trent Farrington.”

Looking down his nose, Trent studied her, then he rechecked her application. He frowned. Thirty-four years old? She didn’t look a day over twenty-four. What he could see of her skin looked as fresh as a newly bloomed rose.

“It’s nice to meet you, Mr. Farrington,” she said in a cool voice.

Trent gave her a lazy nod and watched closely. His name hadn’t produced the dollar sign effect he was used to, instead, she gave him a disdainful look.

It was hard to be certain with those thick glasses. However, she had gray eyes—like the morning mist—and clearly, contempt for him now flashed in those eyes. Why?

At his intent perusal, her full lips compressed into a grim line.

He’d been right for she couldn’t be any less intrigued by him. He almost laughed out loud. His grandfather’s latest ploy to throw another potential bride at him had backfired. You hired the wrong one this time, Grandpa. 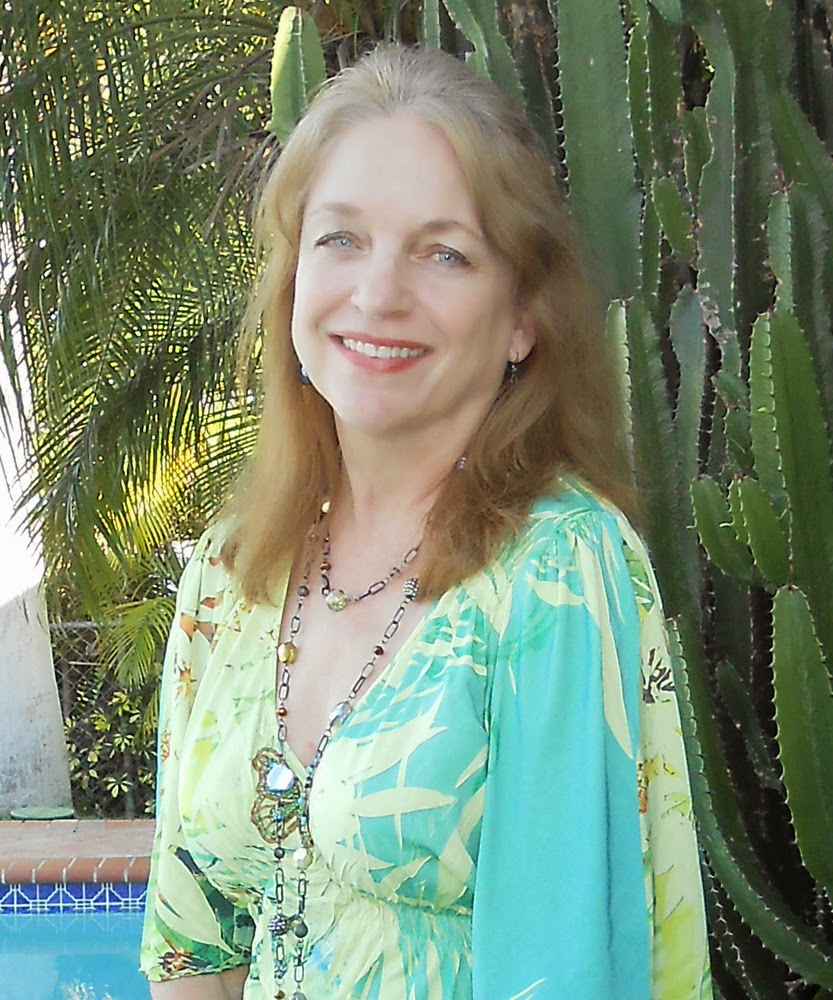 Debra Andrews has loved reading and making up stories since she was a child so it was only natural that she tried her hand at writing. She writes "Glitzy, Sexy, Romances with a Dangerous Twist." When she is not writing, she's enjoying her family and pets. She is a member of Romance Writers of America and her local RWA Chapter.

Her first book in the Dangerous Millionaires Series (All books can be read as standalones and are contemporary romantic-suspense with mystery and humorous elements) is "DANGEROUS PARADISE" which was published in November 2012 and is a 2012 National Readers' Choice Awards Finalist in Romantic Suspense, and The Romance Reviews 5-star, Top Pick.

Her second release in the series is "DISGUISED WITH THE MILLIONAIRE" which was released September 15, 2014.

The third scheduled release in the series is "DANGEROUS WEEKEND WEDDING" (working title), and planned for Early 2015.

The author is giving away a $20 Amazon/Barnes and Noble gift card. Use the rafflecopter link below to enter. You can find her schedule at
http://goddessfishpromotions.blogspot.com/2014/11/blurb-blitz-disguised-with-millionaire.html

a Rafflecopter giveaway
Posted by Elaine Cantrell at 3:00 AM

Thank you so much for having me as a guest and hosting my latest book. I’m looking forward to a great tour. I hope everyone enjoys the excerpt. Cheers!

I really loved this excerpt.