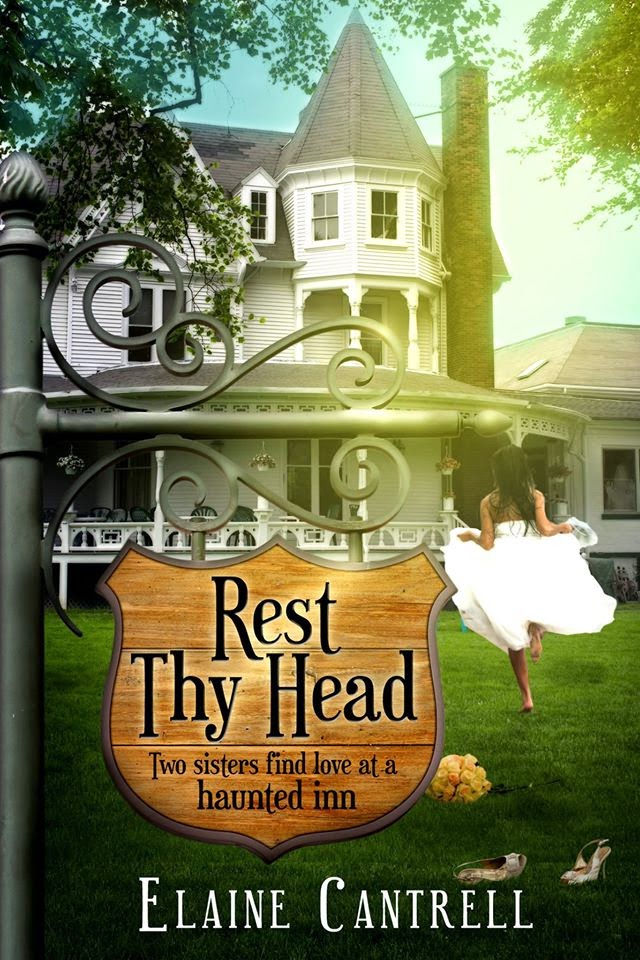 Welcome to Saturday Sample. My sample today comes from Rest Thy Head which is now available at most online retail outlets.

Running away from a fiancé who betrayed her, Peyton O’Malley finds employment at a beautiful bed and breakfast inn called Rest Thy Head.  She didn’t expect to live in the haunted room or to fall for the inn’s owner, a fire-scarred, war veteran who uses the inn to hide away from the world.  She didn’t expect her sister to show up at Rest Thy Head either, much less her formidable mother.

Jake took his breakfast and went into the office to eat. Lord, Peyton O’Malley looked good! He’d give a year off his life to look the way he did before he got burned. With no false modesty, he knew that before he went to Iraq he looked better than Patrick whom all women flirted with.
Since no one was around to see and feel sorry for him, he removed a photograph from the bottom desk drawer. Patrick had taken the picture of him in his uniform right before he left for Iraq. He remembered how cocky he had felt. Oh, sure he knew he might run into danger, but he had been sure he could handle anything the insurgents could throw at him.
He grimaced. He hadn’t planned on them throwing gasoline on him and lighting him up. If his buddy Martin Fletcher hadn’t tackled him and helped him put out the fire he might have died that day.
A scowl marred his face as he looked at the picture again. The guy in the picture looked awfully naïve to him. That guy still had to learn that life wasn’t good and that cruel, evil men did exist. He also hadn’t learned that disfigured people did not get a happy ending like they sometimes did in the movies. He’d seen Peyton’s face when she saw his scars. The scars had repulsed her, just as they did everyone he met.
With a sigh, he put the photo back in the drawer. It didn’t do any good to whine and complain. He should feel grateful to even be alive. Rest Thy Head and the beauty all around it was still his to enjoy, and he could still help Patrick make a success out of the inn.
If only his body would forget about things that could never happen again! No woman wanted a freak which was exactly what he had become. Why did Peyton O’Malley who had the face of an angel have to show up at Rest Thy Head and disturb his hard won serenity? With a snort of disgust, he shoved his plate aside. He had lost his appetite.
Posted by Elaine Cantrell at 9:33 PM