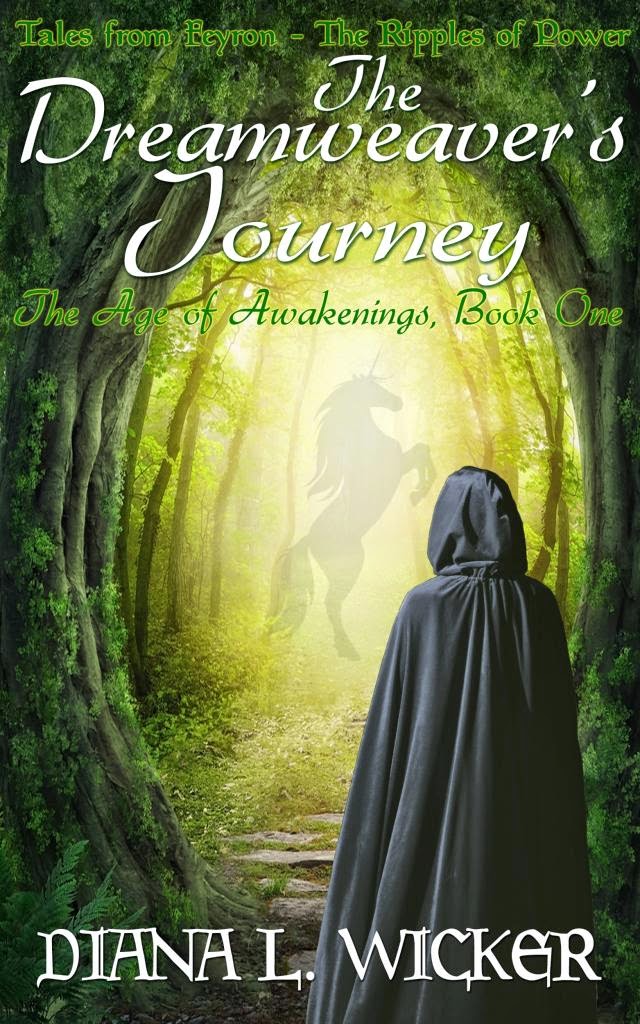 The Dreamweaver's Journey
The Realm of Feyron has always been. It is the origin of all things magical, the axis point where all the worlds meet. Once, in days gone by, there were many gateways within the Temple of Pyli connecting the Worlds Beyond seeded with magic to their home. Now many gateways have flickered out, and Feyron weakens as the magic fades and the Guardians are lost.
For the first time in over three hundred years a Dreamweaver has come of age and is tasked with contacting the Guardians. When she awakens in the night after a vision of her best friend lost and alone, injured in the snows at the top of the Crystal Mountains, she seeks out the Sacred Fire in the Temple in an attempt to call forth more information. A voice calls out from the fire, "Dreamweaver, you are summoned." An image appears of an ancient path through the Mist Shrouded Forest leading to a hidden gate into the Crystal Caverns below the mountains. The Guardians have summoned her on a quest that will take her to the four realms of light within Feyron in search of answers and aid. 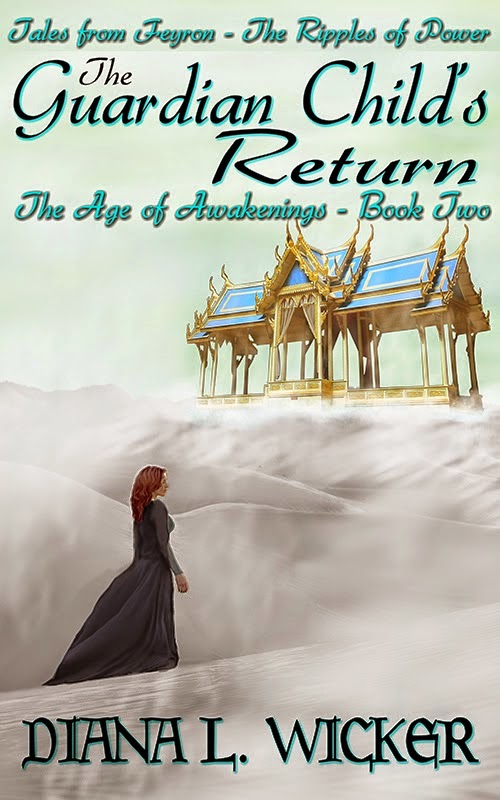 The Guardian Child's Return
The Guardians have awakened after the Time of Sleep and returned to renew the magic with the clans of Faie. At the request of the Guardian, Lord Grypos, Keeper of Knowledge, the Master Scholar travels through the Outer Gateway with craftsmen and apprentices to coordinate the repairs of the once great oasis that houses the ancient archives of knowledge known as the Island in the Sands.
As the summer wanes and the oasis begins to return to its former glory, the Guardian calls the Master Scholar to the meditation room in the wee hours of the night to discuss a journey. In the fire an image flickers of the red desert sands speeding past, a land of grey beyond the desert, and a cavern of twilight behind an obsidian wall. “Arwyn and Shyamal are to go there for me to seek out that which was once mine.”
What starts as a seemingly simple journey becomes an adventure with life threatening consequences as the two are unexpectedly joined by their friends on a journey far from home beyond the Realms of Light in a realm that few within the clans of Faie knew could even be reached. 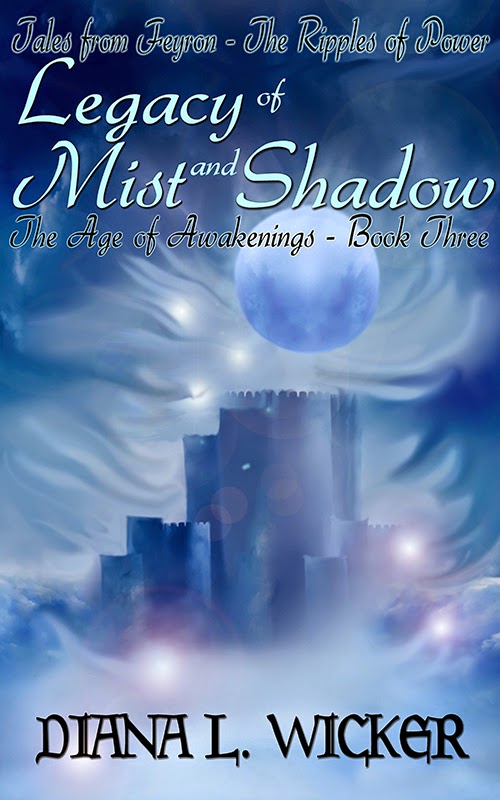 Legacy of Mist and Shadow
Old relics and have stories of their own. Sometimes they contain adventures waiting to be sparked and journeys bursting to begin.

The Box of Melodies was left with Clan Caris by Lady Oyisha, daughter of the mists, for care and keeping. A series of visions revealing the last desperate moments of a forgotten clan - the loss of their gateway to Feyron and the escape of a lone traveler holding the box - spurs a handful of adventuresome youth on a trek through the Lesser Forest where they inadvertently cause a ripple through the mists with unintended consequences.
A few of the youth find themselves on an unexpected journey to a World Beyond, lost in mist and shadow, where misunderstanding and suspicion lead to danger and darkness. Forgotten histories are discovered, clan secrets are revealed, and old alliances are remembered as the families of the lost seek to discover where the youth have been drawn by the memories within the Mists of Time.

Diana lives in the balmy climate of the US south with her husband, two children, two dogs, two cats, and a cantakerous rabbit.  She enjoys reading, sewing (clothing, costuming, and experimental toy making), and RPG games. (She grew up with the old school paper/pencil style of gaming, but has transitioned happily to the highly interactive world of video games.)
The idea for Feyron started with a map, a place for her daughter to tell stories and live out storytelling role playing adventures with her friends.  The lore grew around the map, for every world needs lore if you are going to “live” there.  The idea for a series, Tales from Feyron, grew out of the lore, for if you’re going to invent a world, you may as well play there too.  The stories are continuing to grow through the various historical ages of Feyron and may yet “ripple” outwards to the Worlds Beyond touched by magic. 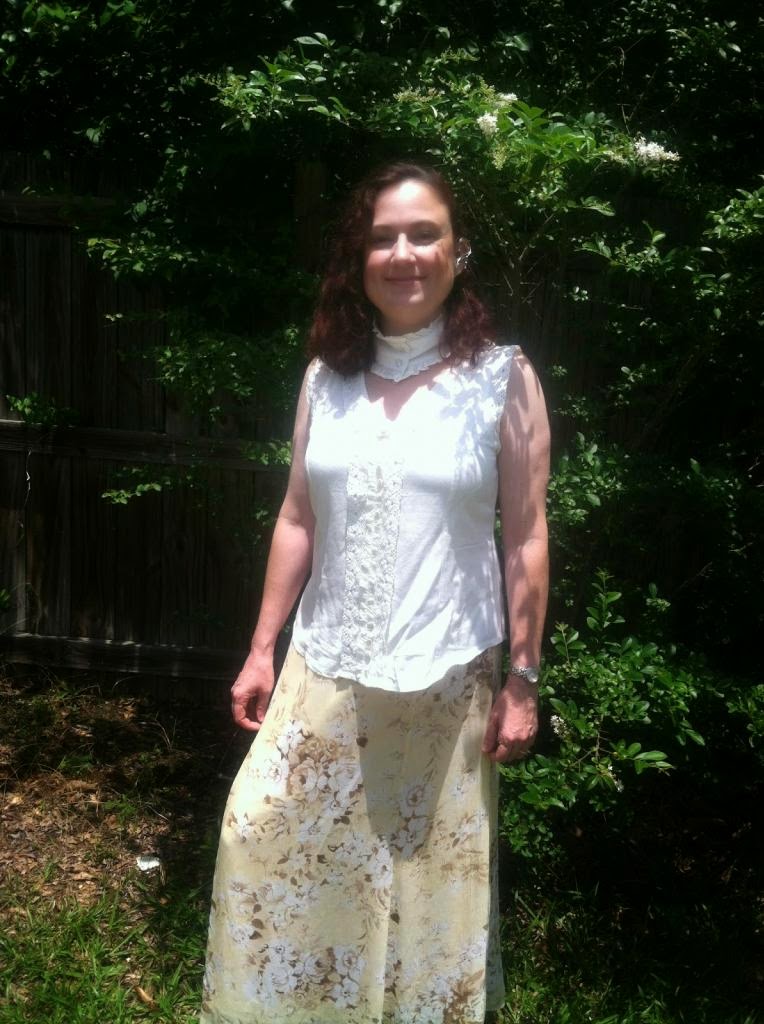 The author is offering a $10 Amazon or B&N giftcard or credit at the Book Depository –OR– a Magic Bottle necklace. Ends 2/13. Use the rafflecopter link below to enter. You can find the tour schedule at http://www.masqueradetours.com/2014/12/new-signups-tales-from-feyron-by-diana.html 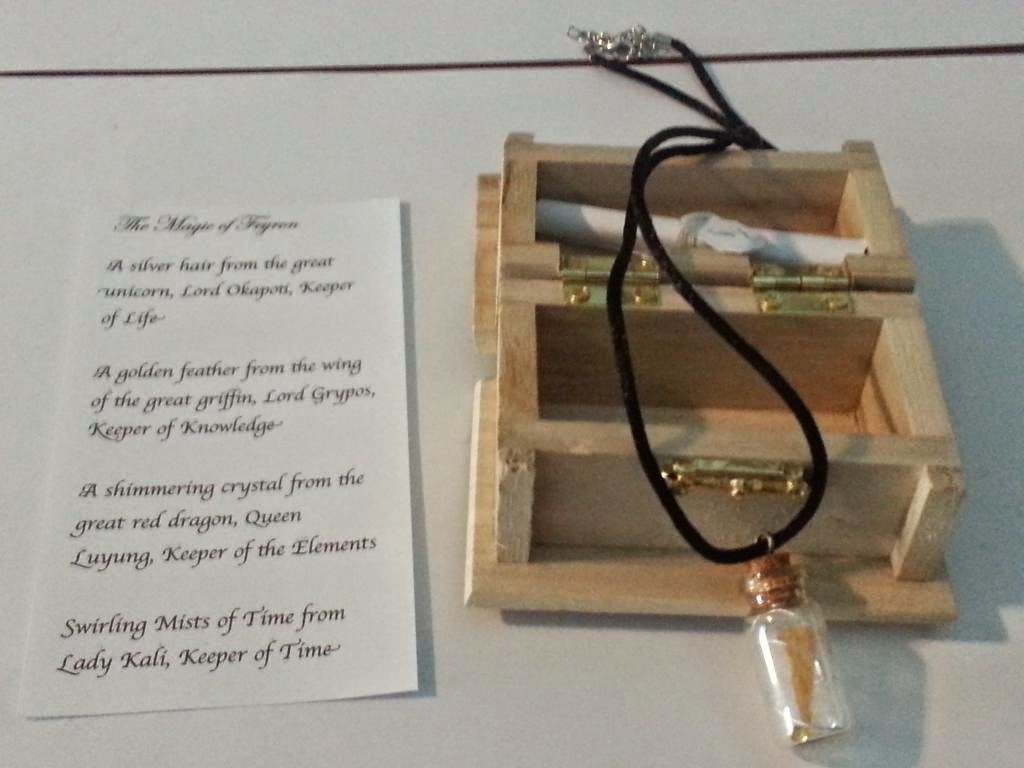 Email ThisBlogThis!Share to TwitterShare to FacebookShare to Pinterest
Labels: diana wicker, legacy of mist and shadow, the dreamweaver's journey, the guardian child's return