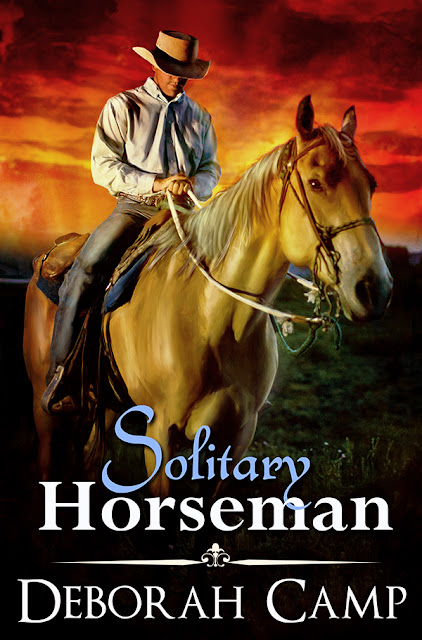 The Civil War is over, but the battles continue.

Callum Latimer returned from the war to a life he didn’t want and with inner battle scars he can’t heal.

Banner Payne clutched desperately to the remaining shreds of the life she’d known, but she is losing her grip.

Brought together by bad luck and cruel twists of fate, Callum and Banner forge a partnership they hope will keep them afloat even as neighboring Texas ranchers go under and their land is snapped up by opportunists.

Fate smiles on them and Callum and Banner find the missing pieces of themselves in each other.
Healing begins as their hearts are awakened. Now they must remain strong in their determination to forge a more peaceful existence and not be poisoned by the bitterness of a country still divided.

As long as he could remember, the Paynes were the family everyone in these parts shunned. His pa made noise about Otis Payne stealing cattle from him, but the bad blood between him and Otis went farther back than that – years before Callum was born. The Paynes had a good piece of land and had usually turned out a healthy herd of cattle, but they were a slovenly lot. The children had always looked unkempt. That probably had to do with them not having a mother to look after them. Alva had died when Banner was just a babe.

The war had taken two of her brothers, leaving only Hollis. Otis had died six months before the war ended. Callum had heard that Banner was running the Payne ranch, but he didn’t believe it. He figured Hollis was trying to be the boss and his cowhands were taking advantage of him. Stealing him blind, probably. That’s what he’d heard from Eller and from folks in town.

Leaning a shoulder against the porch post, Callum watched the horse and wagon make its way toward the house. Behind him, the hound growled. “No, Rowdy,” he commanded and the growl faded to whine.

The sun burned his eyes, making it difficult to discern any details of the Payne’s girl’s face. She reined the sway-backed horse in the shade of the house and Callum could finally see her bonnet and pretty dress. After she wrapped the reins around the brake, she turned toward him and a smile curved her pink lips as her gaze met his boldly, confidently.

Callum shifted his weight from one boot to the other as a bolt of awareness shot through him. Damn, she’d grown into a beauty, he thought, taking in her reddish brown hair and heart-shaped face. And those eyes – dark gold. The eyes of a tiger.

“’Afternoon to you, Misters Latimer.” Her voice had a husky quality, as pleasing as aged whiskey. “I bet you’re surprised to see me.”

She swallowed and her smile faltered for a moment. Directing her full attention to Callum, she took in a breath that lifted her breasts and the white ruffles covering them. “Your herd looks profitable. Good, sound stock.”

“That’s what we’re aiming for,” Callum said, wondering what was going on under that blue bonnet. She was up to something – but what? “How’s the Payne herd?”

Her smile vanished and she shrugged. “Not what it should be. I’m missing some. It’s been a bad year for calves, but a good year for coyotes, wolves, and rustlers.”

“Your pappy stole cattle from me,” Seth said, repeating an oft-spouted accusation.

Banner’s gaze whipped to the older man’s frowning visage and Callum could almost feel her fighting back scalding words.

“Sir, my father is dead and can no longer defend himself.” She squared her shoulders. “And I’m not here to fight old battles. I have new ones to address. I’ll come right the point as I know you have work to attend to – as have I. Northerners are sniffing around our place and several have offered to buy me out.”

“Damn Yankees,” Seth groused and Rowdy growled as if in agreement.

Banner gave a sniff of contempt. “Of course, they want to pay half of what it’s worth.” She looked off into the distance and it seemed that a shadow passed over her face. “Looks like I’m going to have to sell. I don’t want the Yankees to prosper from what my family bled and died for, so I’m here to offer it to you.” Her gaze swept to Callum again. “I’ll sell it to you. All I ask is that you let Hollis stay on.”

What is the sweetest thing someone has done for you?
Years ago I had to have a breast biopsy (it turned out fine, just a precaution), but it was the first time I’d ever had any kind of surgery, so I was tense. My guy was in New York on business (he lives on the East Coast) and he doesn’t do well around people who are sick, grieving, etc. It’s a long story… Anyway! I figured my parents would be there for me and baby me the whole weekend after the Friday morning procedure. On Thursday night my parents said they’d take me for the biopsy and then drop me off at my house when it was all over because a cousin was arriving for a weekend visit with them. I tried not to whine too much about it. However, when my guy called Friday night to see how things were going, I lost it and cried like a spoiled child about being left to my own defenses after having surgery. Although he had prior commitments, he hopped on the next plane and rushed to be by my side and pamper me the rest of the weekend. I’ll never forget that because I never expected him to do it. It was so totally out of character for him, but it made me realize that he really, really loves me.
How would you spend ten thousand bucks?
It’s dull, but I’d invest it in my retirement. As a fulltime writer, I have to look out for myself. Ten thousand isn’t much today and would be gone in no time should I become ill or whatever. Now, if we’re talking a million. I’d put some away for retirement and I’d donate some to charities that help homeless animals and the elderly (organizations that fix up their homes, bring meals to them, provide air-conditioners and heaters, etc.).
Where do you get your best ideas?
From the news, mostly. Sometimes from other books. Or from conversations I have or overhear. Writers, you know, are sponges – and eavesdroppers!
What comes first, the plot or characters?
The plot – or a seed of a plot – usually comes first and then I think about what type of characters would fit best in the plot or the world I’m creating. Then I hammer down a main conflict and decide the conflict would affect and change the main characters. Eery novel is about how people change – either for the good or the bad. And every novel begins with “why this day is unlike any other.” Something big and unusual must happen to your main character(s) within the first pages or chapter to launch a good story.
What does your main character do that makes him/her special?
Callum Latimer never saw himself as heroic or as a leader, but that’s what he became during the Civil War. He was raised a middle child and he liked it. After the war, he’s the only surviving son and has the responsibility of keeping his family ranch going. He’s special to me because he has shouldered his duties, even though they have brought him no happiness. He’s a noble man. Banner Payne is special because she has a good, kind heart even though the folks around her looked at her and her family as scum. Despite this, she has held her head up high and gone about her business with dignity, giving people second chances when they certainly never earned them from her. 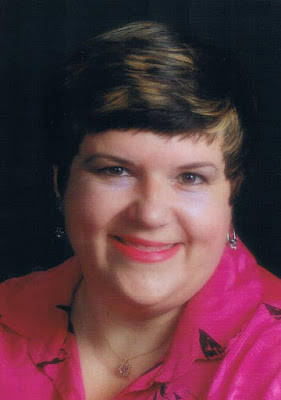 Author of more than 45 novels, Deborah lives in Oklahoma. She has been a full-time writer since she graduated from the University of Tulsa. She worked for a few years as a reporter for newspapers before becoming a freelance writer. Deborah's first novel was published in the late 1970s and her books have been published by Jove, New American Library, Harlequin, Silhouette, and Avon. She has been inducted into the Oklahoma Authors Hall of Fame and she is a charter member of the Romance Writers of America. She is also a member of the Author's Guild.

Lover of the west and the people who tried to tame it, Deborah likes to write about strong, independent women and the men who are their equals. She grew up on a diet of TV westerns which have served her well. Since she appreciates men with devilish twinkles in their eyes, she likes to mix laughter in with the love scenes in her books. Also widely published in non-fiction, she writes and edits for a magazine focused on small businesses. Deborah taught fiction writing for more than 10 years at a community college. She is currently working on her next historical romance set in the wild, wonderful west.

Her books have been re-issued on Amazon for Kindle Direct and have attracted tens of thousands of new fans. For a list of them, visit her website.

One randomly chosen winner via rafflecopter will win a $50 Amazon/BN.com gift card. use the link below to enter.

Oh I completely agree about putting away for retirement! The cost of living gets higher and higher, so everybody needs to think about the future. Great guest post! Thanks for sharing this with all of us!!! <3

congrats on the blog tour and thanks for the chance

The story sounds good. Enjoyed the interview and excerpt. That was so sweet of your guy to come take care of you. He sounds like a good one.

Hello, everyone! First all, thanks for this opportunity to feature my book and meet a few readers. Most of you are following along with my tour, which ends tomorrow. :-( It's been fun though. I hope you keep in touch on my Facebook page(s) and website. I'm glad you enjoyed the interview and excerpt. Yes Marcy, it was sweet of him. He's a keeper, although at times, I'd like to wring his neck. :-)
Good luck on the drawing!

Really great post, I enjoyed reading it - thanks for sharing!