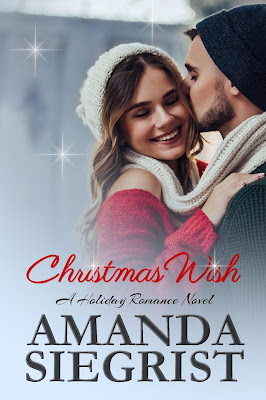 What if you had one wish granted for Christmas? What would it be?
Acting reckless isn’t something Bentley Wilson is known for, but when he runs back into a burning building to save a little girl’s puppy after specifically told not to do so, that’s exactly how most of the town sees him, especially the fire chief who insists he has to help with the annual Christmas party because of his behavior. Throw in the fact the woman he pined over for too long is getting married, this holiday is going to go down as one of the worst. Until he meets Emma Brookes. She’s feisty, headstrong, and holds so much pain hidden in the depths of her beautiful green eyes. He wants nothing more than to erase her sadness. But it’s already a season of disaster, and every time they’re together, they spar like two warriors dueling to the death. Despite that, he likes the challenge, the crazy way she makes him feel. Before the holiday is up, he vows to get his one Christmas wish. That she never leaves his side.

She made her way to the bakery in short time, and said a little prayer to her car before shutting it off that it better start for her when she finished at the bakery.
After a few short words with Lynn, she donned on an apron and shooed Lynn to the back of the bakery for her to finish creating her delicious treats she could bake with ease. She shuffled from counter to counter, filling orders, helping customers, wrapping treats, and worked her butt off until her legs wanted to cave in.
This business was no joke.
Two hours later, the door swung open bringing in cold air and the last person she wanted to see.
Except, when a silky, sweet grin punctured his handsome face, she knew she was lying to herself. A little white lie. Boy, those lies could do more damage than she realized.
“How’s my favorite lady that loves to glare at me?”
A chuckle escaped before she could stop herself. The things he said shouldn’t make her laugh. Shouldn’t make her heart soar, her hands shake, her mind think maybe she could be happy for once.
“What do you want, Bentley? A box of cookies? A cake? Some doughnuts?”
“Your company would be nice. Can I get that wrapped with one of those fancy red ribbons?”
Her eyes followed his gaze to the ribbon sitting on the counter behind her. Delicious, naughty scenarios pelted her mind as she stared at the bright, vibrant ribbon. He wanted to wrap her up? Yes, please.
No! What was she thinking?
Swiveling her gaze back to his, she intensified her glare. The irritating man grinned wider. “Go away. I had enough of you last night.”
“So, does that mean you’re not coming to the Christmas party with me tonight?” The puppy dog expression on his face almost made her want to cave. Almost.
But she wasn’t going regardless. Elliot even invited her. She declined politely, because going to the party would bring lots of curiosity and questions she didn’t want to answer.
Who was she? How did she know Elliot? Why was she here? How long was she staying?
It was nobodies damn business. Not even Bentley’s.
“I’m not into Christmas parties. Sorry.”
He clapped his hands and rubbed them together excitedly. “That’s great news. Excellent.”
Frowning, she couldn’t figure out why he sounded so excited by the prospect. She expected him to be upset and fight her every step of the way.
Her eyes narrowed. The mischievous glint in his eyes didn’t bode well for her. “What? Quit staring at me like that.”
He leaned forward. “Like what? That you look beautiful. That I want to lick off the dusting of powdered sugar that’s on your cheek.” He leaned even closer, his eyes lowering to her mouth. “That you’ve been on my mind all night and morning.”
The beating of her heart, that started rapidly beating the moment he called her beautiful, started to hammer like crazy when his eyes shifted back to her. The amount of passion gazing at her almost made her knees buckle. No man had ever looked at her with such intensity.
“I’m hanging out with my friends, Aiden and Theresa, tonight. Join me?”
By the heat in his eyes, the passion, she found herself saying the only thing she could think of. “Okay.”
She regretted it the moment she said it.
(Copyright © 2018 Amanda Siegrist) 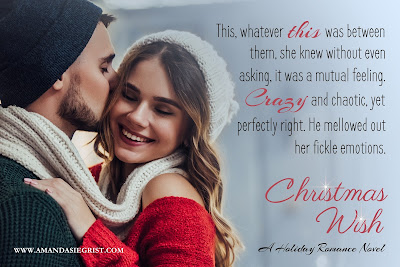 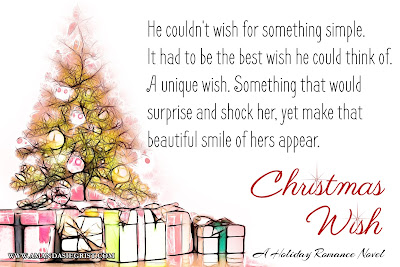 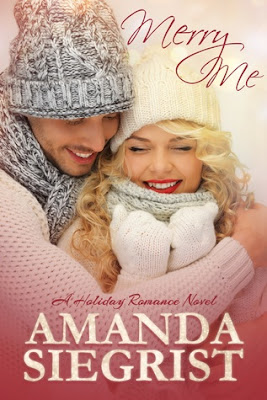 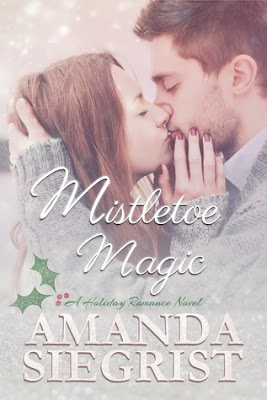 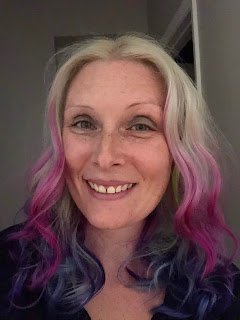 I love anything that has to do with romance. As long as there’s a happy ending, I’m a happy camper. I love baseball (Go Twins!) and creating awesome crafts. I graduated with a Bachelor’s Degree in Criminal Justice, working in that field for several years before I became a stay-at-home mom. When I’m not hanging out with my wonderful family, I’m writing a sweet contemporary romance or a romantic suspense that keeps you guessing until the end. I have a few more amazing stories in the works. If you would like to connect with me or see important news, head to my website at http://www.amandasiegrist.com. Or you can also check out my Facebook Page or follow me on Twitter (@amanda_siegrist). 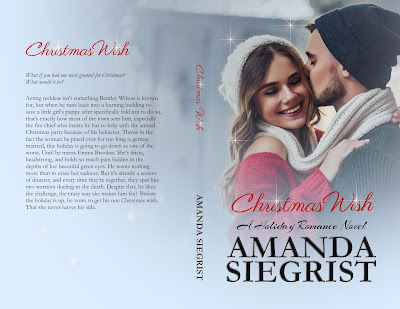 Thank you so much!