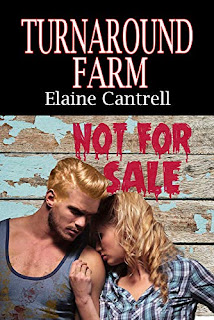 With a blast of cold air that made the fire flicker, the Wakefields returned, stamping the snow and ice from their boots as they removed their coats and hats. Dan immediately zeroed in on the fact that someone had done the dishes and straightened up the kitchen. “You didn’t have to do the dishes, Miss Grant. We’d have taken care of it.”

“It’s the least I could do to repay you for your hospitality,” Holly answered.

Jeb smiled at her, which made Holly feel guilty for claiming credit for those dishes. But not too guilty. She wanted the Wakefields to think well of her.

“Would you ladies care for a game of cards?” Jeb asked. “Our television died a few weeks ago, and it’s pretty early for bed.”

“Let’s do,” Loretta enthused. “I love to play cards. How about Hearts?”

Everyone knew the rules, so that’s what they did.

Holly enjoyed the game, but it was hard to concentrate on cards with Dan Wakefield at the table. Whether she wanted to admit it or not, the man was gorgeous. No wonder she was doing so badly. Hmm. Dan wasn’t doing any better than she was. He was a terrible card player.

Holly waited until they finished their game to bring up business. She replaced the cards in the box and smiled at Jeb. “Mr. Wakefield, I really would like to show you
the proposal I brought with me. My client’s offer is incredibly generous.”

Hostility returned to Dan’s face in a rush. “Turnaround Farm isn’t for sale.”
Posted by Elaine Cantrell at 6:00 AM