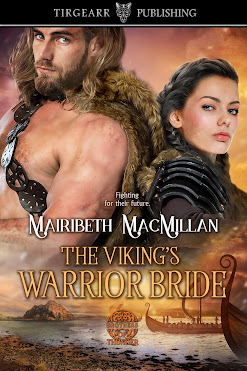 Bjorn and Ylva. Two warriors who fight side by side. Two lovers who avoid commitments. But their convenient relationship just got complicated.

Determined to redeem her father’s name through her own brave deeds as a warrior, Ylva has no desire to give that up to be a mother. On the eve of returning home to the Norselands to find a foster family for her child, she is injured in an attack by a mysterious group of mercenaries. When Bjorn discovers her secret, everything changes. He has never wanted a family, his own father’s betrayal has seen to that, and yet he begins to wonder if there is anything else truly worth fighting for.

After a series of attacks by mercenaries on the fort they have been guarding, they’re asked to disguise themselves as traders and travel up the River Clyde to gather information. As they travel the situation grows stranger with every village they visit and Ylva begins to wonder what she is fighting for. All around them they find missing villagers, a mysterious bard and a population unhappy with their king and his choice of allies. When they visit the supposedly abandoned former royal residence at Alt Clut, a mysterious woman and her son stow away on the trade boat, putting all their lives in danger and prompting them to make a final stand but how much are they willing to sacrifice for their future?

In front of her stood Björn. Ylva kept her sword up for longer than necessary, then lowered it and smiled back despite herself. She had forgotten how much his physical presence affected her. The way he looked at her with a mixture of desire and laughter had always appealed. She sheathed her sword, and he took a step towards her. She breathed in, the familiar scent of his leather armour and the man inside sending her senses reeling as it always did.

“No,” she lied. “Why? Did you miss me? Is that why you came looking for me?” She mustn’t let him know that she had thought of him almost every waking minute - especially over the past few weeks. She wondered if he had another woman here, although the fact that he had purposefully sought her out would seem to suggest that he didn’t.

“You didn’t arrive with the others off the ship, and yet Elisedd told me you were anxious to see me.”

“I thought you’d be in more of a hurry to see me.”

“You thought it was me who was in a hurry to see you?” Ylva’s gaze slid lower to where the bulge in his breeks suggested that it was his own lust that made him anxious to see her.

“The nights here have been cold and empty.” Björn took a step towards her, drew her towards him, and lowered his mouth. He paused, his lips almost, but not quite, touching hers, and she knew he was waiting for her to kiss him. She slid her sword back into its scabbard and waited. What if he was able to tell? 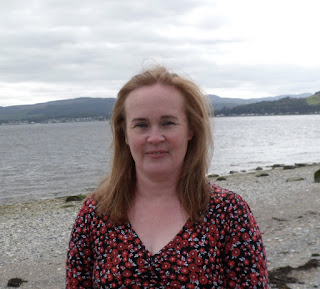 Mairibeth MacMillan lives on the shores of Loch Long on the edge of Argyll and Bute. While very picturesque, living there seems to involve endless driving and family life currently involves running a taxi service.

She was a drama teacher for many years until, during a career break, she studied for a Creative Writing degree through the Open University followed by a Masters degree in Playwriting and Dramaturgy. Over the years she has had some success with short stories and flash fictions in various competitions, magazines and anthologies. In 2014 she was shortlisted for the New Writer’s Award at the Festival of Romance.

Inspired by the discovery of a Viking fort marked on the Ordnance Survey map nearby, she started working on a series of Viking Romances set in the Kingdom of Strathclyde at the end of the Ninth century. The Viking’s Cursed Bride was the first in a series of books about four Norse cousins as they build new lives far from home. The second book The Viking’s Warrior Bride is available now.

The author will award a $10 Amazon/BN GC to a randomly drawn winner via Rafflecopter.

Thanks for hosting me on your blog! It's great to be here!

I liked the cover and excerpt.