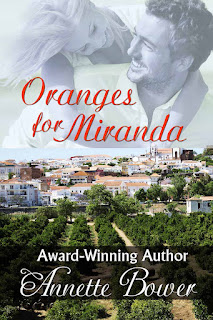 Miranda Porter, a newly retired award-winning businesswoman, leaves home to transition into her new life stage. Always in control, this is her time to have fun without plans and responsibilities. Enter Renato Monteiro, a considerate tour guide with secrets. Miranda isn’t looking for long-term. She wants a purpose in her retirement. Could her purpose in retirement be finding love in this unlikely place? Could her aim be domesticity and caring for and be cared for by a newly found friend? Will a vacation romance end because of miles?

Renato Monteiro has decisions to make. Stay in his birth country where his female relatives want him to marry a woman young enough to give him children. Or does he return to his second home, where he has a purpose and has built a life without children? The day Miranda and he bumped heads changed his life and his pursuit. Now he must decide which is most important the family he was born into or the family he chooses. 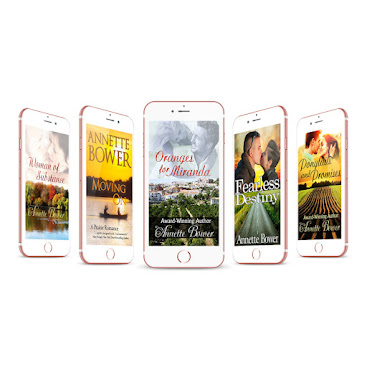 The bubbles floating across Miranda Porter’s abdomen and covering her breasts reminded her of the retro photos of women in clawfoot bathtubs. She inhaled the scent of lavender and wiggled her toes against the worn brass taps. Who should I be today in this new place? What name would reflect a woman in this bathroom in this whitewashed stucco home nestled among the other houses sheltered by red-tiled roofs in Albufeira?

Arriving in the southern coastal city in Portugal late in the afternoon after a long and tiring journey from Regina, Saskatchewan, Canada, she’d admired the stylish women walking along the cobblestone streets in their stilettos. Women with names like Raquel, Sofia, or Lusia all sounded softer, more romantic. Indeed more European than Miranda. Miranda was in Shakespeare’s play The Tempest, where father and daughter were stranded on an island. But not her story, just her name. She wasn’t stranded. She chose the Portuguese Algarve to be the place of winding down and redefining the woman she was now. Not the Miranda of the Canadian Prairie, award-winning realtor and mother of two adult children.

Becoming an author was not on my radar for many years. But, writing poetry for the male nurse in my class to give to another female classmate that I could do.

Attended community classes for short stories, did do.

Read Harlequin novels when our children were young. Cam, my husband, would bring home a book, and I’d veg on the couch while the family carried on without me. I wrote in a scribbler while the children were at the beach. I returned to university as a mature student to obtain a bachelor’s degree, majoring in English.  However, I didn’t have a clue what being an author meant.

Before a novel appeared, I started small with short stories published in journals and anthologies and won prizes. Then finally, it was time to try the full-length romance novel. I joined the Romance Writers of America and attended my first conference. I think I had to be sedated mingling with all the writing stars in attendance. Finally, I pitched my novel Woman of Substance. However, I realize it didn’t fit any of the Harlequin perimeters because I know more now. But I gained knowledge, and later, I pitched to a small Canadian publisher who accepted my second novel, Moving On. The novel came out as an electronic book. I was proud, but many of my family and friends didn’t get a chance to read it without print copies. Unfortunately, that company folded, however in the meantime, I had won an opportunity to submit to Soul Mate Publishing.  Debby Gilbert, the publisher, accepts my storytelling process. I am a Soul Mate Published author of five novels and proud to be.

When I am writing, I read mysteries by Louise Penny or stories by Fredrik Backman. When I read romance, I enjoy Collette Cameron, Kristan Higgins and Mary Balogh. In addition, I have become a dedicated audiobook reader.

The best part of being an author is when a book is accepted by a publisher and then goes through the cover design, editing, and final product.

After publication, I enjoy opportunities to read to audiences and experience the energy from readers.

The hardest part rather than the worst is working on the later drafts when I’m unsure if the story is worth telling. But gradually, the words and images take on a form when it is ready to submit for consideration. The time between submission and acceptance is fraught with uncertainty.

I am circling a story. I met a woman named Keanna. She said her parents named her after their favorite star, Keanu Reeves. Keanna, in my story idea, stepped off the usual post-secondary path and collected certificates and job experiences. My story focuses on her future. I am a child of a deaf parent. It has been suggested that I write my story. I don’t want to do that; however, I would like to share my experiences. I have a deaf character in this novel. I have a hero, and I might have a pony. Right now, I’m cutting out pictures and creating an idea book. I wonder if I have too many threads and need to lose a character or a pony. I am a writer who does not have a schedule. 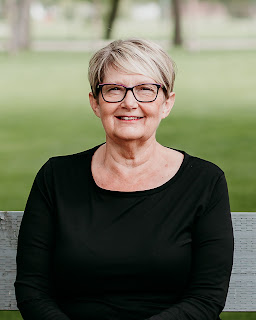 Annette believes home is where her stories percolate. And her home is a condo where she watches the urban life below, airplanes arrive and depart at the international airport, and the seasons change on farmland near the horizon. Annette travels extensively but always returns home to Regina, Saskatchewan. Whether at home or away, and even though directions are always a challenge, she wanders the streets, parks, and lanes observing how people live, love, and care for one another. Your way of sitting, holding hands, the way you tilt your head, or a t-shirt you wear may end up in one of her stories.

On her first trip to Olhos de Água, a fishing village in Portugal, she stopped at a café where the proprietors were a mother and daughter. Annette sat at the outdoor blue and white tiled table and ordered an espresso and brandy. While the sun warmed her back, she opened her new notebook. The older woman walked by carrying a basket, tipped her head toward Annette’s blank page, and shrugged. When black-laced heeled shoes struck the tile, and the scent of just-picked clementine oranges interrupted Annette’s writing, the woman plunked three oranges at the edge of her page. Annette cherishes this gift from one woman to another. Recently, Annette travels with an accompanying Orange and shares pictures on Social media as her way of honoring those Portugues women. A version of this event appears in her new novel, Oranges for Miranda.

During another trip, while searching for an address in Malaga, Spain, she asked a well-dressed man carrying a floral paper-wrapped bouquet if he spoke English? Would he direct her to the address? With impeccable English, he suggested she walk with him. They chatted, and she discovered he was a lawyer in his final days of retiring. Finally, she asked to whom he was giving the flowers. He lifted the cover to reveal a large crucifix. This detail has not appeared in a story yet.

In a coffee shop, looking south between glass tower office buildings, she could be anywhere in the world. However, she is home watching people on Eleventh Avenue run for buses, bring tea to a panhandler, and holding mittened hands while bending into the wind.

Annette uses experiences she gathered as a nurse, town administrator, elected official, traveller, and member of a large extended family to inform her stories because writing is her joy.

Webpage: https://annettebower.com/  (Also a sign up for my monthly newsletter)

Annette Bower will be awarding a $25 Amazon/BN GC to a randomly drawn winner via rafflecopter during the tour.

I love the cover it looks amazing

Good morning Elaine, thank you for hosting Oranges for Miranda and me as an author. Thank you for your insightful questions. I look forward to answering your followers comments.
Yours truly,
Annette

Good morning Anita, Thank you for commenting on Rae Monet's cover design. She has designed the majority of my covers. I like the way she captures the story in a picture. Thank you for dropping by.
Yours truly,
Annette

Hello, Annette. It's great to have you here. Could you email me please? elainecsc@aol.com

Good morning Elaine, I sent you an email.
Thank you for asking.
Yours truly,
Annette