Matt McCallum here, readers.  Elaine told my and my wife's story in her book A New Dream.  The book's on sale for only .99 for either the Nook or Kindle versions.  This would be a fine time for you to sample Elaine's work.  Here are your links for the sale. 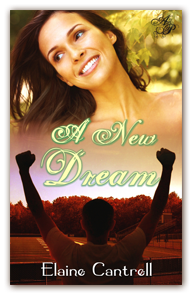 I thought I'd talk today about the way people celebrate the new year.  It's almost 2012, you know.  In the US people like to watch the lighted ball drop at 11:59 in Times Square.  Mass hysteria reigns and confetti flies everywhere as 2012 arrives.

Of course, customs vary from country to country.  The most popular of all new year's customs in the UK is called "First Footing." Neighbors visit each other shortly after midnight. They believe it's lucky if the first visitor to the house is a tall, dark, handsome male carryijng a piece of coal, a loaf of bread and a bottle of whiskey as a gift.  The visitor shoudn't speak or be spoken to until he has thrown the coal into the fire, put the bread on the table, and poured a glass for the head of the house.  He then wishes everyone a happy new year and leaves through the back door.  This is supposed to bring luck and prosperity in the coming year.

Join me again tomorrow and we'll look at custom's in other countries.
Posted by Elaine Cantrell at 10:46 AM

I blow my Conch at Midnight!