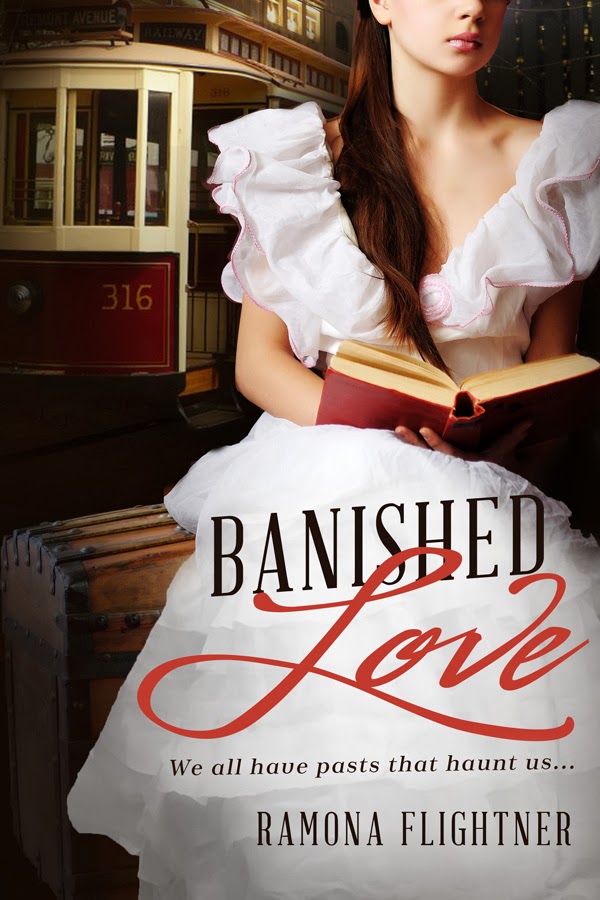 Clarissa Sullivan dreams for more from life than sipping tepid tea in stifling parlors in Victorian Boston. She defies her family’s wishes, continuing to teach poor immigrant children in Boston’s West End, finding a much-needed purpose to her life.

As a suffragette, Clarissa is considered a firebrand radical no man would desire. For why should women want the vote when men have sheltered women from the distasteful aspects of politics and law?

When love blossoms between Clarissa and Gabriel McLeod, a struggling cabinetmaker, her family objects. Clarissa’s love and determination will be tested as she faces class prejudices, manipulative family members and social convention in order to live the life she desires with the man she loves.

Will she succeed? Or will she yield to expectations?

BANISHED LOVE follows Clarissa Sullivan on her journey of self-discovery as she learns what she cannot live without.

“If you don’t mind me saying so, Mr. McLeod, you seem quite domesticated,” Savannah said in a haughty tone.

Gabriel laughed. “Like a favorite pet, Miss Russell?” He glanced toward her with humor. “I always think domestication ruins the better part of the beast.”

“But you wouldn’t want a wild dog in your house,” Savannah protested. “And horses must be tamed.”

Gabriel nodded. “I would hate to think you compared me to a horse or a dog, miss. I hope I have better manners than that?” he asked, raising his eyebrows mockingly toward Savannah. “Though, I agree, horses are most useful for our purpose when tamed, but I wonder if they truly enjoy working for us?” He looked toward me, although he did not push me into the conversation.

He let out a long theatrical sigh. “Domesticated cats, dogs. Domesticated women. Wonderful creatures. Wouldn’t you agree, Miss Sullivan?” He looked toward me wickedly. I had bolted so hard in the rocker at his words I had nearly flown onto the floor. I watched him with wide eyes, wondering why he pushed Savannah so.

Savannah replied, “Now you are offensive, sir.” She vibrated with anger.

“Isn’t that what all young women long to be?” Gabriel asked Savannah, setting down the filled mugs with a clunk. “Domesticated. Demure. Tamed to the needs and ways of their husbands?”

“You know perfectly well you are describing the ideal wife,” Savannah spat out.

“Am I?” he asked, sounding unconvinced. “What do you think, Miss Sullivan?” he turned to me. “Is that what you long to be, a domesticated woman?”

“No!” I blurted out before I could stop myself.

“Rissa!” Savannah scolded me, eyes flashing. She had begun to breathe heavily, and I feared she would faint with her tightly laced corset.

I blushed but met Gabriel’s eyes. “No,” I said. “I have no desire to match that description. Slightly less clumsy, perhaps,” I muttered.

“Yes, I agree,” Gabriel said, causing me to worry he agreed with my assessment about my clumsiness. “Domestication is akin to docility which is an unattractive trait in a woman.” He smiled knowingly at me, and I felt a flash of pleasure.

“Do you speak in earnestness, sir, or are you in jest?” Savannah demanded. When Gabriel merely turned to look at her, she continued. “Men want docile, demure women,” she expounded, as though teaching a rudimentary fact to Gabriel.

“Well, pardon me, ma’am, for not learning my lessons well,” he replied, nodding his head deferentially.

I watched Savannah’s face become flushed red with anger and was worried she would erupt. She generally kept her temper under control, but, when it blew, it was a frightening thing to behold.

“I’d actually like to meet a young woman who can think for herself and doesn’t want only what her father or husband wants.” His quiet statement made my pulse quicken.

Savannah scoffed, “That path leads only to misery.”

Savannah stood, knocking into the table with such force she caused tea to spill out of the mugs. “I will not sit here any longer and listen to your insolent beliefs,” she declared. “Rissa?” She turned toward me expectantly, then headed toward the door.

I looked at Gabriel with remorse, wanting to have spent longer time in his company. “I enjoyed our conversation. Maybe we could continue it one day at the school?” I watched him, hopeful he would agree.

He smiled, releasing a sigh of relief. “I would enjoy that very much, Miss Clarissa.”

I had forgotten how his voice could feel like a caress. I closed my eyes for a moment, having missed hearing his gentle baritone. No matter how much I had enjoyed his letters, I had missed him. 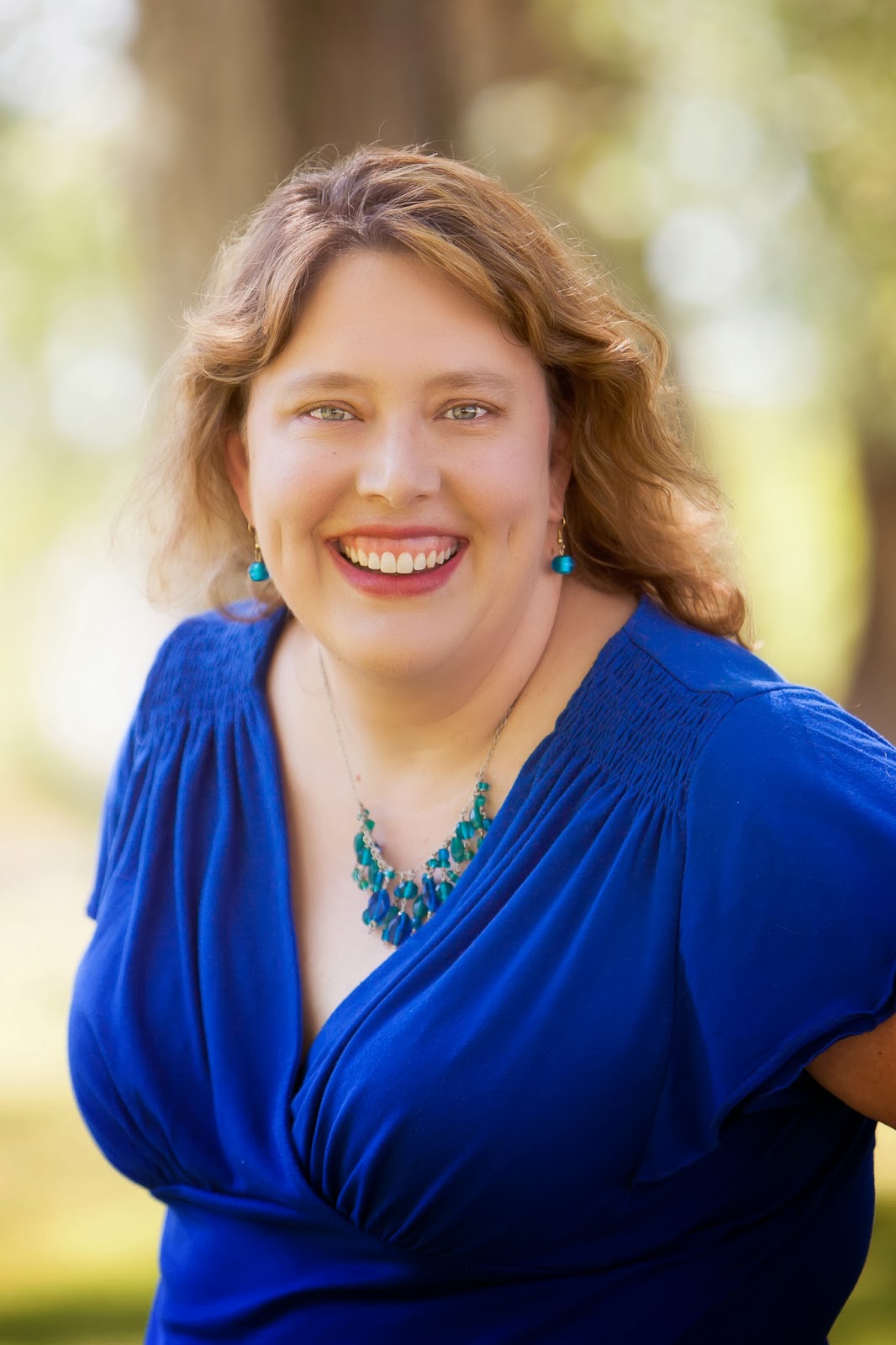 Ramona Flightner is a native of Missoula, Montana. After graduating from Tufts University with a B.A. in Spanish, she earned a Masters degree in Spanish Literature from the University of Montana. Her Master’s thesis, Chilean Testimonial Literature: the collective suffering of a people, highlighted her continued interest in the stories of those who were at risk of being forgotten or silenced.
She studied nursing at the University of Pennsylvania and graduated with a Master’s in Nursing as a Family Nurse Practitioner. She has worked for ten years as a family nurse practitioner providing care to the poor and under insured at two community health centers, first in Wilmington, Delaware and now in Boston, Massachusetts.
An avid reader, she began writing three years ago. She enjoys the demands of research and relishes the small discoveries that give historical detail to her books.
Ramona is an avid flyfisher and hiker who enjoys nothing better than spending a day on a remote Montana river, far from a city. She enjoys research, travel, storytelling, learning about new cultures and discovering new ways of looking at the world. Though she resides in Boston, Massachusetts, Ramona remains a Montanan at heart.
Her dreams are to see the plains of East Africa, marvel at the wonder of Petra in Jordan, soak in the seas of the South Pacific, and to continue to spend as much time as possible with her family.
Banished Love is her first novel and is the first in the forthcoming Banished Saga.

Ramona is giving away a $50 Amazon/B&N gift certificate so enter often to win. Use this link to win:  http://www.rafflecopter.com/rafl/display/28e43459

You can find her schedule at

I love the banter in the excerpt.

I really loved the excerpt. It helped to really understand the two main characters.

I have enjoyed learning about the book. Thanks for sharing it.
psiu@ live.com