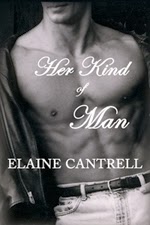 Hello, my name is Kara Cochrane, and I was Elaine's heroine in Her Kind of Man.


I like going to movies, don’t you?  For one thing the refreshments are better than what I have at home, and for another the movie just looks better on a big screen in a dark room. I’ve seen lots of romantic movies. Can you guess the name of these movies?

1.He was a paraplegic former Marine, and she lived on Pandora in the Alpha Centauri star system.

2.She called him Preppie, and his family disliked her, but nobody expected her to die of cancer.

3.They were both robots, but in this Pixar release they learned to overcome their model differences and find true love.

4.She was an Austrian governess who fell for her employer and helped the family escape the Nazis  during the beginning of World War II.

5.He gave his life for hers when their unsinkable ship sank in the bitter North Atlantic Ocean.

6.She didn’t realize he and his family were vampires until she had already given him her heart.

7.He was a troubled rich boy, and she’d had hard times too, but just when they got their lives together, disaster struck in 2001.

8.Julia Roberts played a hooker whose life was changed forever by one of her clients.

9.Her wedding in Greece didn’t happen, but her mother and father’s did.

10.She’s a mysterious stranger who arrives in a small North Carolina town and meets a local widower whose children like her.

You give up?  Here’s an answer key.
1.Avatar
2.Love Story. This one is old, but if you like to cry buckets of tears just find a copy and watch it.
3.Wall E
4.The Sound of Music
5.Titanic
6.Twilight
7.Remember Me
8.Pretty Woman
9.Mama Mia
10.Safe Haven

If you like romance, you'd like Her Kind of Man. Why not check it out?  You can find it at Amazon and most other online retail outlets.

Blurb:
Is it possible she’s finally found Her Kind of Man? Ross Williams has been in love with Kara Cochrane since they were kids so when Kara's fiancé Brandon Miles cheats on her and calls off their wedding—Ross steps in to rescue the damsel in distress. A heartbroken Kara just wants to get on with her life and hunky Ross provides her with a definite distraction—that is until she starts falling for him. Big time. But a devastating family secret threatens to destroy everything that Kara holds dear—including her relationship with Ross.
Posted by Elaine Cantrell at 11:00 PM

Email ThisBlogThis!Share to TwitterShare to FacebookShare to Pinterest
Labels: beyond the book, dairy farming, her kind of man, romance, sisters