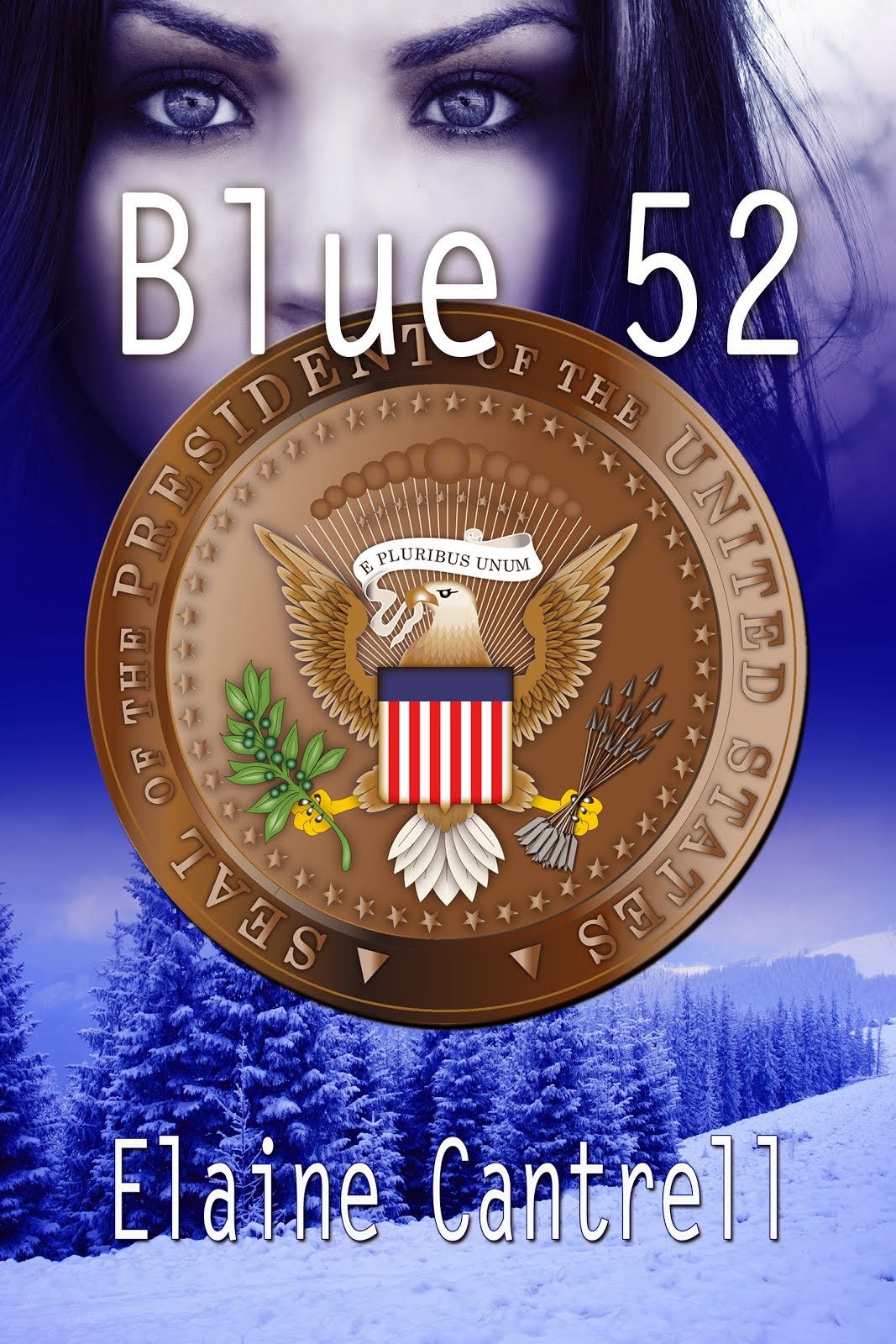 Welcome to Saturday Sample. Today's excerpt comes from Blue 52 which is published by Whiskey Creek Press. In this excerpt, my hero and heroine meet for the first time. First a blurb, then an excerpt.

Thirty years later, Hank Lovinggood embarks on a quest to prove his mother’s innocence and punish the killers who took his family from him. Together Hank and lovely physicist Dr. Kathryn Sinclair confront an implacable, twisted, and merciless enemy who’ll do whatever it takes to hide the truth forever.

“Mr. Lovinggood, Dr. Sinclair is here to see you.”

Hank rose to his feet. He didn’t know what he had expected, a person his grandfather’s age maybe, but the woman who appeared in the door behind his secretary looked almost as beautiful as his mother. In fact, as impossible as it seemed, she might be even more beautiful. She was about five six and had dark hair and eyes even bluer than his own. He guessed she might be about his age. Her figure would make a blind man stare, but the expression on her face attracted him as much as her physical appearance. Intelligence, curiosity, and life shone from her eyes. She glowed with an eagerness he didn’t understand.

As she approached his desk, she held out her hand. “Mr. Lovinggood, how are you? I’m Dr. Kathryn Sinclair. Thank you for seeing me.”

She had a firm handshake and looked him right in the eye. “Not at all, Dr. Sinclair. Please, have a seat. May I get you a cup of coffee?”

“Yes, that would be lovely.”

Hank filled a disposable cup with coffee. The cups biodegraded in three months’ time, so nobody hesitated to use them. The trashcans overflowed with cups by the end of the day. “Cream or sugar?”

He handed the coffee to Dr. Sinclair and got a good look at her legs in the process. Nice. She wore a well-cut, red suit that looked expensive. He liked her short little skirt, but the neckline of the jacket didn’t plunge quite enough.

Hank flushed. He was no hormone-riddled teenager. The woman hadn’t come here for him to ogle her. “My secretary told me that you wanted to talk to me about a crime,” he said as he seated himself behind his desk, unconsciously smoothing his tie and sitting up straight.

“That’s right, I do.” She didn’t wait for him to prompt her to tell her story. “The crime was committed a long time ago, but there’s no statute of limitations on murder, right?”

Hank nodded. “You want to talk to me about a murder?”

“Oh, yes. A man and his wife were brutally murdered, and the murderers framed the wife to take the blame.” Dr. Sinclair paused to take a sip of her coffee. “Their names were Lovinggood.”

Wow, that was intriguing! Grabbed my attention!

Wonderful! thanks for reading it.