Beyond the Book: Blue 52 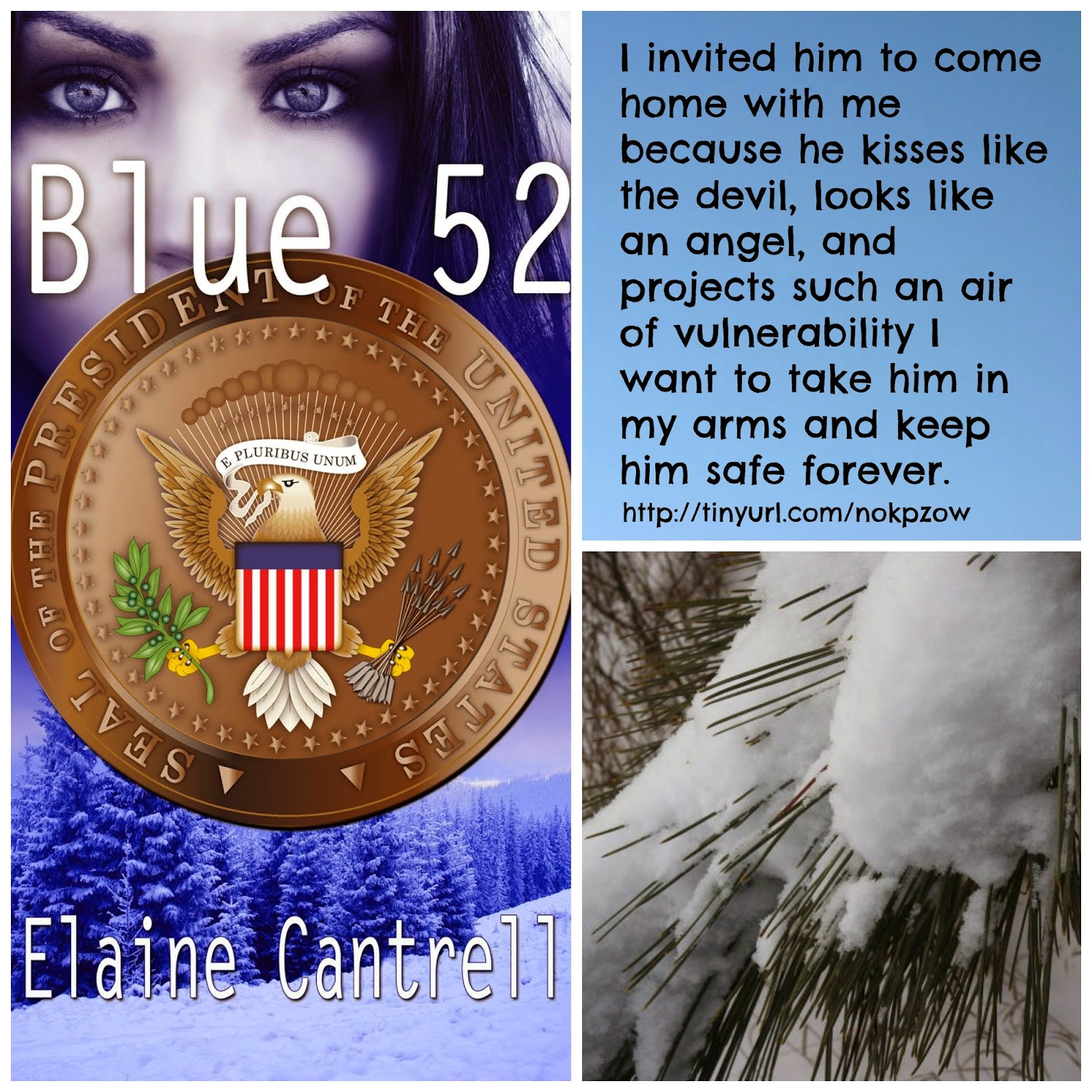 During the month of December my characters take over my blog. Let's see what they're up to.

Elizabeth: (Return Engagement) This is our last day at Elaine's blog.

Nikki: (The Best Selling Toy of the Season) I know. We'll have to wait another whole year to come back.

Prince Alan: (The Enchanted) Perhaps Madame will ask you to pay her a visit during the coming year.

Nikki: Well I hope so. What are we doing today?

Prince Alan: We are sharing an excerpt from Blue 52. It is one of Madame's greatest masterpieces.

Elizabeth: It's about my son too.

Prince Alan: Then let us begin at once.


The senator called for the coffee as Hank threw himself down on the sofa. “Uh oh, I sat on a folder.

You ought to keep stuff on your computer, Grandpa.” He pulled the folder from under his hip and looked at it. “What is this? It has Kathryn’s name on it.”

“In a minute.” Hank opened the folder and scanned its contents. “So you investigated Kathryn even after I told you it wasn’t necessary.” He detected no repentance on his grandfather’s face.

“I’m sorry you saw it. I didn’t want you to know about the investigation, but I make no apologies for trying to protect my family. I’ve done it before, and I’ll do it again if necessary. In my opinion it was a good move.”

“But why?” Hank slapped the folder down on the coffee table. “I told you we aren’t interested in each other.”

The senator counted the reasons. “First, she tried to sell us an incredible bill of goods. I wanted to know if she had the credentials to back up her claim. Second, I wanted to be sure she isn’t connected in some way to Stanton, Glass, or Tate, and third, I saw your face when you kissed her. Whether you want to admit it or not, you’re attracted to her, so I wanted to know about her family.”

Hank froze. “If I were interested in her, it wouldn’t be any of your business, would it?”

Senator Lovinggood looked at him as if he were a schoolboy caught in some mischief by his teacher. “Yes, it would be my business. I’ve been thinking lately that it’s time you got married, and I don’t want you to make a mistake.”

“I don’t especially want to get married right now,” Hank exclaimed. His face flushed. “But when I do, I can pick a woman just fine without any help from you.”

Buy link: http://tinyurl.com/py7tjps
Posted by Elaine Cantrell at 5:00 AM