Drown: Orders of the Sky Part One 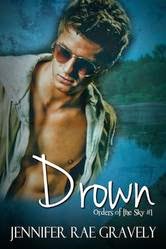 Drown (Orders of the Sky #1)
Booze. Brawls. Betrayal. The summer of 1988 changed everything. My parents separated, I left for college, and Stone Harrison lit my world like Apollo streaking across the sky. My obsession and desire for him overpowered all my sense and drained my sensibility as I fought to maintain control over my own destiny. Four years spent in pursuit of degrees and one certain soldier altered my future forever. Can I be the person I am destined to be with him or does a compromise of my soul spoil the perfect ending?

“Come with me.” I grabbed Stone’s hand and led him from the table, through the den, and up the stairs to my bedroom. I closed the door behind us. “Ta-da.” I flourished my arms wide. “Welcome to my room.”

“Nice. You’ve never shown me your room before. Anything else you want to unveil?” Mischief flashed behind his eyes.

“Maybe,” I teased, touching his arm, “but first…” I skipped to the closet and lifted a box from the top shelf. “Your Christmas present. See, I didn’t forget you.” I carried the box to the edge of the bed.

“I could never forget you.” He reached out and put both hands around my waist, pinning me to his body.

My knees made like a hot knife through butter—I melted at his touch. My arms went around his neck as his lips consumed mine. Fire jumped from his hands as they slid up to my breasts. Fighting the undeniable undulation of the tide, I pulled away and murmured, “I have to tell you something.”

“I don’t want to know.” His lips found my neck.

He lifted me in his arms and laid me on the bed. The box fell to the floor. “Oh, Andie—I’ve wanted you so much.” Skillfully, he began to unbutton my blouse. His powerful hands gripped my shoulders; his soft lips pressed against my skin. The blouse slid to the floor.

“I want you too.” I responded, my hands groping for his belt.

“Do you?” His kisses ceased and he jerked away. He stared at the nightstand. “Do you,” he repeated, “or do you want him?” He picked up the framed picture of Travis—arms encircling my waist, Christmas tree behind us in the background. The glass shattered as he threw it to the floor. 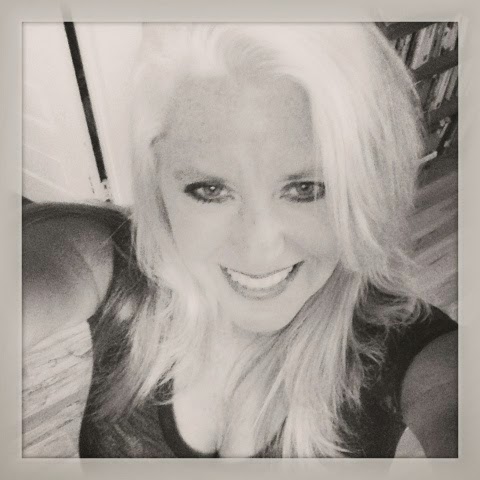 Born in Ohio but raised in Pickens, SC, Jennifer Rae Gravely graduated from Converse College with a triple major in History, Politics, and English before earning a master's degree in education. Returning to her high school alma mater to teach English and coach volleyball, Gravely's teams won six state championships and eight upper state titles in twelve years. Moreover, the SCACA named her coach of the year for the 2013 season.
Jennifer writes about the fictional Southern town of Keowee. The Astraea Press novels, Knight of the Dead and Set to Love, in addition to the short story, "Love and Diamonds," deal with present day Keowee and are contemporary romances. The edgier novels of the Orders of the Sky series Drown and Rivers, published by Blue Tulip Publishing, take place in the eighties and nineties and are best classified as new adult fiction.
She lives with her husband, daughter, seven beagles, and one rescued barn cat.

Buy Link:http://www.amazon.com/Drown-Orders-Sky-Jennifer-Gravely-ebook/dp/B00LBGSSVU/ref=sr_1_1?ie=UTF8&qid=1429139507&sr=8-1&keywords=drown+by+jennifer+gravely
Posted by Elaine Cantrell at 6:00 AM

Thanks, Elaine, for spotlighting Drown! :) I absolutely adore Andie and Stone even if their relationship is rather rocky.

LOL. Wait until you read Rivers, the sequel to Drown.