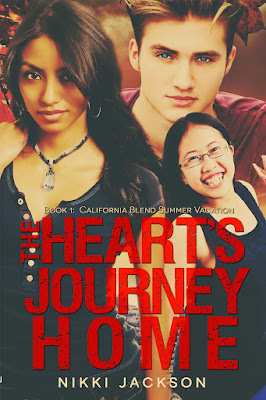 It’s summer vacation, and all seventeen-year-old Tori Logan wants to do is hang out with her two best friends, practice her mixed martial arts and go to FBI spy camp. Summer means freedom (mostly from adults) and Tori plans to fill every spare moment of her last summer before graduating from High School with all the fun things she and her best pals can come up with.

Tori, whose mom died of breast cancer when she was young, has always relied on her own strength to get by - especially because her Archeologist father tends to leave her behind with his live-in girlfriend while he gallivants around the world on digs.  Thankfully, Tori can take care of herself. She knows exactly who she is and what she wants to do with her life. Her Lakota Sioux grandfather, a former Navy SEAL, trained Tori in self-defense from a young age. Now, as a teenager, Tori excels at mixed martial arts and the use of various weapons.  During the summer she will be attending an FBI sponsored Summer Camp which she hopes will lead to her dream job – becoming an FBI serial killer profiler.

With her two best friends at her side, Tori believes she can handle anything. And with summer vacation stretching before them, the trio plans to find plenty of adventure.

But while Tori is determined to be independent, life has other plans for this fierce young woman, and they include coming to grips with some hard - and surprising - truths about both her past and her future.

I could really use a belt. Fin thought as he jumped from the porch, bounding over the five steps.  Running down the graveled drive at break-neck speed he cursed the fact he was wearing tennis shoes - that along with the baggy, beltless pants was hemming up his stride.

The sound of shrieks and a male voice yelling at him in a foreign language didn’t help the matter.  Fin tripped over his own size 12 feet, rolled and got up running.  After gathering his wits about him he heard a muffled roar zoom past him followed by a streak of green.  He was unsure of what it was but he was too scared to try to figure it out – he was running now – minus the jeans and a tennis shoe.

Fin all but dove into his Camaro thankful he’d left the keys in the ignition and not in his pants pocket.  He turned the key and sped down the drive, kicking dirt and gravel in his wake.  In his rear-view mirror he could see the crazy man chasing him with the longest, sharpest sword he’d ever seen.

Making it to the end of the drive, Fin did a complete donut, spun the vehicle around in the right direction and then tore off down the street.  Tori had grabbed his errant shoe and AJ leaned down to scoop up the jeans, then the two of them tore down the drive after Fin.

1.    What’s  the best and worst part of being an author?
For me the best part of being an author is the writing.  Everything about the ‘process’ is engaging.  I love the birth of the idea for the book.  I’m a visual writer so I see the whole book in my head first.  Before I’ve written a word I literally see it there from beginning to end.  I love the research I do for the book, finding out stuff and learning new things.  Research acts as a sort of muse for me keeping me in the head-space of the book.  As I do the research the characters and setting comes to life, sort of like a painter who outlines his work first then adds color.  Once I feel I’ve researched enough I start writing.  I write every day, I have to.  At this point the book is begging to be written.
I’ve found that the worst part of being an author is finishing the book.  This might sound strange but when I wrote the last word of the last sentence on the last page I smiled and jumped for joy.  The Heart’s Journey Home was a nearly three year trek from beginning to end.  There were times I didn’t even see an end in sight, then there I was.  I emailed the finished manuscript to my editor, grabbed a cup of coffee and turned on the TV.  By the time the program ended I was missing my characters.  About three days later I took pen and paper in hand and started working on book two of the series – A Layover in Doppelganger-ville.  I couldn’t go a whole week without sharing the same space with Tori, AJ and Kalea.  I actually missed them.

2.    Which Book of yours is your favorite? Why,
The Heart’s Journey Home is a series, likely four books.  California Blend Summer Vacation is the first book of the series and the only one that’s currently published.  I’m working on the second book and truth be told I’m having a great time.  I don’t want to put any spoilers out there so I’ll just say the main character Tori continues the journey of life she’s on in an out-of-the-way place.  It creates for her a unique situation that challenges her to live within rules and boundaries which are words that aren’t easily a part of her vocabulary.   I’m a good ways into this book and I have to say that this book is my favorite.  Why?  Because it puts Tori in an extreme situation that she’s not readily getting out of and her old behavior isn’t going to work here.  So there’s a lot she has to work on and work out along the way.  I love characters being challenged and they themselves not knowing how they’re going to get through something or survive.  It puts the reader and the character on the same journey – what’s going to happen next?  How is this going to end?

3.    What are your favorite authors in the genre that you write?
I don’t really have a favorite author, I just read what I like.  The book’s cover has to catch me and the blurb on the back of the book has to really pull me in or I’m likely to leave it on the shelf.  Any book has a good three minutes to engage me so the writer is going to have to be spot-on.  I look at the cover first and I’m either going to stop or not.  I pick the book up and read the back.  If it passes that test I’ll read the prologue or in absence of a prologue I’ll read the first two pages of the first chapter.  I’ve literally put a book down because I couldn’t get past the prologue or the first two pages – swearing already, quasi-sexual behavior or the characters are engaged in something else I consider questionable.  I’m not putting down these books or the authors that pen them I’m simply saying I’m a reader with my own specific tastes.  Most recently I’ve read or viewed the following movies – Divergent, The Fault in Our Stars, Ender’s Game, The Hunger Games.  I’ll get in a loop so I’ll see the movie or read the same book again and again.  I love stories that have strong female characters – strong but a little flawed, where there’s room for growth and I as the reader get to see that along the path of the story.

4.    Which or your characters is most like you?
If you asked my siblings they would say the main character Tori and I’d have to agree.  I took some real good-natured teasing from my sisters after they read the book.  I practiced martial arts as a teen (ended with a 2nd degree red belt in Tang Soo Do), I love mixed martial arts, if I had life to do over I would be a profiler for the FBI, and I love watching the rigorous training the Navy SEALs go through.   Tori is a person of color, stubborn, hates to admit when she’s wrong, and my sisters could probably go on and on.  I guess you could say that Tori is my book avatar, and I love it.  We writers creates worlds we wish we could live in and then we do – through our characters.  The fun part of writing a book is that we ask the reader to come along for the ride.

Ever since she was young, Nikki Jackson has loved reading and the way that books allow you to journey on wonderful adventures without ever leaving the comfort of home. She decided at a young age that she wanted to become a writer to enable others to experience the magic of books—and The Heart’s Journey Home is the result.
In addition to writing, Nikki Jackson is a contract worker for General Motors. She and her husband currently live in the Detroit metropolitan area.

Links
The Heart’s Journey Home Blog is currently under construction and will be online soon.
http://www.amazon.com/The-Hearts-Journey-Home-California-ebook/dp/B01551MLZA
Twitter - https://twitter.com/journey4home

Nikki Jackson will be awarding a $25 Amazon/BN GC to a randomly drawn winner via rafflecopter during the tour. Use the link below to enter.

Thanks for hosting a stop on my book tour, looking forward to spending the day with you!

Thank you all for stopping by!

Wow, sounds great. Thanks for sharing this book.

Thanks Hope Dreams for hosting such a nice stop on my book tour. it was great!